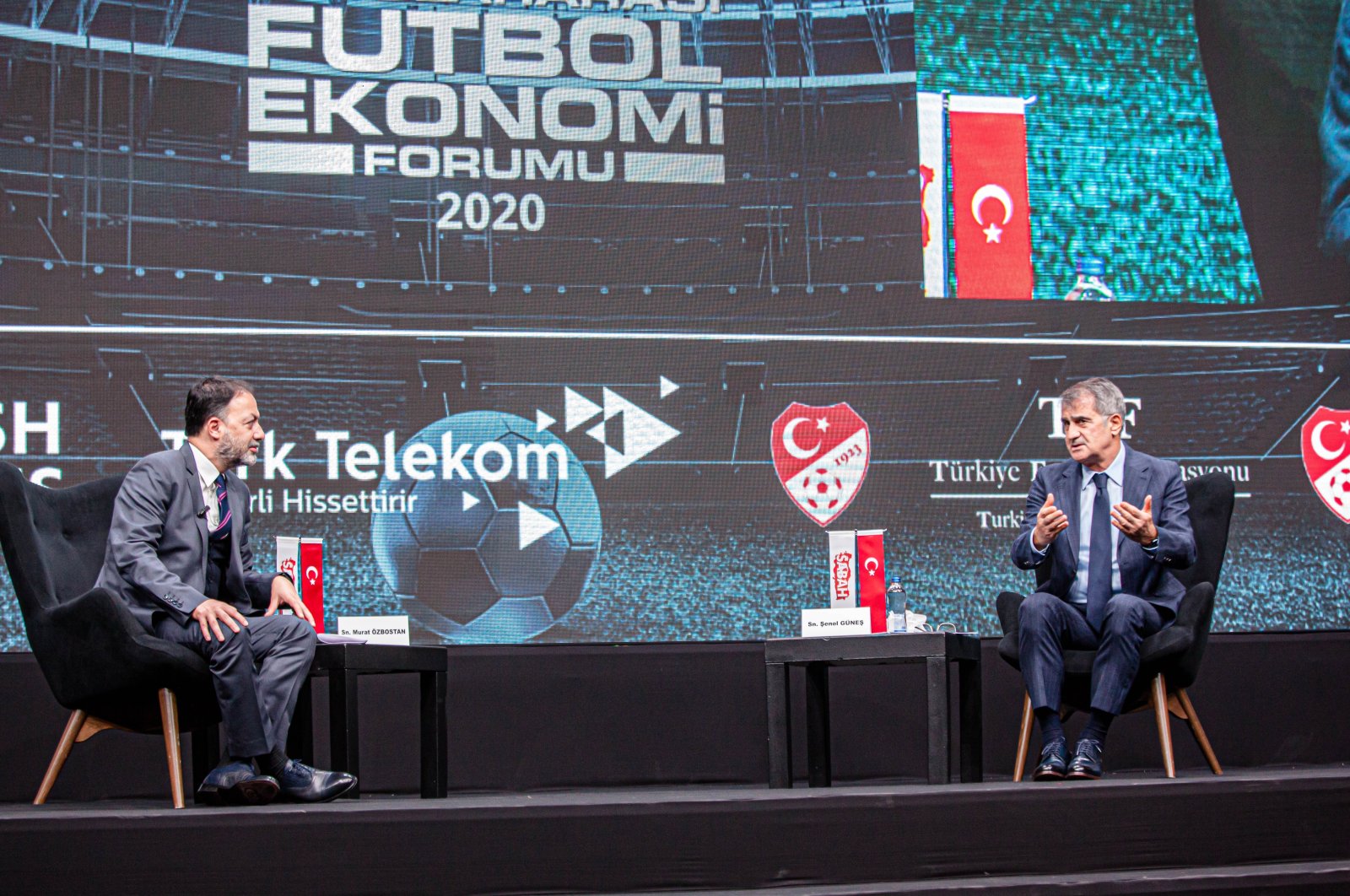 Kasapoğlu said in his speech that the coronavirus pandemic has affected all sports worldwide.

“I believe we will get through it in the least costly way,” he said.

Özdemir said that the federation is aware of the problems caused by the pandemic in the Turkish football economy, adding that they are trying to overcome this process with the least damage.

During the first day of the event, Turkish national team coach Şenol Güneş shared his perspectives on football in a special session moderated by the head of the sports department of the Sabah daily, Murat Özbostan. Other prominent members of the football world will deliver speeches in special sessions.

In the "Women's Hand in Turkish Football" panel, the coach of the women's Beşiktaş football team, Bahar Özgüvenç, Kayserispor President Berna Gözbaşı and Lale Orta, the head of the Sports Management Department of Okan University School of Applied Sciences, shared their views in a session moderated by the Ankara representative of Sabah, Şebnem Bursalı.