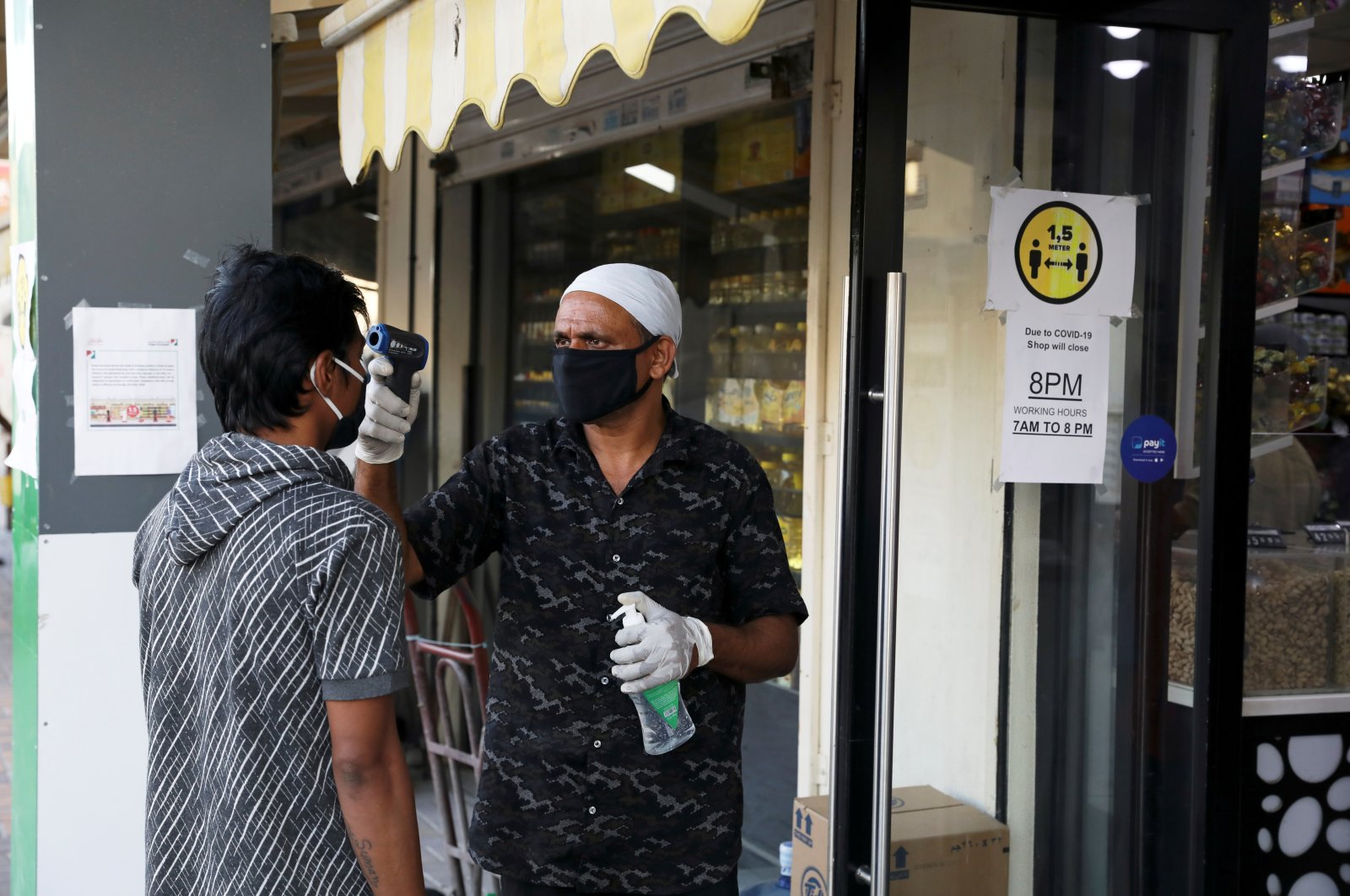 A man wearing a protective face mask has his temperature taken outside a corner store, following the outbreak of COVID-19 in the Al Quoz industrial district of Dubai, UAE, April 14, 2020. (Reuters Photo)
by Agencies Sep 23, 2020 3:03 pm

The United Arab Emirates' (UAE) economy will suffer a deeper contraction than previously expected due to the COVID-19 outbreak, the country’s central bank forecasted, making a downward revision in earlier estimates.

The gross domestic product (GDP) will shrink by 5.2% in 2020, compared with a previous forecast for a decline of 3.6%, a Bloomberg report has said, citing the central bank’s quarterly review on Wednesday.

“As a regional trade, tourism and transportation hub, the UAE economy was hit by the general ban on travel, while manufacturing production shrunk due to supply chain disruptions, limited export opportunities and subdued domestic demand,” the central bank was cited as saying.

The outlook came slightly worse than forecasts compiled by Bloomberg, which estimated a decline of 5.1% this year.

In the first quarter of this year, the UAE economy shrank by 1% year on year, with non-oil GDP down by 3%, as opposed to hydrocarbon GDP, which rose by 3.7% year on year.

In its initial first-quarter report the bank said: “While recovery of economic activity is projected to commence in the second half of the year, recovery of economic sentiment will hinge on deploying policy support measures,” referring to stimulus schemes of the central bank and local and federal governments.