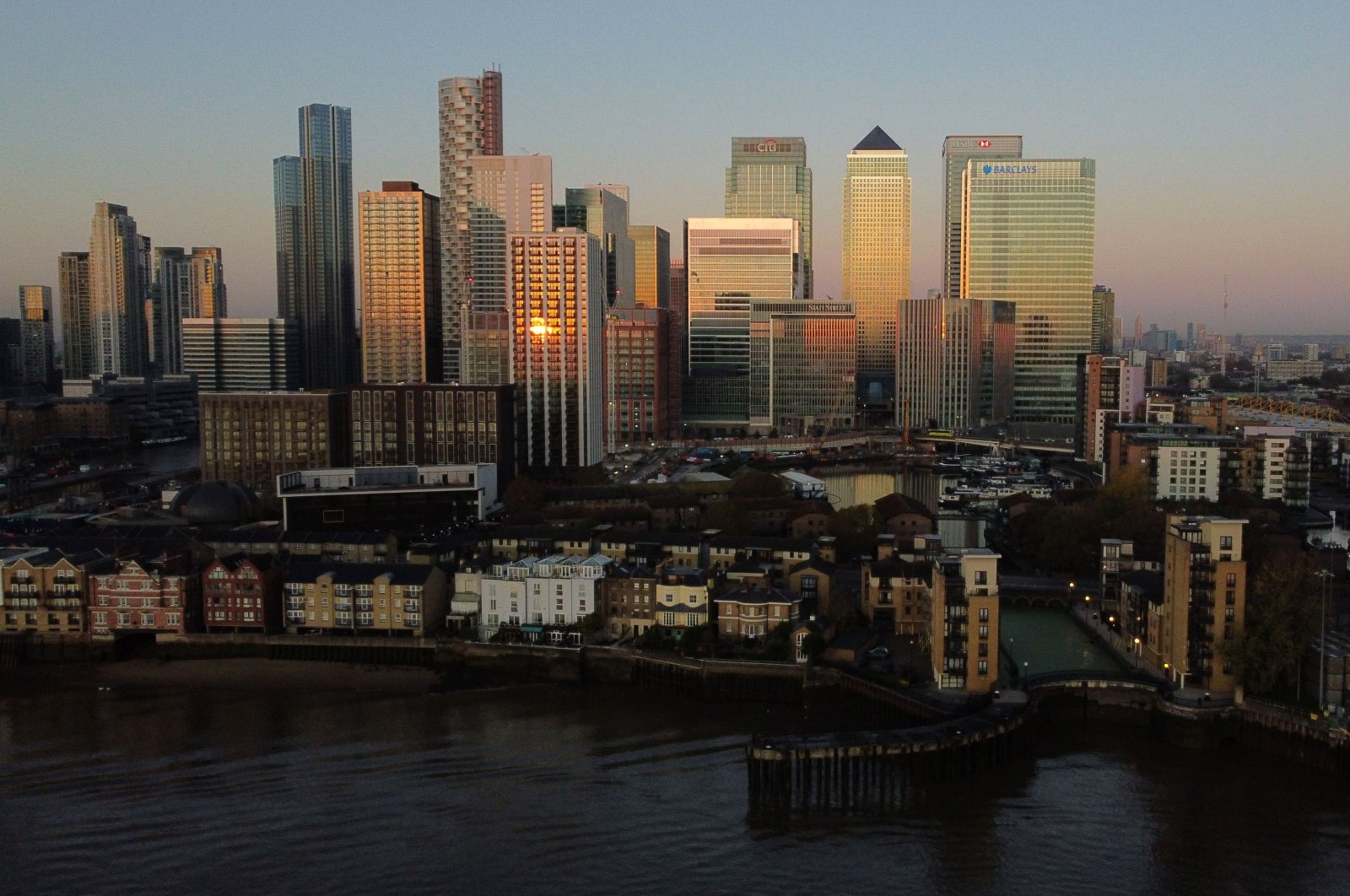 An aerial view of London's Canary Wharf financial district as the sun rises over the River Thames in London on Nov. 4, 2020. (AFP Photo)
by REUTERS Nov 04, 2020 2:58 pm
RECOMMENDED

The IHS Markit/CIPS services Purchasing Managers' Index (PMI) fell to a four-month low of 51.4 in October from 56.1 in September, closer to the 50 mark that represents zero growth than an initial reading of 52.3.

"October data indicates that the U.K. service sector was close to stalling even before the announcement of lockdown 2 in England," IHS Markit economist Tim Moore said.

From Thursday all non-essential shops, pubs and restaurants in England will close for four weeks, except where they serve takeaway food.

"The U.K. economy seems on course for a double-dip recession this winter and a far more challenging path to recovery in 2021," Moore added.

The new orders component in the services PMI fell sharply and businesses shed jobs for the eighth month in a row.

The composite PMI, which includes stronger manufacturing data released on Monday, sank to 52.1 from 56.5, also weaker than the initial "flash" estimate.

The restrictions are less wide-ranging than in March and April, but some economists have predicted output in November will fall by as much as 10%, reducing output for the fourth quarter by around 3%.

Samuel Tombs, chief U.K. economist at Pantheon Macroeconomics, only predicts a 0.7% drop in the fourth-quarter gross domestic product (GDP), followed by a 2% rise in the first three months of 2020, but said the PMIs still represented bad news.

"Hopes of a V-shaped recovery are dead and buried," he said.

British GDP slumped by 20% during the longer lockdown in the second quarter of 2020, the biggest decline of any major advanced economy, but recovered rapidly early in the third quarter before COVID-19 cases rose.

The Bank of England looks set to launch another round of bond purchases on Thursday and downgrade its economic forecasts from those it gave in August when it predicted GDP would be back to pre-crisis levels by the end of 2021.