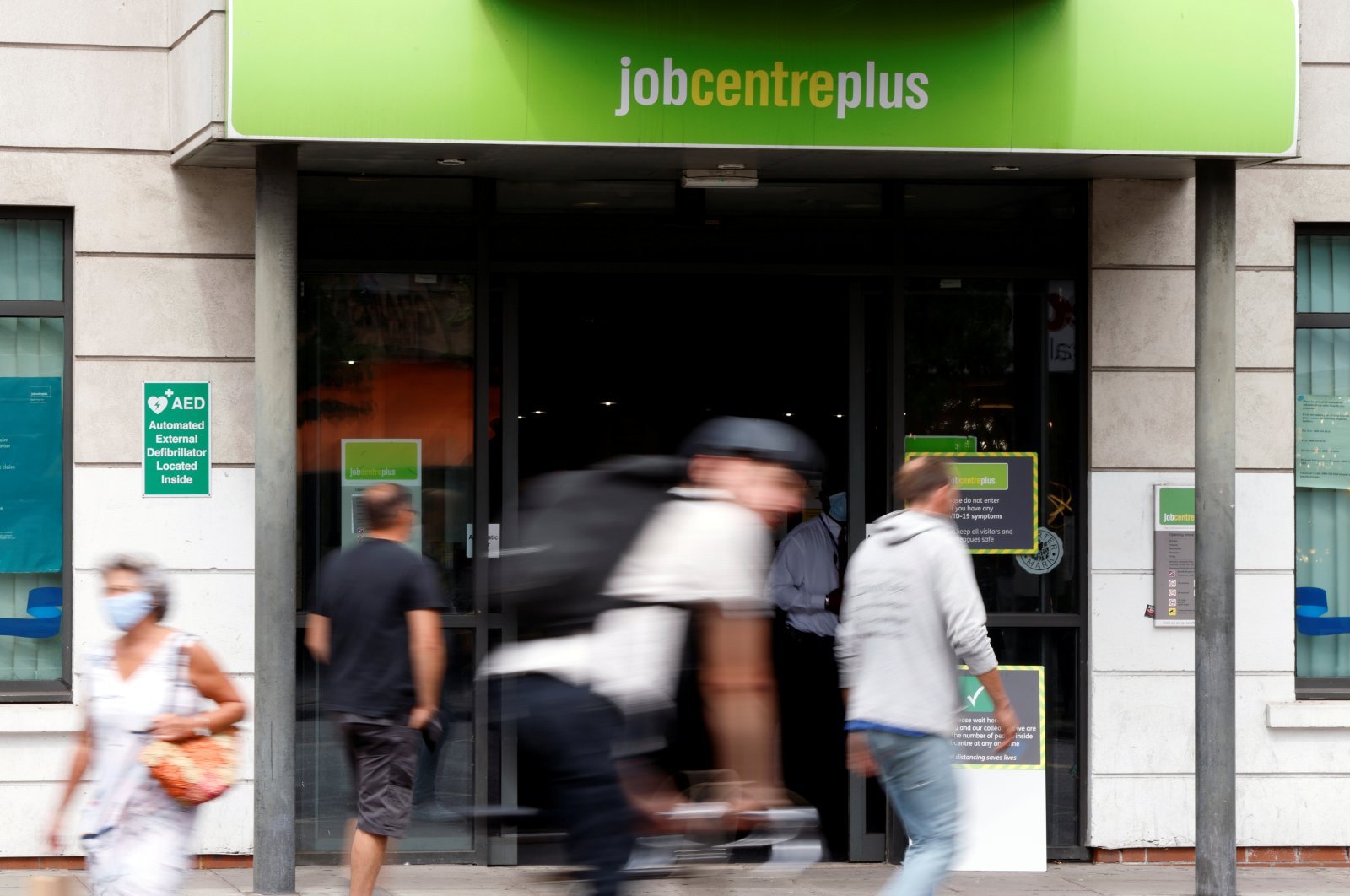 People walk past a branch of Jobcentre Plus, a government-run employment support and benefits agency, as the outbreak of the coronavirus disease (COVID-19) continues, in Hackney, London, Britain, Aug. 6, 2020. (Reuters Photo)
by REUTERS Jan 26, 2021 2:42 pm
RECOMMENDED

Britain experienced its highest unemployment rate in nearly five years in the three months to November as the second surge in COVID-19 cases caused substantial parts of the country to turn toward more strict measures like partial lockdowns.

Redundancies touched a record high, taking the unemployment rate to 5.0%, its highest since mid-2016, according to official data, although the increase was slightly weaker than economists' forecasts.

There were some signs of a limited recovery in December, when lockdown measures eased, although a deterioration is likely in early 2021 as a tougher lockdown shut schools and closed most non-essential businesses to the public.

Tax data for December showed a 52,000 increase in the number of staff on company payrolls from November, but there were 828,000 fewer workers on payrolls than in February.

Economists said the data showed the jobs market was holding up better than many forecasters had feared.

Unemployment has been kept down by the government's Job Retention Scheme, which supported 2.4 million jobs as of Oct. 31, down from a peak of 8.9 million in May.

The program is Britain's most expensive COVID-19 economic support measure, costing 46.4 billion pounds ($63 billion) up to mid-December, and is due to end on April 30.

"This crisis has gone on far longer than any of us hoped – and every job lost as a result is a tragedy," finance minister Sunak said after Tuesday's data. "We're throwing everything we've got at supporting businesses, individuals and families."

Tej Parikh, chief economist at the Institute of Directors, urged Sunak to extend support for jobs in his March 3 budget.

"The latest lockdown will have only added further pressure on firms with troubled balance sheets, which means more jobs are likely to be lost in the coming months," Parikh said.

The number of people in employment dropped 88,000 in the three months to the end of November, the smallest fall since the start of the pandemic and less than the 100,000 drop forecast by economists in a Reuters poll.

Bank of England Governor Andrew Bailey said this month that he believed the underlying jobless rate was higher, as the official definition excludes people without work who have temporarily postponed their job search due to the pandemic.

The data showed growth in wages rose by an annual 3.6%, the biggest increase in more than a year.

The Office for National Statistics, however, said the increase largely reflected how the brunt of job cuts and lost pay had fallen on workers in lower-paid sectors and on part-time workers. Underlying pay growth was less than 2%, it said.