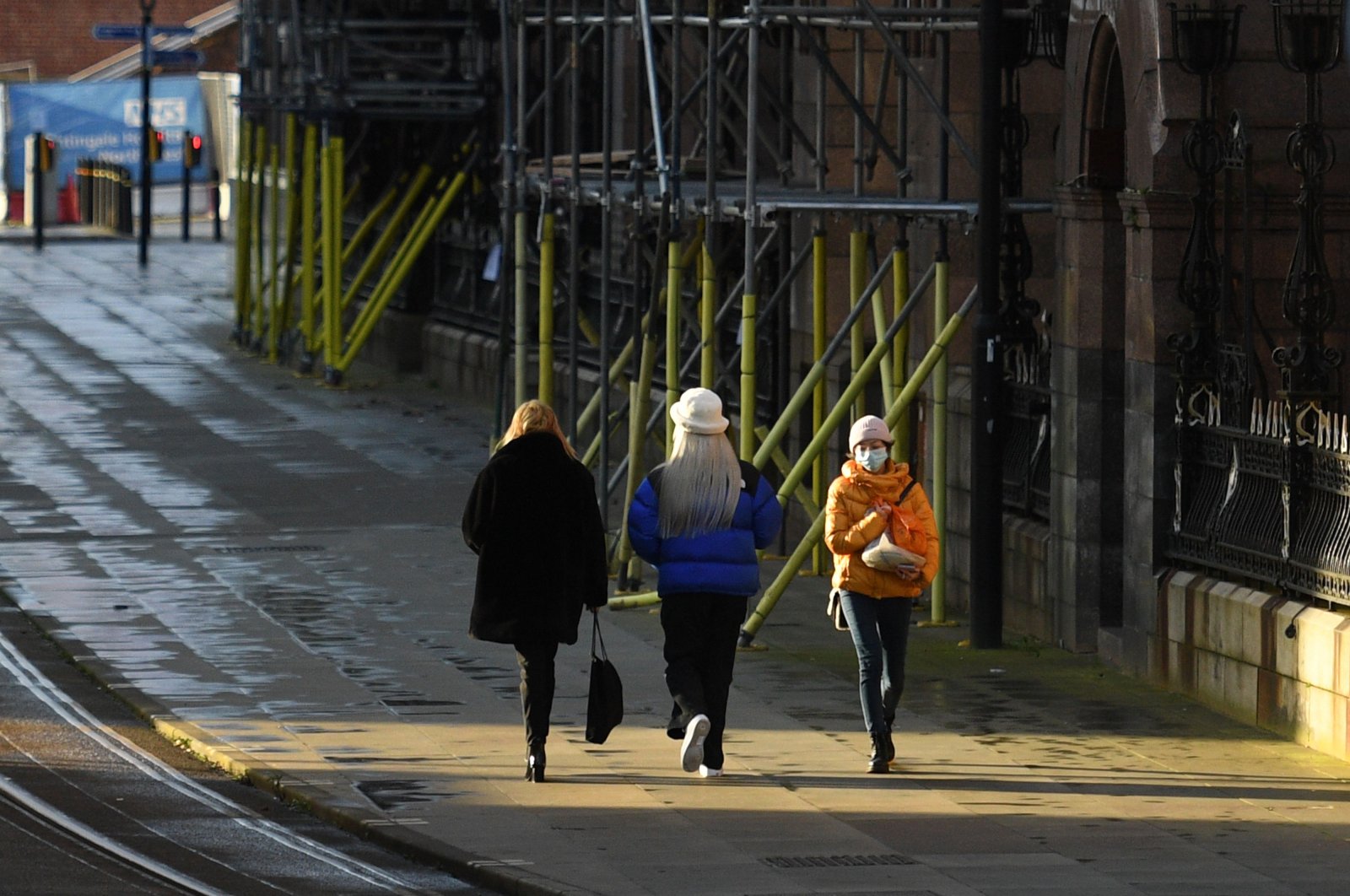 Pedestrians, some wearing masks or face coverings, walk along an almost empty street in Manchester, north west England on Jan. 5, 2021, as Britain enters a second national lockdown to combat the spread of COVID-19. (AFP Photo)
by REUTERS Jan 05, 2021 3:24 pm
RECOMMENDED

Britain offered a 4.6 billion pound ($6.2 billion) support package for businesses on Tuesday to soften an expected recession caused by a surge in COVID-19 cases that has prompted a third national lockdown.

Most people must work from home and schools have closed for almost all pupils. Hospitality venues must stay shut, as well as non-essential shops.

Britain's economy now looks likely to tip back into recession – shrinking in the final quarter of 2020 and the first quarter of 2021 – after suffering a record 25% fall in output in the first two months of lockdown in 2020.

The new downturn is expected to be far smaller, with most businesses now much better adapted to working remotely and construction sites and factories expected to stay open.

But economists at J.P. Morgan still predicted a hefty 2.5% fall in output for the first three months of 2021.

Finance minister Rishi Sunak has previously announced emergency help for the economy worth 280 billion pounds, including a massive job protection scheme that will run until the end of April.

Under Tuesday's additional measures, retail, hospitality and leisure companies will be able to claim one-off grants worth up to 9,000 pounds to get them through the coming months, costing up to 4 billion pounds in total, along with 600 million pounds of grants for other businesses.

"This will help businesses to get through the months ahead – and crucially it will help sustain jobs, so workers can be ready to return when they are able to reopen," Sunak said.

Government forecasters in November predicted almost 400 billion pounds of borrowing this financial year, equivalent to 19% of gross domestic product (GDP) – a peacetime record but one that, at least for now, can be financed at record-low interest rates.

The Bank of England is buying government debt and in November ramped up its asset purchase program to almost 900 billion pounds with the intention of using it throughout 2021.

However, the British Chambers of Commerce said Sunak's "drip-feed approach" to support businesses would see many go to the wall as they would not qualify for sufficient assistance.

"While this immediate cashflow support for business is welcome, it is not going to be enough to save many firms," BCC director-general Adam Marshall said.

Britain suffered the most severe contraction of any Group of Seven economies in the second quarter of 2020 and the Organisation for Economic Co-operation and Development has estimated Britain's recovery by the end of this year will be the slowest of all its member countries except Argentina.