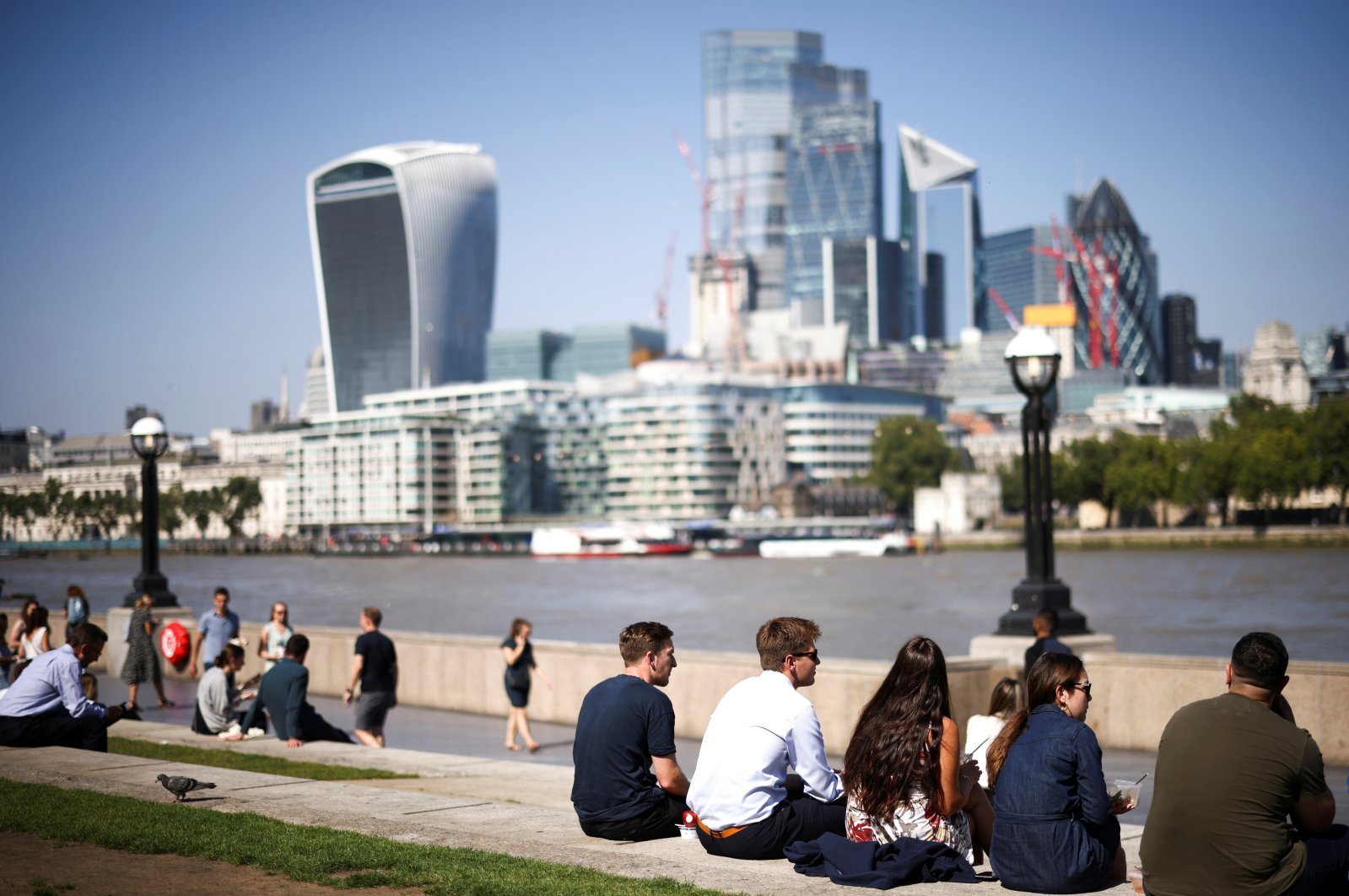 The City of London financial district can be seen in the background as people relax in the sunny weather on the south side of the River Thames in London, Britain, Sept. 7, 2021. (Reuters Photo)
by REUTERS Sep 14, 2021 10:10 am
RECOMMENDED

British employers added a record 241,000 staff to their payrolls last month, lifting the total number of payrolled employees just above the level they were before Britain first went into a COVID-19 lockdown last year, official data showed on Tuesday.

Tuesday's data show continued recovery in Britain's job market as the government phases out its furlough support program, which will finish on Sept. 30.

Businesses reported more than 1 million vacancies in August – an all-time high – and the unemployment rate fell slightly to 4.6% in the three months to July, the Office for National Statistics (ONS) said, in line with economists' expectations in a Reuters poll.

During the three months to July, the number of people in employment, which includes the self-employed as well as employees, rose by 183,000, broadly in line with forecasts.

July marked the peak of a so-called "pingdemic" when hundreds of thousands of staff had to self-isolate after being alerted by a government mobile phone app that they had been in contact with people who had tested positive for COVID-19.

Businesses reported 1.034 million vacancies in August, the highest since these records began in 2001.

Separate data last week showed that as of mid-August, around 700,000 workers were fully furloughed while 900,000 were on reduced hours and still receiving part-time furlough payments, compared with around 9 million full-time recipients at the peak.

Average weekly earnings in the three months to July were 8.2% higher than the year before, although the ONS said this was heavily distorted by pandemic and furlough-related effects.

Pay excluding bonuses rose by 6.8% year on year in the three months to July, and the ONS said the true underlying rate was probably 3.6%-5.1%.

Gregory from Capital Economics said she expected labor shortages would be temporary.

"The danger is that they persist for longer than we expect, causing inflation to stay high and the Bank of England to pull the interest rate trigger next year," she added.