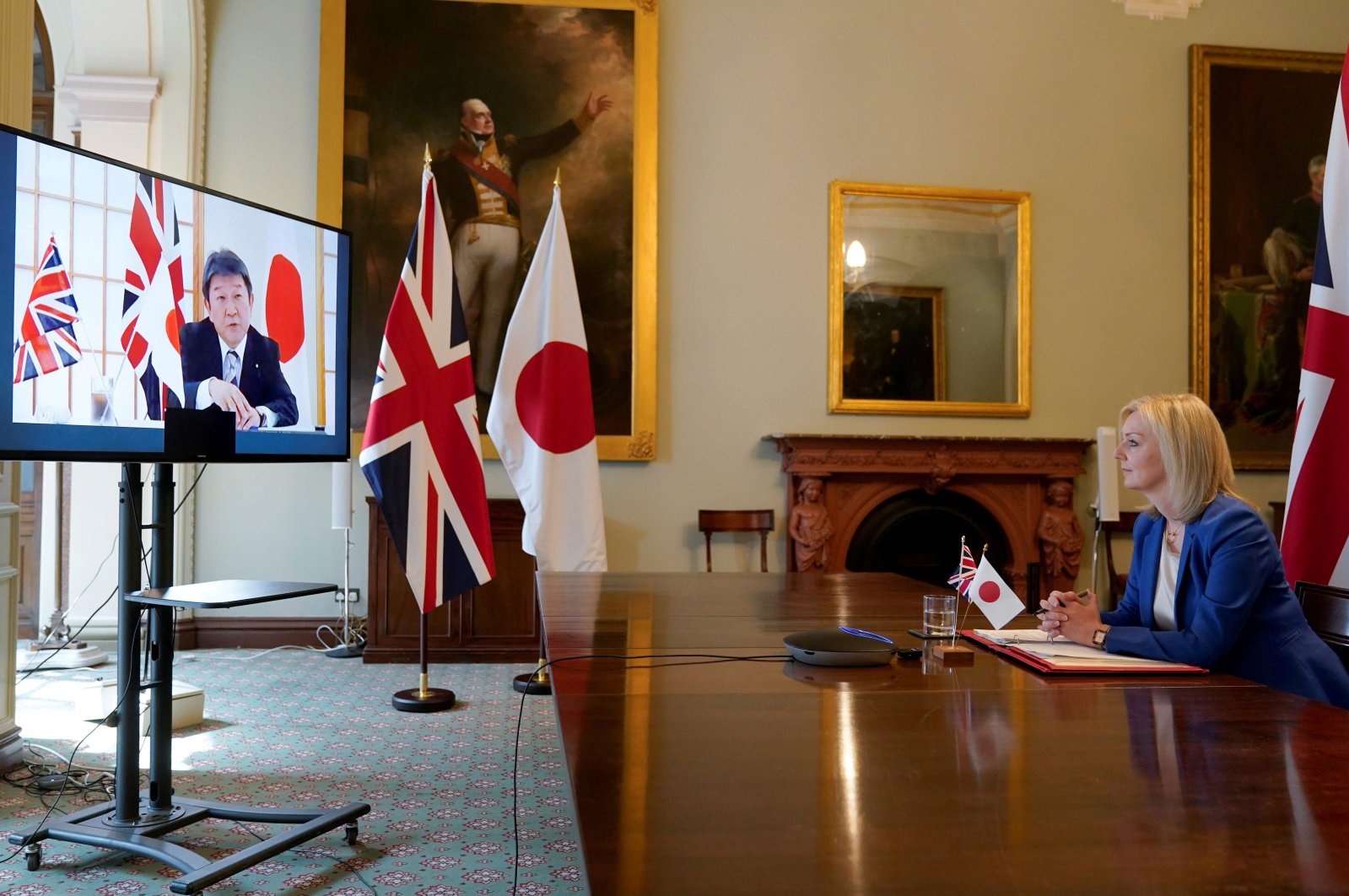 Britain struck its first post-Brexit trade deal with Japan Friday, hailing the agreement a "historic moment," just as it is struggling to clinch a deal with its closest trading partners in the European Union.

Britain said the deal, which had been agreed on in principle, meant 99% of its exports to Japan would be tariff-free.

Digital and data provisions in the agreement went "far beyond" those in the EU's trade deal with Japan, in a boost for British fintech firms operating in the Asian country, it said.

Financial service firms, food producers, coat makers, confectioners and cheese producers will benefit from the agreement, which represents an "important step" toward Britain joining the Comprehensive and Progressive Agreement for Trans-Pacific Partnership (CPTPP) in the Asia-Pacific region.

Major Japanese investors in the U.K., such as Nissan and Hitachi, will benefit from reduced tariffs on parts coming from Japan and streamlined regulatory procedures, the British trade department statement said.

Prime Minister Boris Johnson has said Brexit will give Britain the freedom to strike trade deals with other countries around the world.

Critics say such agreements are unlikely to replace exports lost to the European Union if a deal cannot be struck with Brussels.

The EU has ordered Britain to scrap plans to break the divorce treaty, but Johnson's government has refused, potentially sinking four years of Brexit talks.

Japan sought to reach a broad consensus with Britain on trade this week, ahead of a change in government in Tokyo, which could have caused negotiations to drift.

Next Monday, Japan's ruling party will choose a new leader to succeed Prime Minister Shinzo Abe, who is stepping down for health reasons. His successor will become the next premier and form a new Cabinet.

The political changes could include replacing Japan's Foreign Minister Toshimitsu Motegi, who leads on trade negotiations. Motegi said Friday the aim was to have the trade deal with Britain come into force by January.

Japan will submit the agreement to its parliament, which is expected to be convened later this year.