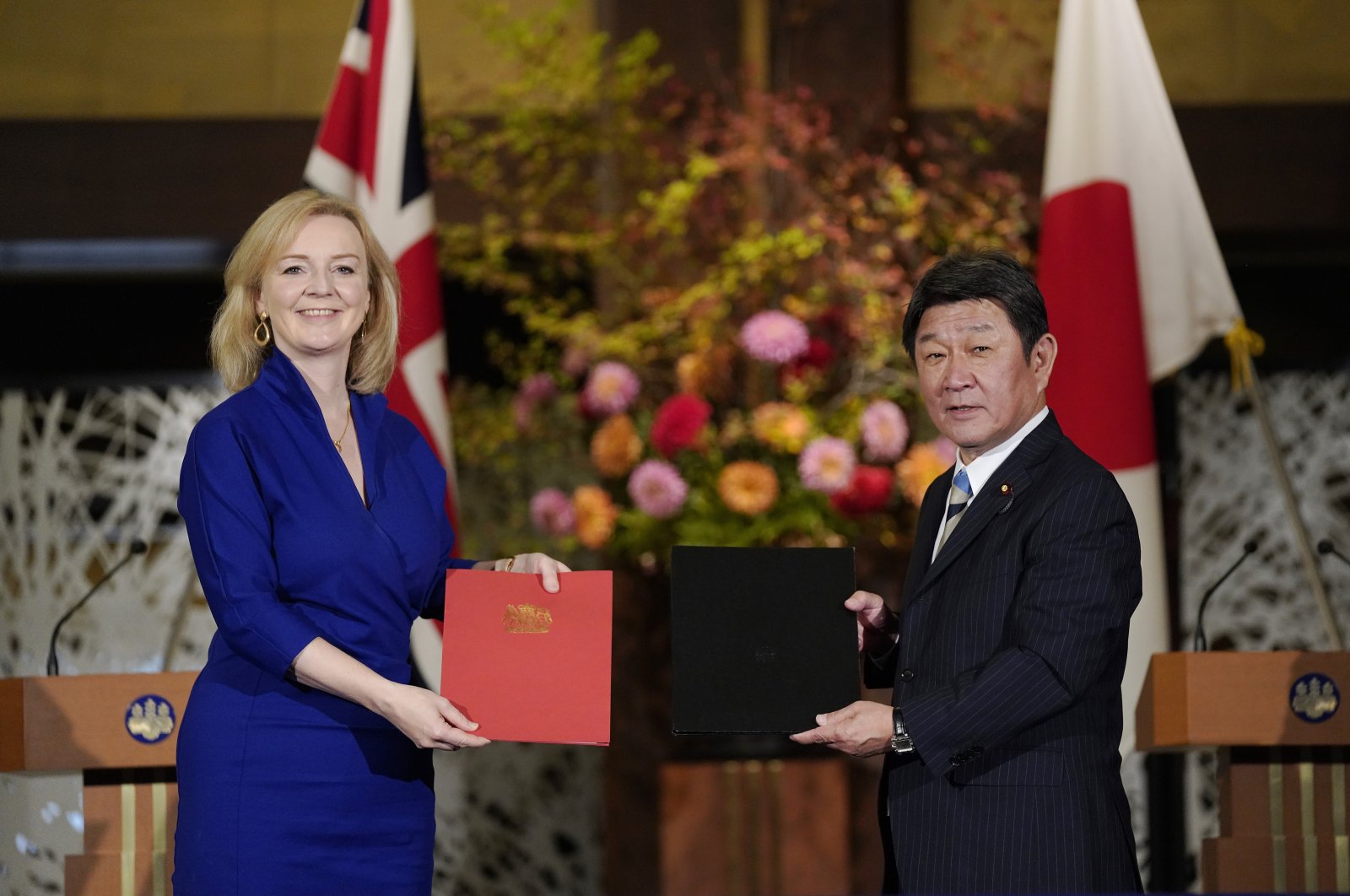 Japan and the United Kingdom signed a bilateral free trade deal Friday in the the first such major post-Brexit deal, reducing tariffs on Yorkshire lamb sold in Japan, as well as auto parts for Japan’s Nissan plant.

“How fitting it is to be in the Land of the Rising Sun to welcome in the dawn of a new era of free trade,” British International Trade Secretary Liz Truss told reporters at a signing ceremony in Tokyo.

Appearing with Japanese Foreign Minister Toshimitsu Motegi, Truss called the agreement a “landmark” as the first major trade deal for Britain since it returned as an independent trading nation.

The deal, estimated to boost British trade with Japan by 15 billion pounds ($19.5 billion), will also make it easier for British companies to operate in Japan.

Financial services make up Britain’s biggest export to Japan, now at 28%. English sparkling wine, made-in-Britain coats and shoes, Stilton cheese, as well as pork and biscuits from Britain, will become cheaper in Japan.

Motegi said the bilateral deal ensures continuity from the preceding European agreement, while adding new areas for cooperation such as e-commerce and financial services.

Japan's existing free trade agreement with the European Union includes Britain only until the end of this year, as it exits the EU.

Parliamentary approval is needed in both nations before the agreement takes effect from the beginning of next year. It’s expected in Japan next week, as the ruling party controls both houses of parliament.

Japan already exports about 1.5 trillion yen ($14 billion) of goods to Britain, mostly autos, auto parts and other machinery, while importing nearly 1 trillion yen ($9.5 billion) worth from Britain, including pharmaceuticals, medical products and cars, according to the Japanese Foreign Ministry.

Tariffs on Japanese autos are removed gradually and won’t become zero until 2026, the same as the terms of the deal Japan has with the EU.

Motegi went to Britain in August, his first overseas trip amid the coronavirus pandemic, during which he stressed the importance for reaching a trade deal quickly.