Underwriters struggle over how to make pandemics insurable 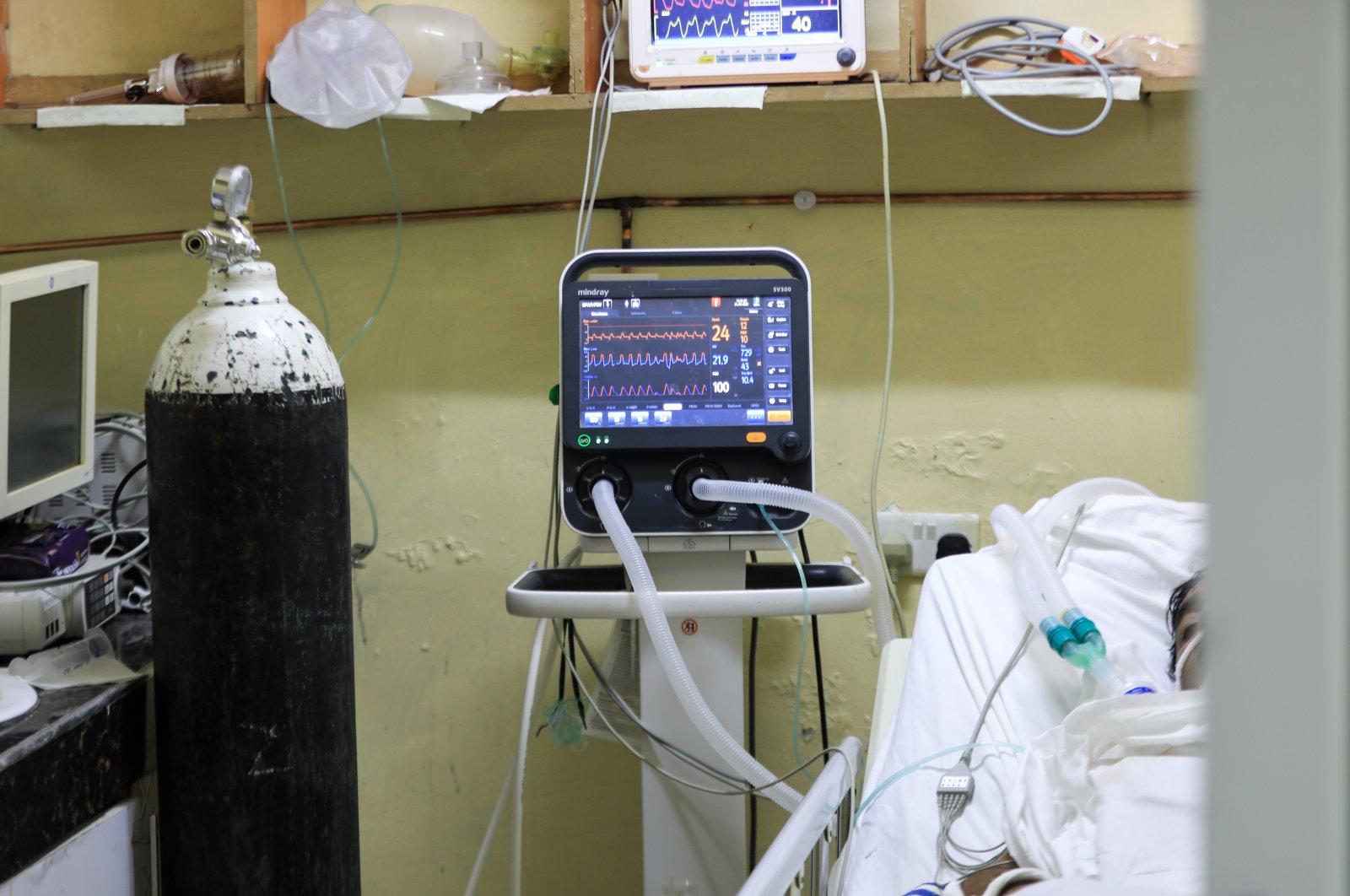 An oxygen cylinder refilled by the Hewatele oxygen plant is used by a COVID-19 patient at a local hospital with high demand for oxygen due to surge of COVID-19 patients in a Somali neighborhood, Eastleigh in Nairobi, Kenya, April 21, 2021. (EPA Photo)
by REUTERS May 10, 2021 12:15 pm
RECOMMENDED

Insurers last year, facing estimated losses of more than $100 billion globally as much of the world economy went into lockdown due to the COVID-19 outbreak, reached straight for their red pens to strike pandemic cover from all new business policies.

Denis Kessler, chairperson and CEO of French reinsurer SCOR, summed it up when he told a recent conference that pandemic risk was like war.

"We exclude war – it's not insurable," he said.

But as industries spanning travel and hospitality to construction and manufacturing revert to a new normal, huge demand is causing insurers to figure out how they can put pandemic risk back in policies without making them prohibitively expensive.

One example is the film and television industry.

U.S. company SpottedRisk has devised a model built on years of data on the political and economic environment of film locations in 150 countries, as well as a year's COVID-19 shutdown data, to come up with a pricing mechanism to cover the risk of production stoppages due to the pandemic.

"I had been told by 20-plus industry insiders that it was going to be impossible, but we found a way," said SpottedRisk chief executive Janet Comenos.

The company, which declined to name its clients, said its insurance policy has enabled 19 independent film and TV productions with budgets of between $1 million and $85 million to film at locations across the globe.

The SpottedRisk policy, which typically costs between $50,000 and $80,000 for $1 million of cover, helps to fill a gap in Hollywood where independent filmmakers have bemoaned the lack of cover, and contrasts with Britain, where a government scheme to enable film and TV production to go ahead has no insurer involvement.

While the film industry's risks are relatively contained over finite time periods, industries such as airlines have much higher potential losses and may prove harder to insure, with many insurers saying extensive cover can only come back if governments provide the same kind of backstop they offer for floods or terrorist attacks in some countries.

Insurers do not want to be caught out again, having failed to predict the extent to which economies around the world would lock up in order to suppress the virus and keep strained health systems afloat.

"It didn't capture all the subtlety of how governments respond, driven by the number of vacant ICU (intensive care unit) beds." RMS is now factoring those in.

Government responses meant that, surprisingly, claims on trade credit, event cancellation and business interruption insurance were higher than for life insurance, industry sources said, because many of those who died may not have held life insurance due to their age.

"A year ago, on the non-life side we had essentially no pandemic modeling skills," said Iwan Stalder, head of accumulation management at insurer Zurich, who has since been engaged in broader scenario modeling for pandemics.

Few have returned to offering pandemic cover for non-life policies, except where events have been scheduled long in advance and insurance bought years ago, such as the Olympics.

Cancellation of the Olympics would result in a "mind-blowingly" large loss of $2 billion-$3 billion, insurance sources say.

Instead, insurers have asked governments for help.

Britain, the European Union and the United States are all looking at arrangements in which cover from commercial insurers would be backed by government reinsurance schemes. Such schemes could be less costly than business bailouts but the process of developing them is slow, as governments grapple with the problems at hand.

Some say commercial insurers are capable of doing more.

"The private market has the ability to create solutions," said Rod Fox, CEO of broker TigerRisk Partners, which helped SpottedRisk find underwriters for its film and TV policy.

Another way to cover COVID-19 could be to repackage pandemic risk as debt through so-called insurance-linked securities (ILS), sharing that risk with investors such as pension funds.

"It became clear to us early in the pandemic that the models which were appropriate prior to COVID were no longer appropriate," said Scott Mitchell, portfolio manager for life ILS at fund manager Schroders.

"COVID-specific aspects simply weren’t captured ... the characteristics of the disease and the response by governments, and political factors that were involved in that.”

Schroders has developed new types of life ILS that take account of factors beyond mortality rates.

Insurers are also working on so-called parametric policies. These automatically pay out a specified amount when a certain trigger is reached, such as a government shutdown.

"If you put a boundary around it, you can price the risk," said Greg Medcraft, the Organisation for Economic Co-operation and Development’s (OECD) director for financial and enterprise affairs.

"For low probability, high impact events like climate change, cyber, pandemics – you have to have a new way of thinking."

While pandemics as a whole are hard to cover, some insurers have managed to slice out small parts of the risk, for instance providing travel insurance for short periods or extra medical insurance for coronavirus patients after they leave the hospital.

But policyholders may have to accept more expense in the future.

Businesses will likely need to show insurers they are minimizing their risks, for instance by requiring a negative COVID-19 test for spectators at live events, said Paula Jarzabkowski, professor of strategic management at City University of London.

And to enable insurers to bring in enough premium to cover pandemic risk, business interruption insurance may need to be mandatory, like motor insurance, she added.

"That does ensure that everybody who is prone to the possible risk takes some level of responsibility towards it."