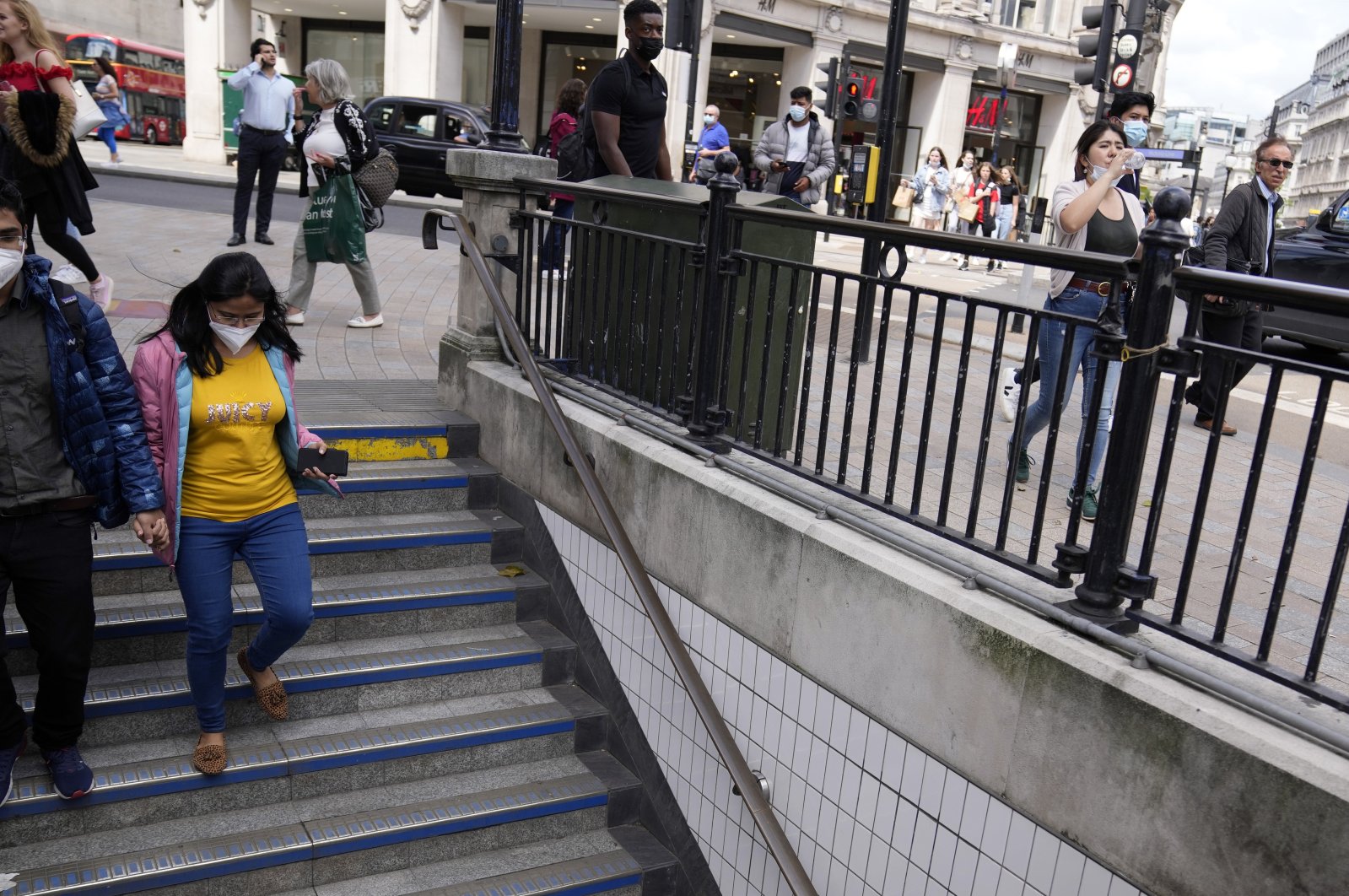 The number of employees on British company payrolls moved closer to its pre-pandemic level last month and pay growth hit a record high, albeit distorted by the effects of coronavirus lockdowns, official data showed on Tuesday.

Economists polled by Reuters had mostly expected the unemployment rate to hold at 4.8%.

Overall, the figures are likely to bolster confidence that the economy will emerge from the pandemic with less long-term damage than first feared by many forecasters.

"The labor market outperformed expectations as the economy accelerated with the relaxation of COVID-related restrictions," said Yael Selfin, chief economist at KPMG UK.

The ONS said hours worked in a week surpassed the 1 billion mark for the first time since the pandemic first hit Britain and there was no sign of a feared surge in redundancies before the expiry of the furlough program.

"The world of work continues to rebound robustly from the effects of the pandemic," said ONS statistician Jonathan Athow.

Britain's labor market has been propped up by finance minister Rishi Sunak's job subsidies which paid the wages on 8.9 million jobs at its peak in May 2020, during the first COVID-19 lockdown, falling to 1.9 million jobs at the end of June 2021.

"I know there could still be bumps in the road but the data is promising," Sunak said. "There are now more employees on payrolls than at any point since March 2020 and the number of people on furlough is the lowest since the scheme launched."

The scheme is being phased out by the end of September which could push job losses back up.

The Bank of England (BoE) said this month the unemployment rate had probably peaked already and it no longer expected a jump after the expiry of the furlough scheme.

Vacancies in the three months to July hit a record high of 953,000, up by 168,000 on their pre-pandemic level, the ONS said. Many employers have said they are struggling to find staff as the economy emerges from its lockdowns.

The ONS said average weekly earnings in the three months to the end of June rose by 8.8% compared with a year earlier - the highest reading since records started 20 years ago but skewed upwards by the effects of the pandemic.

The average weekly earnings figures for the May-July period are used in the "triple lock" process for deciding the increase in the value of the state pension.

Sunak has suggested he will not automatically follow that process this year, after the data was distorted by more people on low wages losing their jobs than people who are better paid.

Underlying total pay could be rising at between 4.9% and 6.3% a year, the ONS said, noting uncertainties about how the estimates were reached.

Samuel Tombs, an economist at consultancy Pantheon Macroeconomics, said he thought pay growth was likely to lose momentum after the end of the furlough program.

"As such, there is enough slack in the labor market to prevent wage growth concerning the (BoE)," he said.