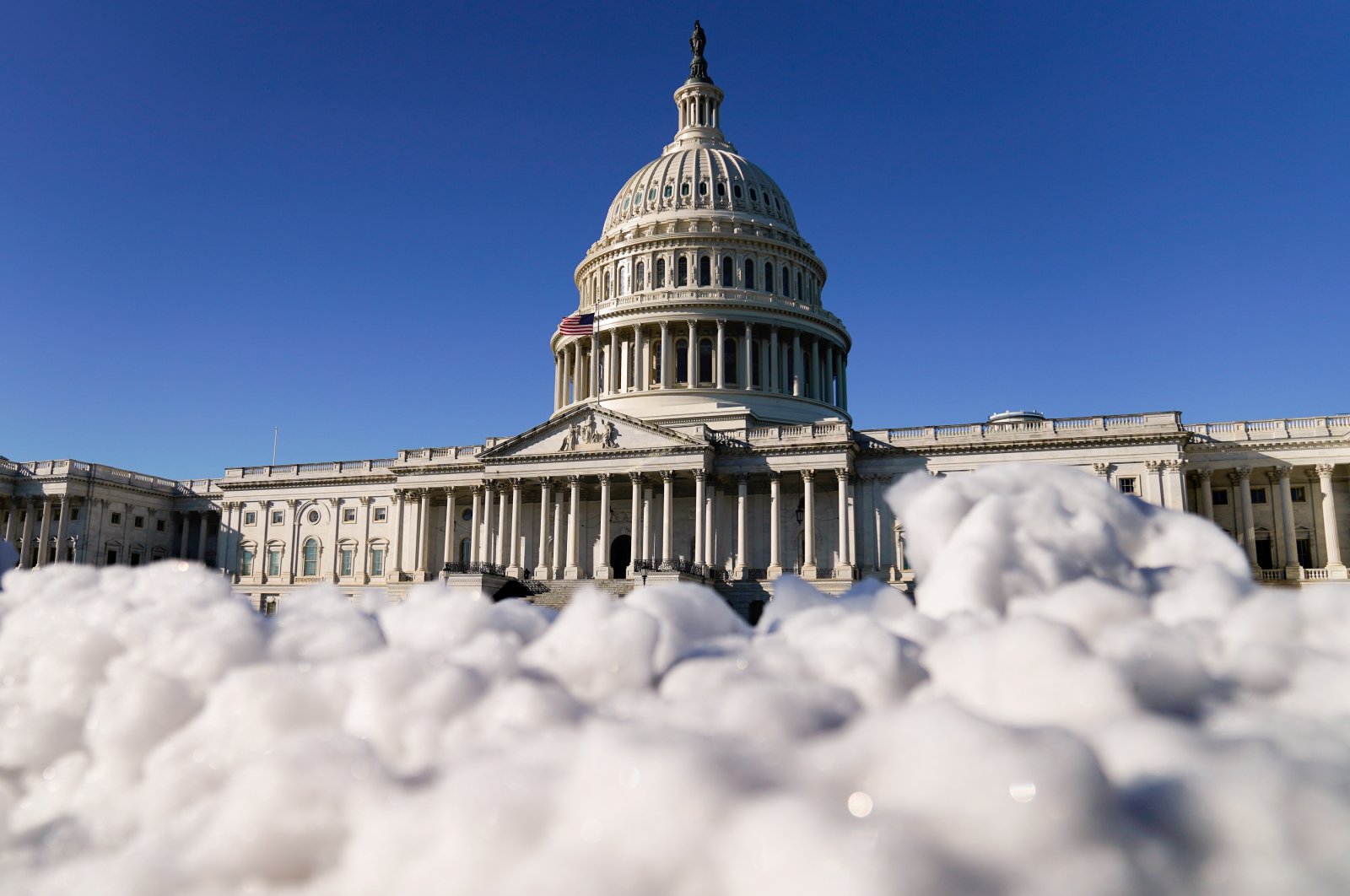 U.S. congressional negotiators sealed a deal on a $900 billion COVID-19 economic relief package, finally delivering long-overdue help to businesses and individuals and providing money to deliver vaccines to a nation eager for them.

The package would be the second-largest economic stimulus in U.S. history, following a $2.3 trillion aid bill passed in March.

It comes as the pandemic accelerates, infecting more than 214,000 people in the country each day. More than 317,000 Americans have already died.

“At long last, we have the bipartisan breakthrough the country has needed,” Republican Senate Majority Leader Mitch McConnell was cited by Reuters as saying on the Senate floor, following months of contentious debate.

Republican and Democratic leaders said the package should have enough support to pass both chambers of Congress.

The package would establish a temporary $300 per week supplemental jobless benefit and a $600 direct stimulus payment to most Americans, along with a new round of subsidies for hard-hit businesses and money for schools, health care providers and renters facing eviction.

It came together Sunday after months of battling and posturing, but the negotiating dynamic changed in Republicans’ favor after the election and as the end of the congressional session neared. President-elect Joe Biden was eager for a deal to deliver long-awaited help to suffering people and a boost to the economy, even though it was less than half the size that Democrats wanted this fall.

Biden praised the bipartisan spirit that produced the measure, which he called “just the beginning."

"This is a model for the challenging work ahead for our nation," Biden said Sunday in a statement.

House leaders informed lawmakers that they would vote on the legislation on Monday, and the Senate was likely to vote on Monday, too. Lawmakers were eager to leave Washington and close out a tumultuous year.

“There will be another major rescue package for the American people,” McConnell said in announcing the agreement. “It is packed with targeted policies to help struggling Americans who have already waited too long.”

Democrats acknowledged it wasn’t as robust a relief package as they initially sought – or, they say, the country needs. House Speaker Nancy Pelosi vowed more to come once Biden takes office.

A fight over Federal Reserve (Fed) emergency powers was resolved Saturday night by the Senate’s top Democrat, Chuck Schumer of New York, and conservative Republican Pat Toomey of Pennsylvania. That breakthrough led to a final round of negotiations Sunday.

Still, delays in finalizing the agreement prompted the House to pass a one-day stopgap spending bill to prevent a government shutdown at midnight Sunday. The Senate was likely to pass the measure Sunday night as well.

Passage neared as coronavirus cases and deaths spiked and evidence piled up that the economy was struggling. The legislation had been held up by months of dysfunction, posturing and bad faith. But talks turned serious in recent days as lawmakers on both sides finally faced the deadline of acting before leaving Washington for Christmas.

The $300 per week bonus jobless benefit was one half the supplemental federal unemployment benefit provided under the $1.8 billion CARES Act in March and would be limited to 11 weeks instead of 16 weeks. The direct $600 stimulus payment to most people would also be half the March payment, subject to the same income limits in which an individual’s payment began to phase out after $75,000.

The CARES Act was credited with keeping the economy from falling off a cliff amid widespread lockdowns this spring, but Republicans controlling the Senate cited debt concerns in pushing against Democratic demands. Republican politicians, starting with Trump, focused more on reopening the economy and less on taxpayer-financed steps like supplemental jobless benefits.

Progress came after a bipartisan group of pragmatists and moderates devised a $908 billion plan that built a middle ground position that the top four leaders of Congress – the GOP and Democratic leaders of both the House and Senate – used as the basis for their talks. The lawmakers urged leaders on both sides to back off of hard-line positions.

“We put our heads down and worked around the clock for nearly a month to produce a bipartisan, bicameral bill to address the emergency needs of our country," the bipartisan group of about a dozen lawmakers said in a statement. “Our consensus bill was the foundation of this final package."

Republicans were most intent on reviving the Paycheck Protection Program (PPP) with $284 billion, which would cover a second round of PPP grants to especially hard-hit businesses. Democrats won set-asides for low-income and minority communities.

After the announcement, Schumer and Pelosi announced additional details, including $25 billion in rental assistance, $15 billion for theaters and other live venues, $82 billion for local schools, colleges and universities and $10 billion for child care.

The governmentwide appropriations bill would fund agencies through next September. That measure was likely to provide a last $1.4 billion installment for Trump’s U.S.-Mexico border wall as a condition of winning his signature.

The bill was an engine to carry much of Capitol Hill’s unfinished business, including an almost 400-page water resources bill that targets $10 billion for 46 Army Corps of Engineers flood control, environmental and coastal protection projects. Another addition would extend a batch of soon-to-expire tax breaks, including one for craft brewers, wineries and distillers.

It also would carry numerous clean energy provisions, $7 billion to increase access to broadband, $4 billion to help other nations vaccinate their people and $14 billion for cash-starved transit systems, Amtrak and airports.