US economy shrinks at record-breaking rate of 32.9% in Q2 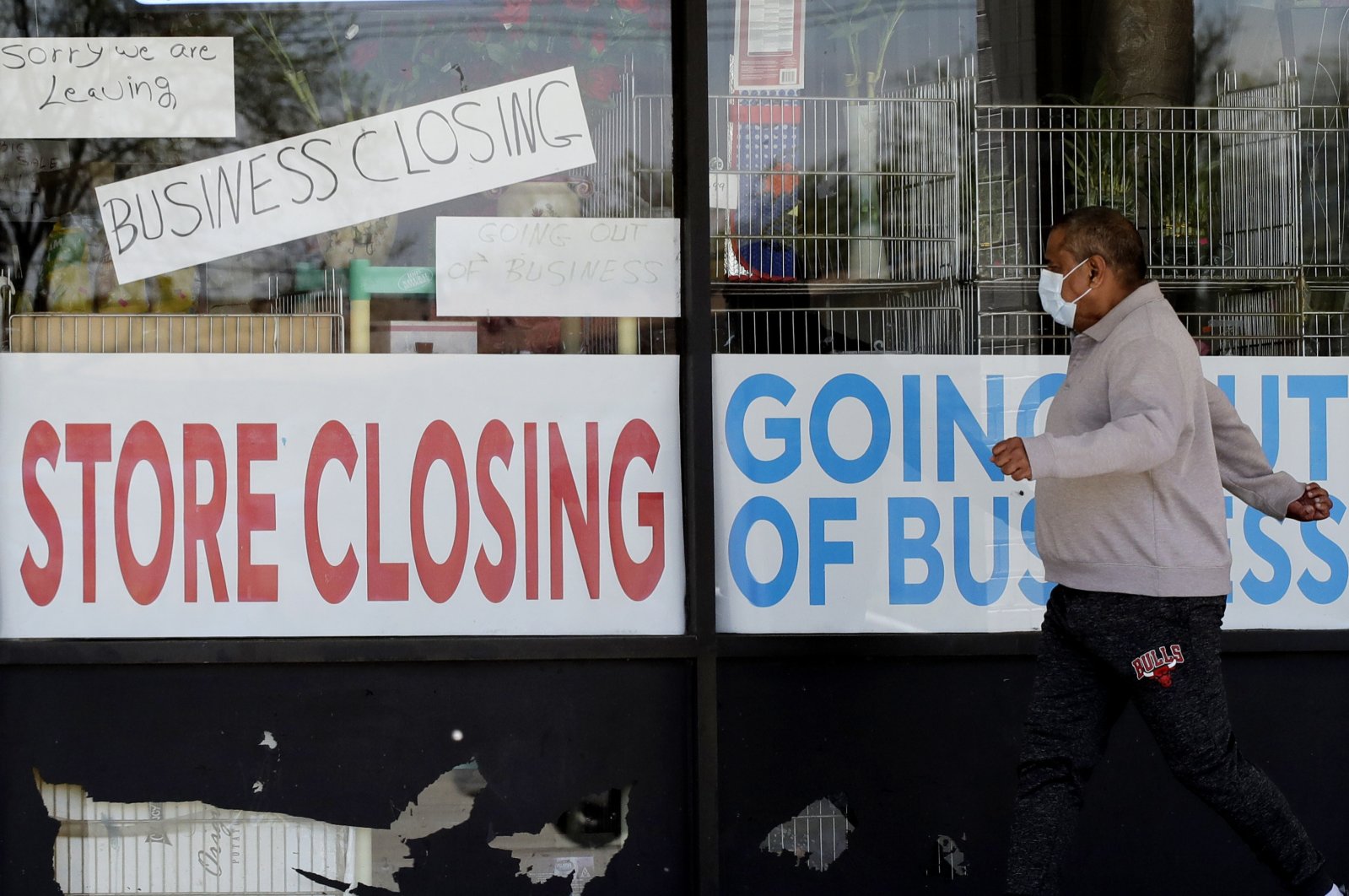 The U.S. economy shrank at a dizzying 32.9% annual rate in the April-June quarter – by far the worst quarterly plunge ever – when the viral outbreak shut down businesses, throwing tens of millions out of work and sending unemployment surging to 14.7%, the government said Thursday.

The Commerce Department’s estimate of the second-quarter decline in the gross domestic product (GDP), the total output of goods and services, marked the sharpest such drop on records dating to 1947. The previous worst quarterly contraction, a 10% drop, occurred in 1958 during the Eisenhower administration.

Last quarter’s drop followed a 5% fall in the January-March quarter, during which the economy officially entered a recession triggered by the virus, ending an 11-year economic expansion, the longest on record in the United States.

The contraction last quarter was driven by a deep pullback in consumer spending, which accounts for about 70% of economic activity. Spending by consumers collapsed at a 34.6% annual rate as travel all but froze and shutdown orders forced many restaurants, bars, entertainment venues and other retail establishments to close.

State and local government spending, diminished by a loss of tax revenue that forced layoffs, also fell at an annual rate of 5.6%.

But overall government spending was up 2.7%, powered by a 17.4% surge in federal spending, reflecting the more than $2 trillion in relief packages that Congress enacted to provide $1,200 payments to individuals, aid to small businesses and supplemental unemployment benefits.

The job market, the most important pillar of the economy, has been severely damaged. Tens of millions of jobs vanished in the recession. More than 1 million laid-off people have applied for unemployment benefits for 19 straight weeks. So far, about one-third of the lost jobs have been recovered, but the resurgent virus will likely slow further gains in the job market.

In a separate report on Thursday, the Labor Department said more than 1.4 million laid-off Americans applied for unemployment benefits last week, further evidence of the devastation the outbreak has unleashed on the economy.

The continuing wave of job cuts is occurring against the backdrop of a spike in virus cases that has led many states to halt plans to reopen businesses and has caused millions of consumers to delay any return to traveling, shopping and other normal economic activity. Those trends have forced many businesses to cut jobs or at least delay hiring.

Before the coronavirus hit hard in March, the number of Americans seeking unemployment checks had never exceeded 700,000 in any one week, even during the Great Recession.

The number of new applicants was up by 12,000 from the week before, the second straight increase. All told, 17 million people are collecting traditional jobless benefits, a sign that unemployment checks are keeping many American families afloat financially at a time of big job losses and agonizing economic uncertainty.

The pain could soon intensify: A supplemental $600 in weekly federal unemployment benefits is expiring, and Congress is squabbling about extending the aid, which would probably be done at a reduced level.

The virus and the lockdowns meant to contain it have hammered the American economy: Employers slashed a record 20.8 million jobs in April, restoring about 7.5 million of them in May and June as many states began to reopen their economies.

Last week, an additional 830,000 people applied for jobless aid under a new program that extends eligibility for the first time to self-employed and gig workers. That figure isn’t adjusted for seasonal trends, so it’s reported separately.

President Donald Trump has pressured states to reopen businesses despite concerns that the virus remains a threat to workers and customers at many service industry jobs that require frequent face-to-face contact.

So dizzying was the contraction last quarter that most analysts expect the economy to produce a sharp bounce-back in the current July-September quarter, perhaps of as much as 17% or higher on an annual basis. Yet with the rate of confirmed coronavirus cases having surged in a majority of states, more businesses being forced to pull back on reopenings and the Republican Senate proposing to scale back government aid to the unemployed, the economy could worsen in the months ahead.

The Trump administration is betting against that outcome in asserting that the economy will undergo a V-shaped recovery in which last quarter’s plunge would be followed by an impressive rebound in the current quarter – a hoped-for dose of good news that would be reported in late October, not long before Election Day.

Yet many economists note that the economy cannot fully recover until the pandemic is defeated – a point stressed Wednesday at a news conference by Federal Reserve (Fed) Chair Jerome Powell. The Fed chairman warned that the viral epidemic has been endangering a modest economic recovery and that as a result, the Fed plans to keep interest rates pinned near zero well into the future.