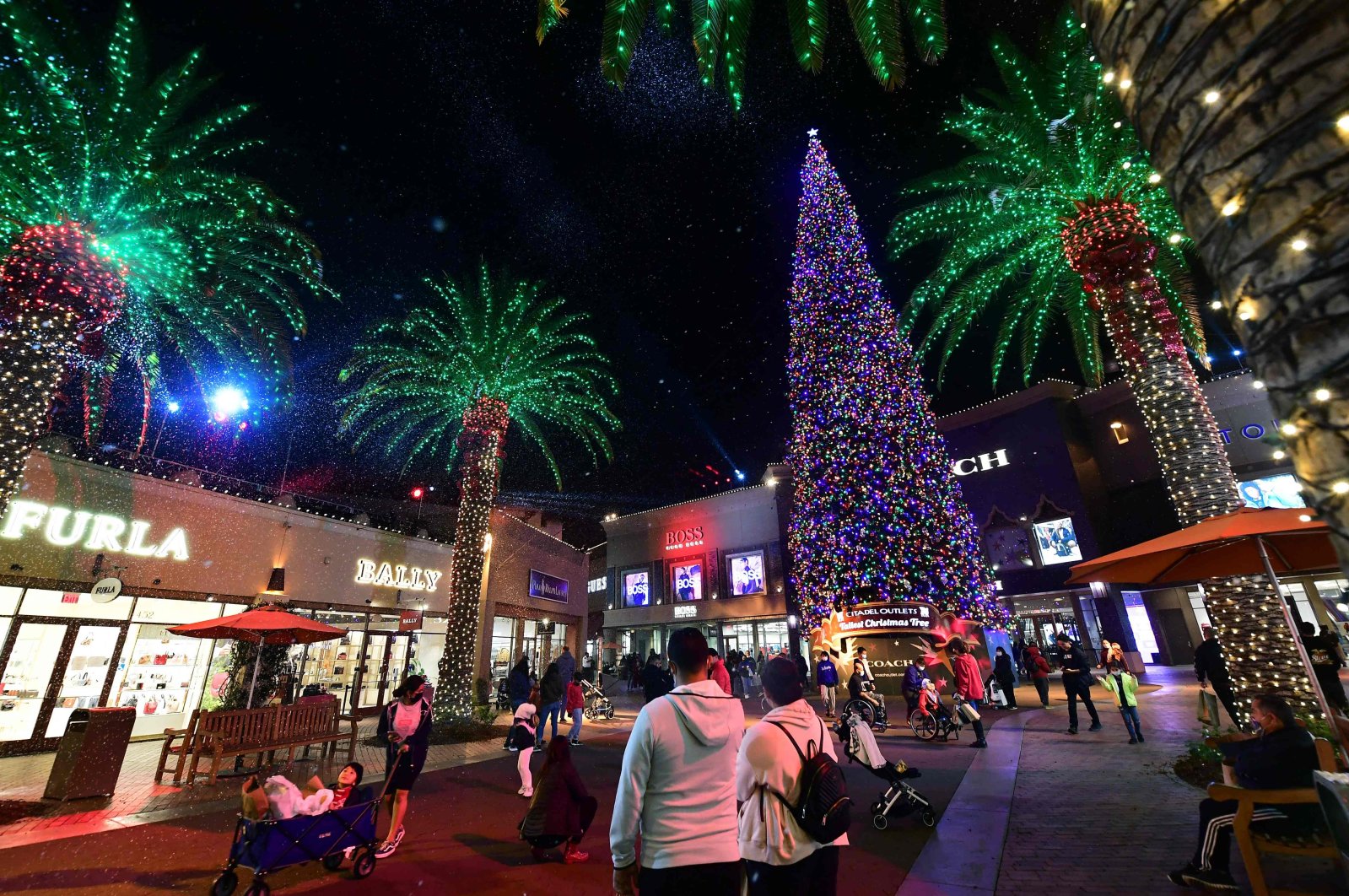 The biggest increase in United States consumer prices since 1982 was announced Friday as the inflation rate jumped to 6.8% amid a surge in food, energy and housing costs.

The Labor Department also reported that prices rose 0.8% from October to November – a substantial increase, though slightly less than 0.9% increase from September to October.

Stocks are posting solid gains in the early going on Wall Street Friday after a government report on inflation last month, while still very high, was in line with what analysts were anticipating. The S&P 500 rose 0.7%, keeping it on track for a weekly gain of well over 3%. Technology stocks were leading the way higher, and that helped push the Nasdaq to a gain of 0.9%. Business software maker Oracle surged 17% after reporting strong quarterly results.

Inflation has been inflicting a heavy burden on consumers, especially lower-income households and particularly for everyday necessities. It has also negated the higher wages many workers have received, complicated the Federal Reserve’s plans to reduce its aid for the economy and coincided with flagging public support for President Joe Biden, who has been taking steps to try to ease inflation pressures.

Fueling inflation has been a mix of factors resulting from the swift rebound from the pandemic recession: A flood of government stimulus, ultra-low rates engineered by the Fed and supply shortages at factories in the U.S and abroad. Manufacturers have been slowed by heavier-than-expected customer demand, COVID-related shutdowns and overwhelmed ports and freight yards.

Employers, struggling with worker shortages, have also been raising pay, and many of them have boosted prices to offset their higher labor costs, thereby adding to inflation.

The result has been price spikes for goods ranging from food and used vehicles to electronics, household furnishings and rental cars. The acceleration of prices, which began after the pandemic hit as Americans stuck at homes flooded factories with orders for goods, has spread to services, from apartment rents and restaurant meals to medical services and entertainment. Even some retailers that built their businesses around the allure of ultra-low prices have begun boosting them.

The 6.8% jump in prices for the 12 months that ended in November was the largest year-over-year increase since a 7.1% surge for the year ending in June 1982. That spike occurred at a time when the Fed had driven up interest rates to double digits in its effort to stem runaway inflation triggered by the oil price shocks of the 1970s.

The persistence of high inflation has surprised the Fed, whose chair, Jerome Powell, had for months characterized inflation as only "transitory,” a short-term consequence of bottlenecked supply chains. Two weeks ago, though, Powell signaled a shift, implicitly acknowledging that high inflation has endured longer than he expected. He suggested that the Fed will likely act more quickly to phase out its ultra-low-rate policies than it had previously planned.

Driving much of the inflation last month were energy prices, particularly gasoline pump prices, which are up a dizzying 58.1% from a year ago. The costs of housing, food, new and used cars, airline tickets, clothing and household furnishings were also big contributors to the November price surge.

Core inflation, which excludes volatile food and energy prices, rose 0.5% in November. Over the past 12 months, core prices are up 4.9%, the biggest such increase since 1991.

Some economists are holding out hope that inflation will peak in the coming months and then gradually ease and provide some relief for consumers. They note that supply shortages in some industries have begun to ease gradually. And while higher energy costs will continue to burden consumers in the coming months, Americans will likely be spared from earlier forecasts that energy prices would reach record highs over the winter.

Oil prices have been declining modestly and leading, in turn, to slightly lower gasoline prices. Even more dramatically, natural gas prices have plummeted nearly 40% from a seven-year high reached in October. The result is that while average home heating costs will well exceed last year’s levels, they won’t rise as much as had been feared. Food prices, too, could potentially ease as a result of sharp declines in corn and wheat prices from their highs earlier in the year.

What’s more, the emergence of the omicron variant of the coronavirus has renewed the prospect of more canceled or postponed travel and fewer restaurant meals and shopping trips. All of that, if it happened, would slow consumer and business spending and potentially restrain inflation.

And analysts cautioned that easing overall inflation pressures will depend on further progress in normalizing global supply chains. Senior White House officials have said they believe that a series of actions that the administration has taken, from boosting the processing of cargo from the ports of Los Angeles and Long Beach to the release of crude oil from the petroleum reserve, would help defuse inflation pressures.

Some outside economists have begun to echo that view.

"I think November will be the worst of it, and going forward we will see steady improvement,” said Mark Zandi, chief economist at Moody’s Analytics. "As the delta wave of COVID has receded and supply chains start to repair themselves, we will start to see production and shipments improve.”

Zandi said he believes that inflation will begin improving with the December price report and that by this time next year, annual inflation will be back down to around 3%, closer to the Fed’s 2% target.

For now, though, against the backdrop of persistent high inflation, the Fed is expected to announce after it meets next week an acceleration reduction in its monthly bond purchases. Those purchases have been intended to lower long-term borrowing costs.

Doing so would put the Fed on a path to begin raising its key short-term interest rate as early as the first half of next year. That rate has been pegged at nearly zero since March 2020, when the coronavirus sent the economy into a deep recession.