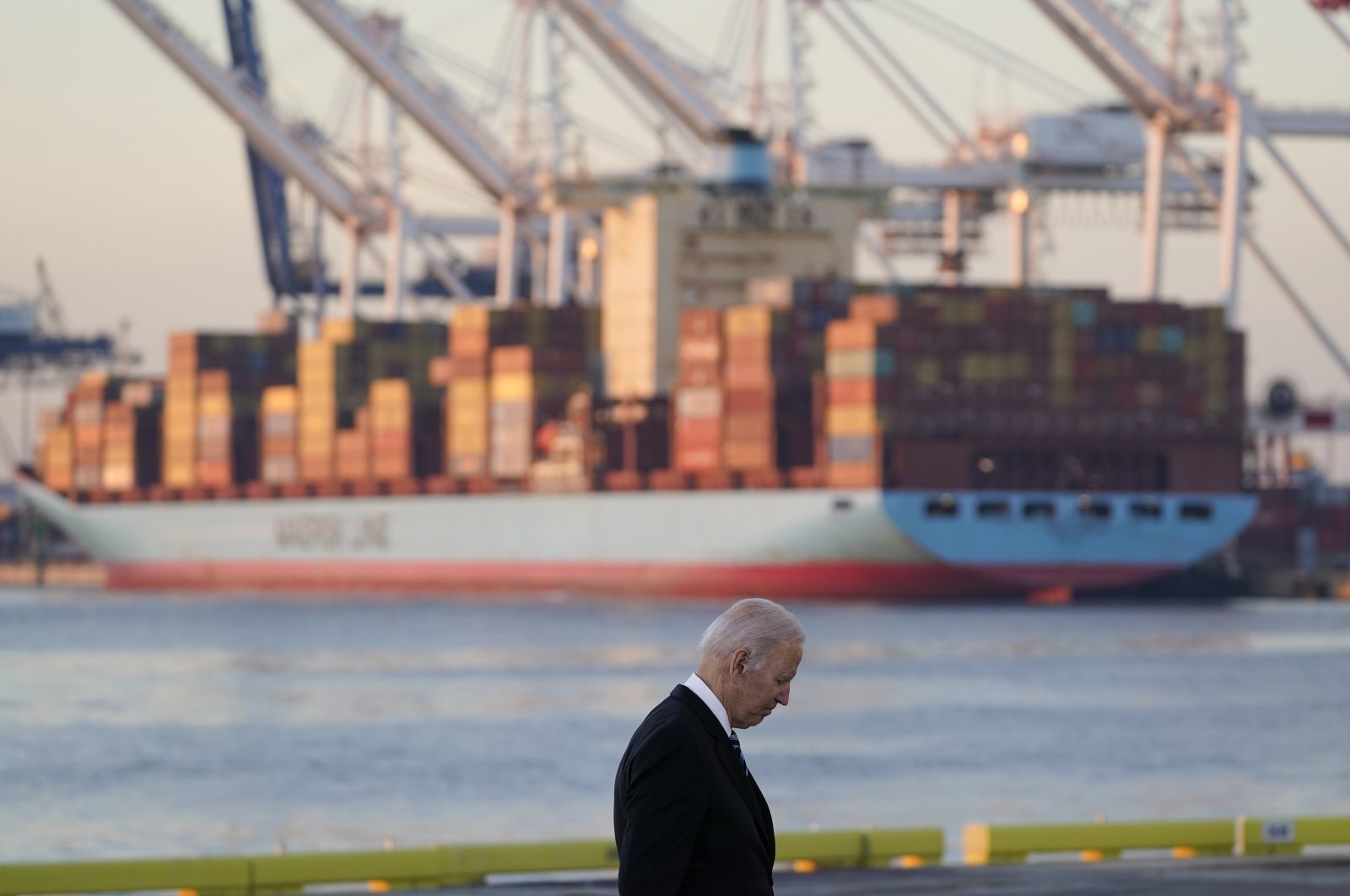 United States President Joe Biden pledged on Wednesday to battle soaring consumer prices after data showed inflation rose to a level not seen in more than 30 years, stressing that shoppers were paying too much for everyday goods.

Biden, who ran on the promise of tackling COVID-19 and reviving the economy that the pandemic had left in tatters, now faces rising political pressure over shortages of goods and rising prices, as life gradually returns to normal.

"Looking out there, everything from a gallon of gas to a loaf of bread costs more," Biden said at the Port of Baltimore.

“Consumer prices remain too high,” he noted. “We still face challenges we have to tackle head-on.”

The statement came hours after the Labor Department reported that U.S. consumer prices accelerated by 6.2% in the 12 months until October, the biggest year-on-year jump since November 1990.

Broad-based gains from pork chops to gasoline, sports tickets and health insurance suggested the issue was not a one-off, as the White House had maintained the case through 2021.

On Wednesday, Biden described reversing inflation as “a top priority for me.”

The trip would have been more of a victory lap under different circumstances. Lawmakers on Friday passed a $1 trillion infrastructure bill that Biden chaperoned after months of torturous negotiations.

Baltimore’s port is one of the nation’s busiest, and is set to benefit from billions of dollars that the bill has set aside for ports alone.

Port congestion is one of the major issues. Goods ordered months ago from abroad wait at sea to be unloaded and transported inland.

Issues like those have turned the White House into an economic emergency response center. Biden on Tuesday talked to companies, including Walmart and United Parcel Service, to ensure they are ready to meet high demand during the Christmas holiday rush. His aides worked with the ports of Long Beach and Los Angeles to move goods around the clock.

The infrastructure package includes $17 billion in investments to help ports, including dredging to allow for bigger ships and capacity expansion.

The Port of Baltimore imports and exports more automobiles, farm machinery and construction equipment than any other U.S. port. It employs more than 15,300 people.

Economic concerns have created political issues for Biden, whose popularity has waned in recent months. His party is looking ahead to the 2022 mid-term elections when they must defend their thin majorities in The House and The Senate.

Now, Biden is trying to close a deal on a roughly $1.75 trillion proposal to expand the country’s social safety net and fight climate change.

Sen. Joe Manchin, a moderate Democrat who holds a virtual veto over Biden’s agenda given narrow congressional margins, said on Wednesday that politicians “can no longer ignore the economic pain Americans feel every day.”

Manchin has previously expressed concern that the new spending bill could exacerbate inflation, a notion disputed by White House officials and some independent economists.