US jobless claims fall to 881,000 but layoffs remain high 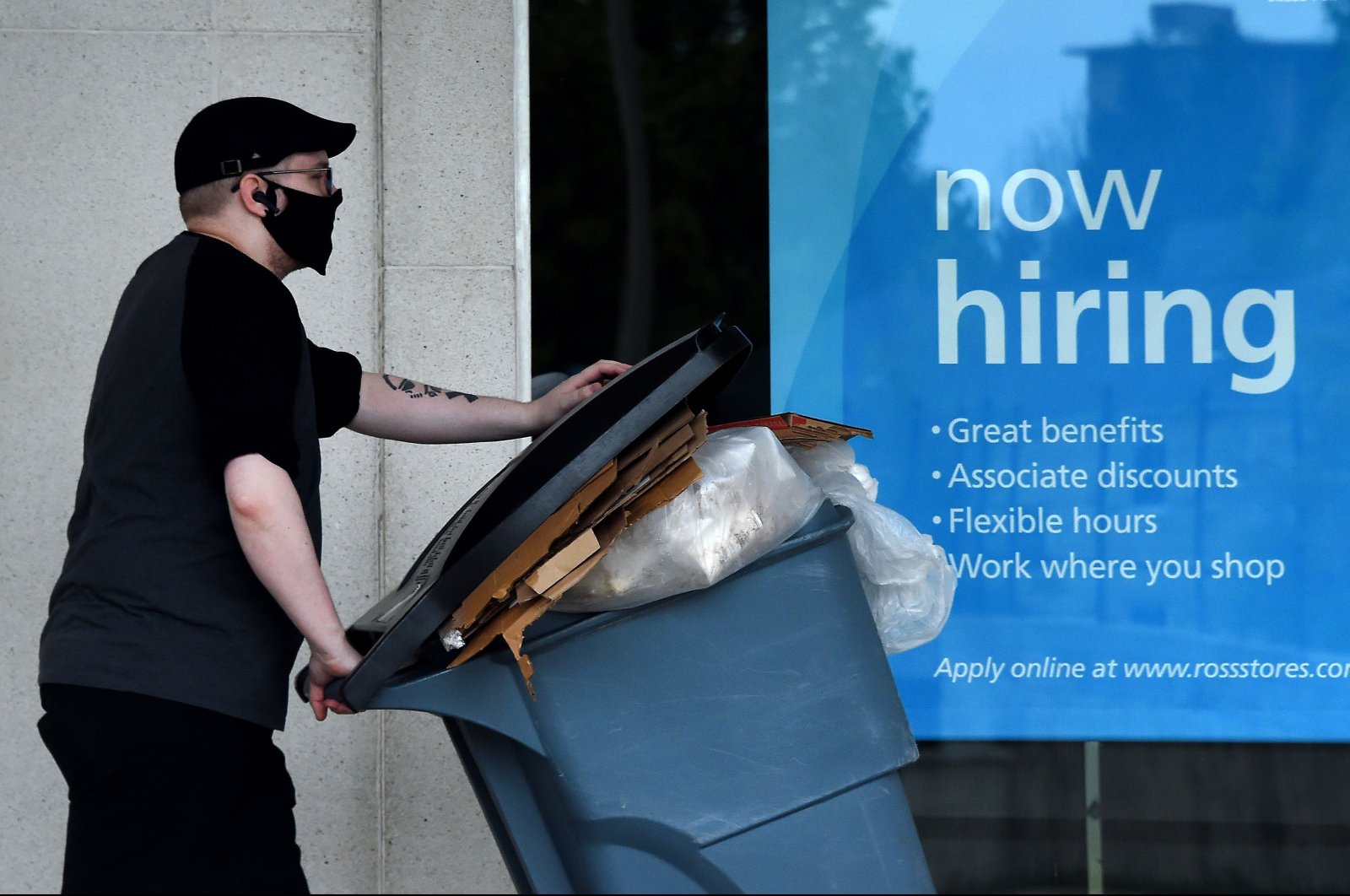 The number of laid-off Americans applying for unemployment benefits fell to a still-elevated 881,000 last week, evidence that the viral pandemic keeps forcing many businesses to slash jobs.

The latest figures, released Thursday by the Labor Department, suggest that nearly six months after the eruption of the coronavirus, the economy is still struggling to sustain a recovery and rebuild a job market that was devastated by the recession. In the previous week, more than 1 million had sought jobless aid.

All told, the government said that 13.3 million people are continuing to receive traditional jobless benefits, up from 1.7 million a year ago.

The nearly 1 million people who keep applying for unemployment aid each week point to a sluggish pace of improvement. Before the pandemic struck the economy in March, the number of people seeking jobless aid had never topped 700,000 in a week, not even during the depths of the 2007-2009 Great Recession. The economy has recovered 9.3 million, or only 42%, of the jobs that were lost in March and April.

Thursday’s figure, though historically high, marked the lowest number of jobless claims since the viral pandemic first paralyzed the economy in March. But in Thursday’s report, the department tweaked the way it adjusts its calculations to account for seasonal changes, thereby making it difficult to compare last week’s figure with those from previous weeks. Unadjusted for seasonal variations, though, the numbers show that 833,000 Americans applied for benefits last week, up from 826,000 the week before.

On Friday, when the government issues the jobs report for August, it is expected to report that employers added roughly 1.4 million jobs last month. That would still leave the economy about 13 million jobs short of the number it has lost to the pandemic.

Still, the auto and housing industries have made solid gains, bolstered by rock-bottom loan rates. American factories, too, have been on the upswing for three months straight. Yet many companies across the spectrum – from small businesses to hotels, restaurants, airlines and entertainment venues – remain deeply hurt by a loss of customers.

A wave of layoff announcements by major companies has heightened concerns that many job losses will end up being permanent. Ford is offering buyouts to try to shrink its U.S. white-collar workforce by 1,400. MGM Resorts is laying off 18,000, about a fourth of its U.S. staff. Coca-Cola, heavily reliant on entertainment venues, is offering buyouts to 4,000.

Many economists warn that mass layoffs will continue and that any recovery will likely falter as long as the virus rages and Congress doesn’t extend another round of rescue aid for the unemployed and for state and local governments.

The recovery remains fragile because of a still-elevated level of confirmed COVID-19 cases and the government’s failure to enact another emergency rescue package. The recent expiration of a $600-a-week federal jobless benefit has deepened the difficulties for America’s unemployed. The Trump administration is now providing a stripped-down version of that benefit – $300 a week – though not all the unemployed will qualify for it.

In addition to the laid-off people who applied last week for state benefits, 759,000 others sought jobless aid under a new program that has made self-employed and gig workers eligible for the first time. That figure isn’t adjusted for seasonal trends, so it is reported separately. But including that group, the Labor Department said 29.2 million people are receiving some form of unemployment benefits, though that figure might be inflated by double-counting by some states.

The now-expired $600-a-week federal jobless benefit had helped sustain Chuck Caple after he was forced to close his hair salon in Richmond, Virginia, and a side business training hair stylists.

With that weekly check having lapsed, he is relying on income from his wife’s job and collecting just $158 a week in state unemployment benefits.

“That’s like lunch money,” he said. “That’s money you give kids for a paper route.”