US jobless claims jump to near 3-month high of 853,000 as virus cases spiral 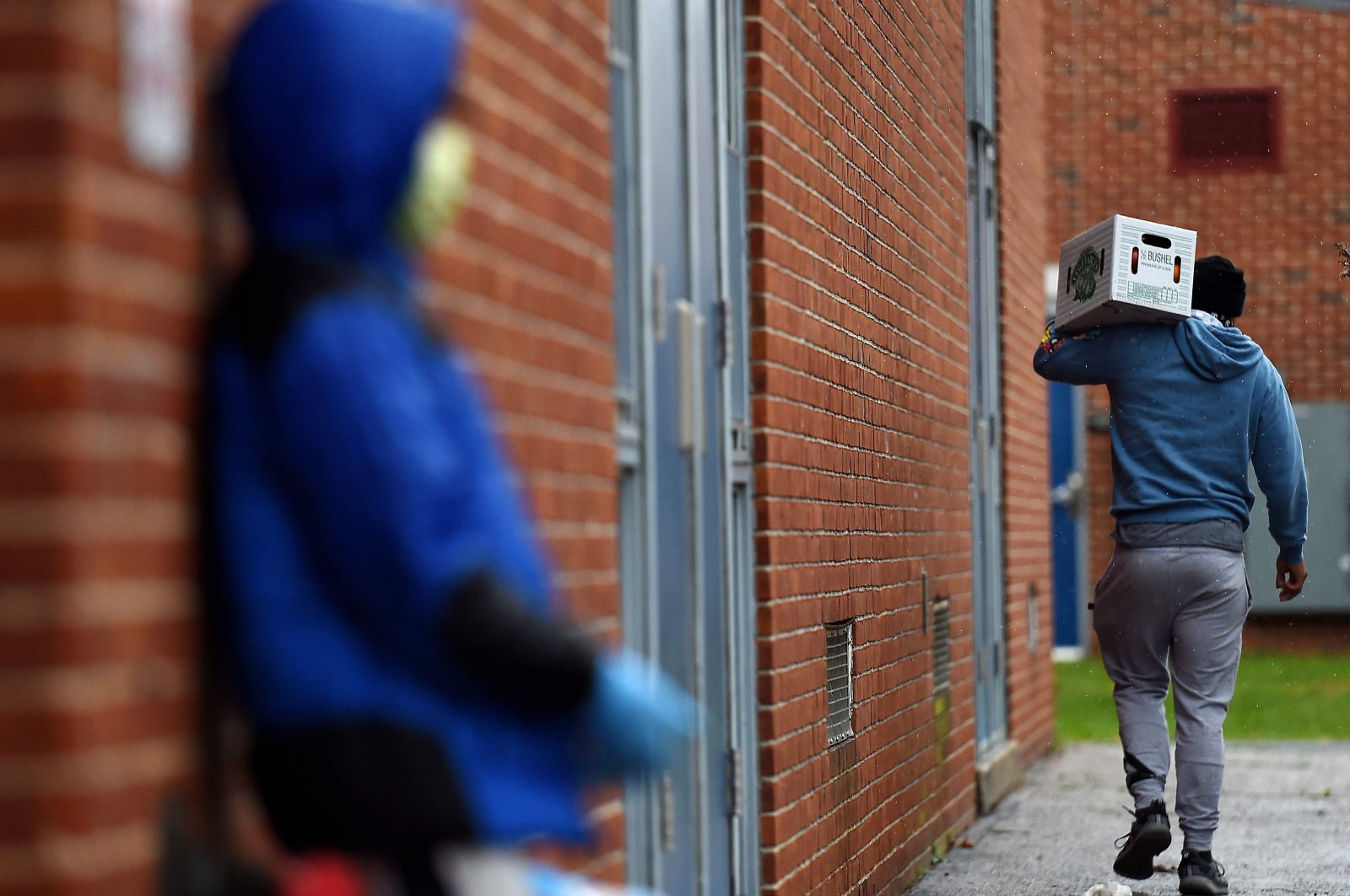 The number of people applying for unemployment aid jumped last week to 853,000, the most since September, evidence that companies are cutting more jobs as new virus cases spiral higher.

The Labor Department said Thursday that the number of applications increased from 716,000 the previous week. Before the coronavirus paralyzed the economy in March, weekly jobless claims typically numbered only about 225,000.

The latest figures coincide with a surging viral outbreak that appears to be weakening the job market and the economy and threatening to derail any recovery. Consumers thus far haven't spent as much this holiday shopping season as they have in previous years, according to credit and debit card data. And in November, employers added jobs at the slowest pace since April. Restaurants, bars and retailers all cut jobs last month.

The increase reflected sharp increases across the country, with new applications for jobless aid jumping more than 47,000 in California, 31,000 in Illinois, 17,000 in New York and 13,000 in Georgia. Many states, particularly California, have adopted sweeping new restrictions on business activity. But even some states that generally haven't imposed stricter rules on businesses reported sharp increases in jobless claims last week. In Texas, for example, they jumped by nearly 20,000 to 45,000.

The worsening figures may partly reflect a rebound after applications for unemployment benefits had fallen during the Thanksgiving holiday week. Still, the increase was much larger than most economists had expected.

“It’s evident the labor market is still in crisis,” said AnnElizabeth Konkel, an economist at the Indeed job search website. "The gap between now and when a vaccine is widely distributed looms large. There’s a lot of uncertainty ahead for the labor market going into the new year."

The total number of people who are receiving state-provided unemployment aid rose for the first time in three months to 5.8 million, the government said, from 5.5 million. That suggests that some companies have sharply pulled back on hiring.

All told, more than 19 million people are still dependent on some type of unemployment benefit. And unless Congress acts soon, nearly half of them will lose that aid in just over two weeks. That's when two jobless aid programs that the federal government created in the spring are set to expire.

The first program provides unemployment benefits to the self-employed and contract workers, who weren’t eligible in the past. The second program is the one that extends jobless aid for 13 weeks.

Members of Congress and the Trump administration are fighting over a roughly $900 billion relief package that could extend the two programs into the spring, sparing about 9 million unemployed Americans from what would otherwise be deeper financial distress.

A bipartisan group of senators has proposed to extend the supplemental aid for four months and add $300-a-week in federal jobless aid. Treasury Secretary Steven Mnuchin on Tuesday proposed a one-time round of $600 relief checks — half the $1,200 that was provided in the spring. But Mnuchin’s proposal includes no funding for supplemental unemployment aid payments, drawing sharp objections from Democrats in Congress.

With a coronavirus vaccine nearing approval, many economists are optimistic that the economy will rebound strongly next year. But most favor another federal financial relief package to support unemployed workers, small businesses, and state and local governments until then.

New confirmed virus cases are now topping 200,000 a day, up from only about 30,000 in the spring. And the average number of deaths each day in the past seven days has surpassed 2,000, roughly matching its peak in April.

The virus’ acceleration has led many governors to impose stricter curbs on restaurants, gyms and other business activity in states from North Carolina to California and Washington state.

The pandemic appears to have also sharply restricted holiday spending, in part because of stay-at-home orders and other restrictions and in part because many consumers are reluctant to go out shopping. A jump in online spending hasn’t fully offset a steep decline, compared with last year, in spending at physical stores.

According to data from Opportunity Insights, a research center affiliated with Harvard and Brown universities, spending on debit and credit cards sank nearly 12% in the week that ended Nov. 29 compared with a year earlier. That marked a sharp drop from the previous week, when such spending was down just 2.3% from 12 months earlier.

The steady stream of layoffs across the country has intensified the financial hardships for many Americans.

One of the jobless, Montrell McGraw, says he just had to cancel his car insurance and now can’t drive because his unemployment benefit of just $225 a week isn’t enough to keep up with the payments. He was able to cover all his bills when the federal government provided an extra $600 in jobless aid. But that ended in July.

McGraw, 26, lost his job as a cook at a Hilton Hotel in New Orleans, where he lives, back in March just after the virus erupted in the United States. He says he’s applied for 35 jobs without any luck. His primary work experience is in restaurants, few of which are hiring.

Most of the available jobs he sees involve trucking or work on offshore oil rigs, which require certifications he can’t afford to obtain. McGraw has also worked with an advocacy group, Stand Up Louisiana, in support of extending jobless benefits.

“I didn’t ask for this — no one asked for this pandemic,” he said. “I am trying to play the cards I am dealt with, and I have a really bad hand.”