US jobless filings fall to still-high 1.48M in past week 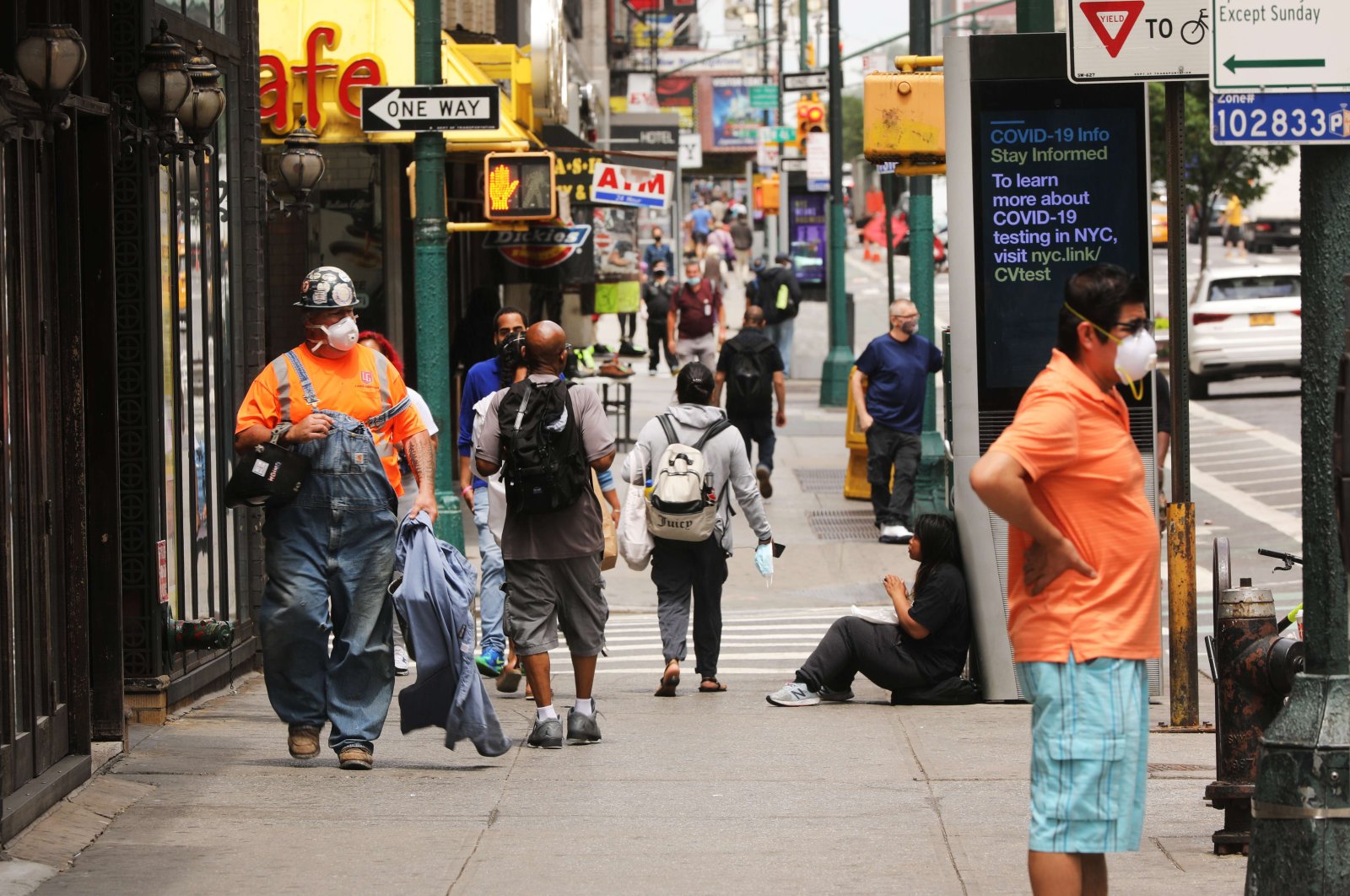 The number of laid-off workers who applied for unemployment benefits declined slightly to 1.48 million last week, the 12th straight drop and a sign that layoffs are slowing but are still at a painfully high level.

The steady decline in claims suggests that the job market has begun to slowly heal from the pandemic, which shuttered businesses and sent the unemployment rate up to 14.7% in April, its highest level since the Great Depression.

The latest figure pushes the running tally of those who have made initial claims since the business shutdowns began in mid-March to over 47.2 million.

The number of people who are receiving jobless aid also fell last week, evidence that employers are rehiring some of the workers who had been laid off since mid-March.

Yet the latest figure also coincides with a sudden resurgence of COVID-19 cases in the United States, especially in the South and West, that’s threatening to derail a nascent economic rebound. On Wednesday, the nation set a record high of new coronavirus cases. Many states are establishing their own records for daily infections, including Arizona, California, Mississippi, Nevada, Texas and Oklahoma. Cases of coronavirus have also jumped in Florida and Georgia.

Should those trends continue, states may reimpose some limits on businesses that would likely trigger job cuts. Whether by choice or by government order, fewer consumers would shop, travel, eat out and visit bars or gyms. All those scenarios would result in renewed layoffs and hinder the economy.

Nervous investors sent stock prices plummeting Wednesday over escalating fears that the economy will suffer further damage from the disease.

“The health crisis continues to cast a dark shadow over the economic landscape,” said Bob Schwartz, a senior economist at Oxford Economics, a forecasting firm.

Before this week’s heightened worries about the pandemic, many economists had been relatively optimistic. In May, the unemployment rate unexpectedly declined, though to a still-high 13.3%. Consumers began spending again, sending retail sales jumping by a record amount. And sales of new homes rose as record-low mortgage rates fueled buyer interest.

In May, employers added 2.5 million jobs, a surprise gain. Still, that hiring represented just one-ninth of all the jobs that have been lost since the pandemic struck. And about 30 million Americans remain unemployed.

The economy shrank at a 5% annual rate in the first three months of the year, the government estimated Thursday. Yet economists envision a much sharper plunge in the April-June quarter – a rate of up to 30%, which would be the worst since record-keeping began in 1948. Analysts expect the economy to rebound in the second half of this year before potentially regaining its pre-pandemic level in late 2021 at the earliest.

Yet all that assumes that the pandemic doesn’t intensify, force widespread business closures again and set the job market and the economy even further back. If it does, the damage could be dire.

For now, real time data on small businesses suggests that the economy’s improvement slowed in June compared with May and then stalled in the past week in some states that had reopened their economies the earliest.

Economists at Goldman Sachs have upgraded their economic forecasts for the rest of this year and next year in light of the retail sales gains and other positive data. But they warned that a “significant” second wave of cases this fall that would force business closures could slash growth next year by more than half.

For the unemployed, the federal government has been providing $600 in weekly benefits, on top of whatever state jobless aid recipients are receiving. This federal money has pumped nearly $20 billion a week into the economy and enabled many of the unemployed to stay afloat.

A majority of recipients are even earning more than they did at their old jobs, raising concerns that this could discourage some of them from returning to work. But the $600 a week in aid will expire after July, and Trump administration officials have said they oppose an extension. Republicans and Democrats in Congress have introduced compromise measures.

The $600 a week has been a major help to Alexis O’Neill, who was laid off in March from an accounting job at an aviation fuel company. O’Neill, 49, who lives with her mother in Ann Arbor, Michigan, is looking for a job that would allow her to work from home so she could avoid putting her mother at risk of contracting the virus.

She has applied for at least a dozen jobs but has received no responses except an acknowledgment of her application. Many open jobs now seem to offer lower pay than before the pandemic struck. Compounding the dilemma for O’Neill, Michigan is stuck with the nation’s second-highest state unemployment rate, 21.2%.

“The job market is terrible,” she said. “Everything either pays so badly or doesn’t come with benefits.”