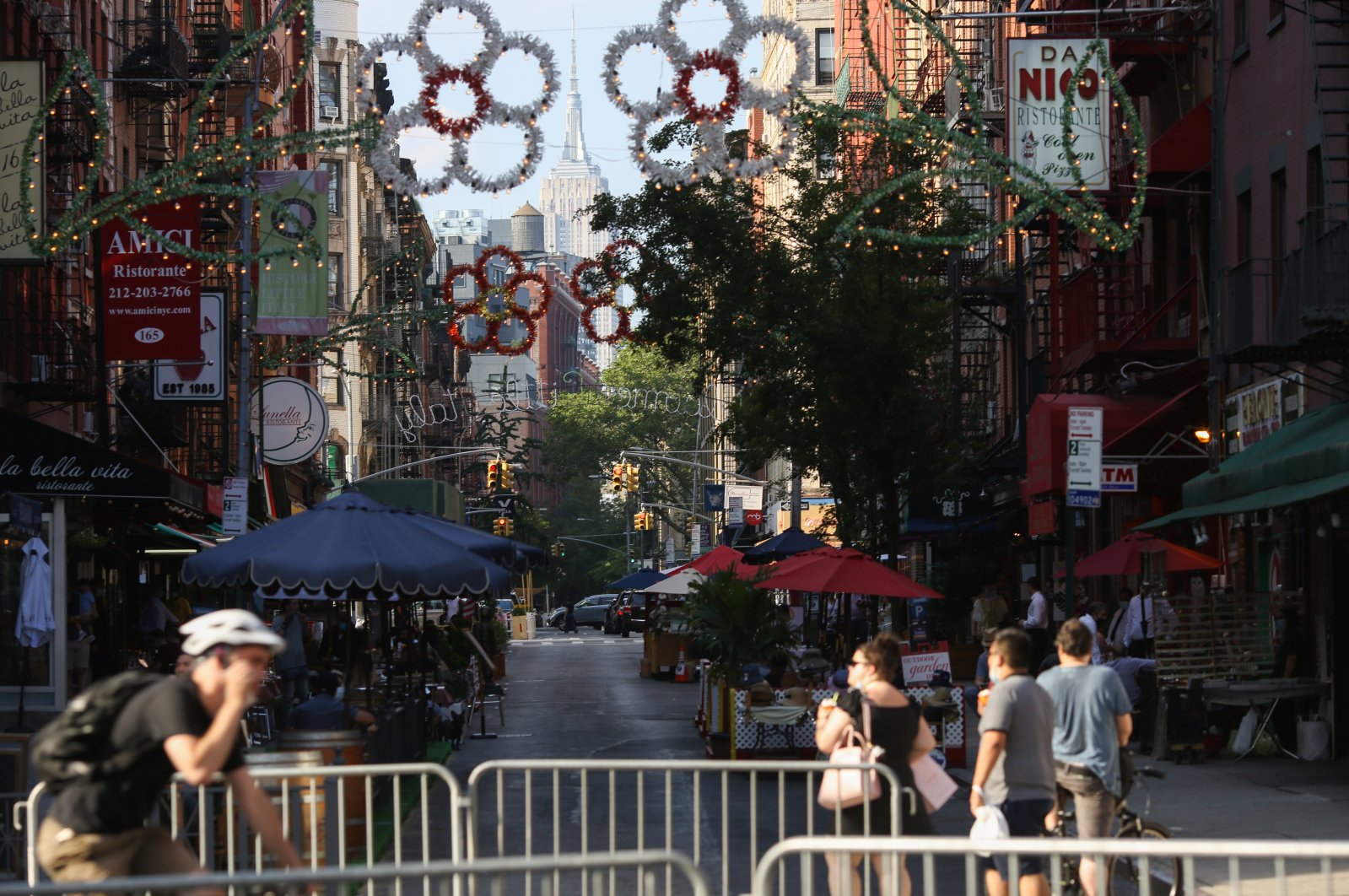 Data on the U.S.' coronavirus aid program shows $521.4 billion in taxpayer cash went to both mom-and-pop shops and well-heeled and politically connected firms, some of which got between $5 million and $10 million

A high-profile pandemic aid program protected about 51.1 million American jobs, the Trump administration said Monday, as it revealed how $521.4 billion in taxpayer cash was injected into small businesses but also into the pockets of the rich and famous.

The data on the small business Paycheck Protection Program (PPP) seemed to confirm worries among Democrats and watchdog groups that in addition to mom-and-pop shops, the funds went to well-heeled and politically connected companies, some of which were approved for between $5 million and $10 million.

Those include several firms that lobby on public policy, such as Wiley Rein LLP and APCO Worldwide, as well as prominent law firms like Kasowitz Benson Torres LLP, which has represented President Donald Trump, and Boies Schiller Flexner LLP.

Kasowitz Benson Torres said the funding helped the law firm preserve hundreds of jobs at full salary at a time when federal courts and its offices were shut down.

The gallery of well-connected names extended deep into the world of America’s privileged and super famous.

Sidwell Friends School, an exclusive private school which educated former President Barack Obama’s daughters, was approved for between $5 million and $10 million, as was Saint Ann’s School in Brooklyn, which – with tuition exceeding $50,000 per year – is attended by the children of hedge fund managers and celebrities.

Newsmax Media Inc., the media company run by Trump donor Christopher Ruddy, got the nod for between $2 million and $5 million. So did billionaire rapper Kanye West’s Yeezy LLC clothing company. Newsmax said in a statement it was eligible for the program and did receive a loan, but declined to elaborate.

Aside from Kasowitz Benson Torres and Newsmax, the other companies and schools did not immediately respond to a request for comment.

“The initial data is revealing many recipients that are appropriately raising eyebrows, which was one of the many reasons we wanted it public,” said Danielle Brian, executive director of the Project on Government Oversight.

The colossal data set released by the U.S. Treasury Department and Small Business Administration (SBA), after initial resistance, gives Americans their first full look at who got cash from the first-come-first-served PPP that has been dogged by technology, paperwork and fairness issues.

To date, the SBA has released geographical distribution figures but the new data paints a much more detailed picture of which communities and subsectors received support. Senior administration officials hailed the program as a “wild success,” with the data showing it supported about 84% of all small business employees.

The data includes information on 660,000 loans of $150,000 or more, including recipient name, address, lender, business type, jobs retained and some demographic information. That accounts for roughly 73% of the dollars granted, but only 14% of the 4.9 million loans, according to a summary of data the agencies released Monday.

Among those in the mix is the Americans for Tax Reform Foundation, whose stated mission is to curb government spending. It was approved for a loan of between $150,000 and $350,000.

Despite some eyebrow-raising recipients, the funds reached a wide swath of businesses – more than $67 billion for the health care and social assistance sector, $64 billion-plus for construction businesses, $54 billion for manufacturing and, at the smaller end, more than $7 billion for religious organizations, the data showed.

Treasury Secretary Steven Mnuchin had initially refused to name any recipients, saying it could expose borrowers’ proprietary business information. But under pressure from lawmakers, he agreed to shine a light on large borrowers.

Launched in April, the unprecedented program – which has been extended until Aug. 8 – allows small businesses hurt by the pandemic to apply for a forgivable government-backed loan from a lender.

More than 5,000 U.S. lenders participated in the program, with JPMorgan accounting for $29 billion in loans. JPMorgan, Bank of America, Truist Bank, PNC Bank and Wells Fargo originated 17% of total PPP loans, according to the data.

In the scramble to distribute funds, the program was beset by technology glitches, documentation snags and revelations that some lenders prioritized their most profitable clients.

Some investment firms, for example, were also on the list.

Deepak Narula, the head of Metacapital, said his company decided it did not want the money and returned it “pretty quickly.” A spokesperson for Advent said the company explored but never completed an application and did not receive any funds. Semper did not respond to a request for comment.

Monday’s data is likely to raise further questions over whether the most needy benefited from the program and whether more companies should have returned the cash.

Roughly $30 billion in loans have already been returned or canceled, a senior administration official said. Those include loans taken by large or publicly listed companies which attracted fierce criticism for breaching the spirit of the rules, as well as loans issued to companies that decided they did not want or need the money after all.

The data shows loans that have been approved, but it does not say how much was disbursed, nor which loans have been forgiven so far. The loans were largely dished out on a good-faith basis, with borrowers certifying to their eligibility and the accuracy of the data they provided, meaning the figures on how many jobs were retained have not been thoroughly vetted.

Loans that appear to breach the letter or spirit of the rules may not be forgiven, and the Treasury plans to conduct a full review of loans of more than $2 million.

The Department of Justice has already brought charges against several PPP borrowers for fraudulently seeking loans, while several federal and state regulators are also probing misuse of the funds.