US sanctions major contractor in China's Belt and Road Initiative 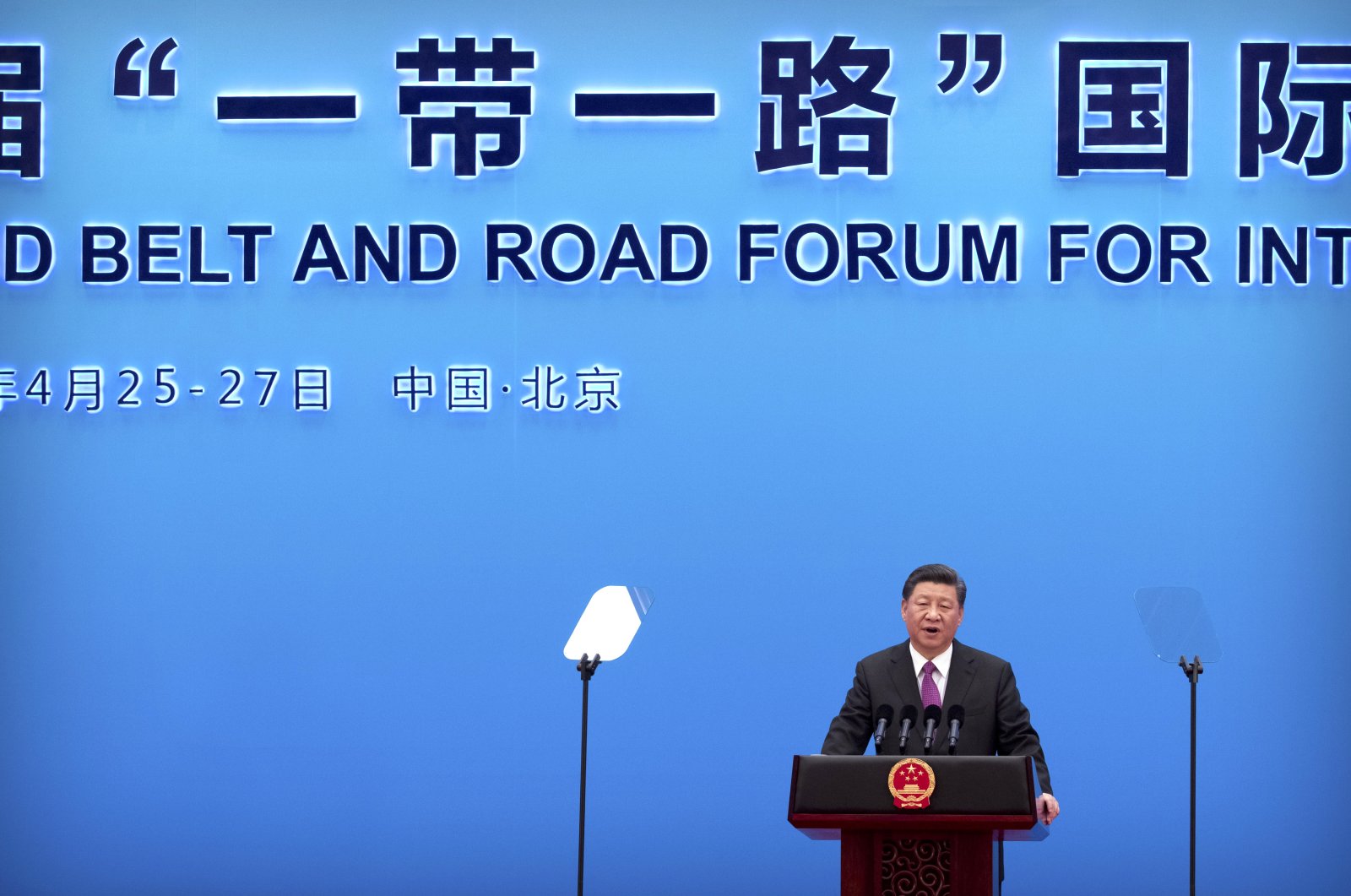 Chinese President Xi Jinping speaks during a press conference at the closing of the Belt and Road Forum at Yanqi Lake on the outskirts of Beijing, Saturday, April 27, 2019. (AP Photo)
by Anadolu Agency Aug 26, 2020 7:03 pm
RECOMMENDED

The U.S. has slapped new restrictions on certain Chinese state-owned enterprises and executives for "malign activities" in the South China Sea, effectively starting a war on the Belt and Road Initiative of China.

"Today, the Department of State will begin imposing visa restrictions on People's Republic of China (PRC) individuals responsible for, or complicit in, either the large-scale reclamation, construction, or militarization of disputed outposts in the South China Sea, or the PRC's use of coercion against Southeast Asian claimants to inhibit their access to offshore resources," State Secretary Mike Pompeo said in a statement.

Pompeo said the individuals are now designated as inadmissible in the U.S. and it may affect their immediate family members.

Pompeo accused China of using its state-owned enterprises to "dredge and reclaim more than 3,000 acres on disputed features in the South China Sea, destabilizing the region, trampling on the sovereign rights of its neighbors, and causing untold environmental devastation," since 2013.

Calling CCCC "one of the leading contractors used by Beijing in its global 'One Belt One Road' strategy," Pompeo claimed that CCCC and its subsidiaries have engaged "in corruption, predatory financing, environmental destruction and other abuses across the world."

"The PRC must not be allowed to use CCCC and other state-owned enterprises as weapons to impose an expansionist agenda," he urged.

The term Belt and Road Initiative (BRI) was coined by Chinese President Xi Jinping in 2013. Inspired by the historical Silk Road, it is an ambitious program to connect Asia with Africa and Europe via land and maritime networks along six corridors to improve regional integration, increasing trade, and stimulating economic growth.

The BRI's geographical scope covers over 70 countries, accounting for about 65% of the world's population and around one-third of the world's Gross Domestic Product (GDP).