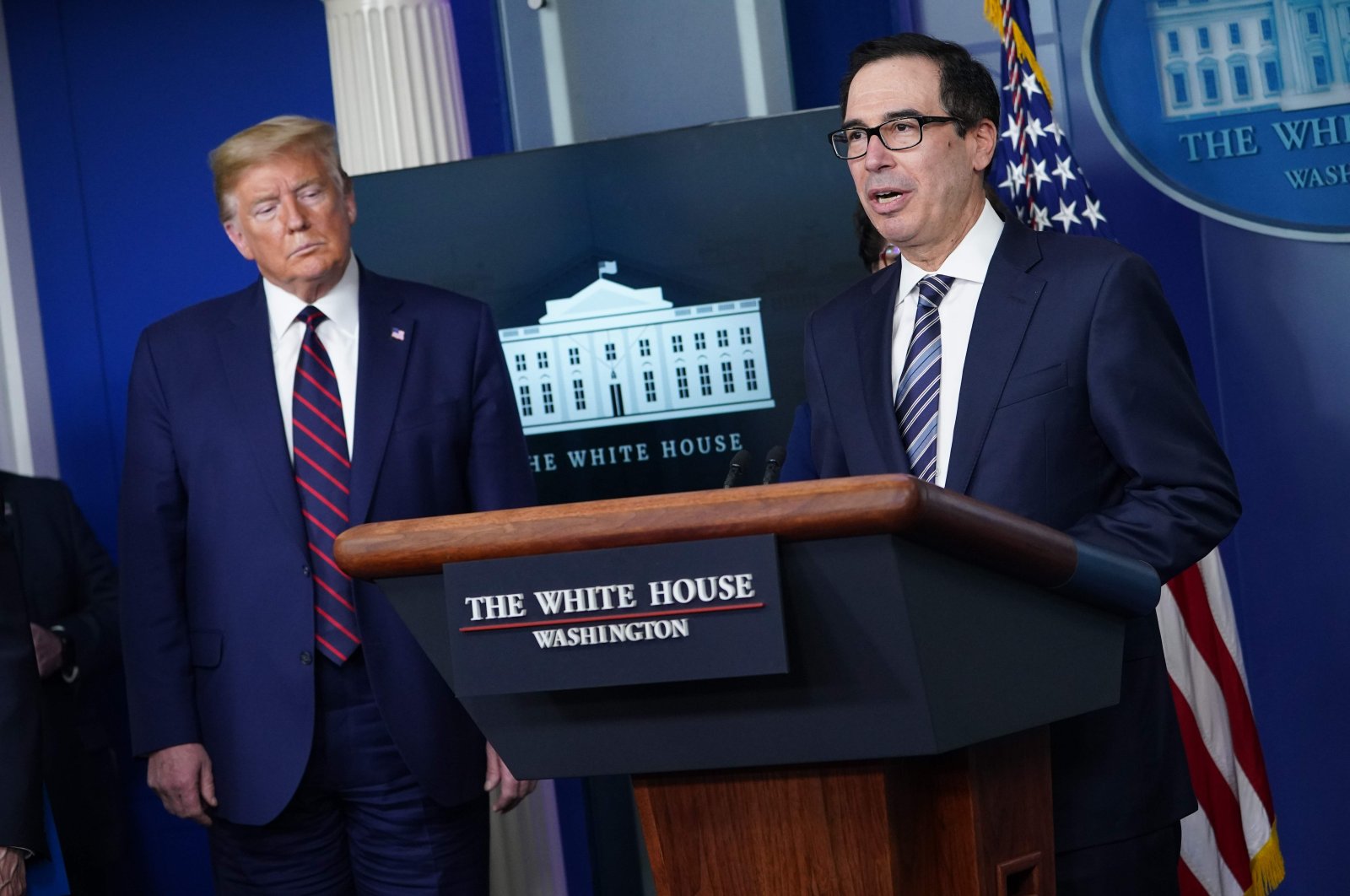 U.S. Treasury Secretary Steven Mnuchin said on Tuesday that, at the direction of President Donald Trump, he has spoken with leading lawmakers from both parties to secure an additional $250 billion to support small businesses hurt by the widespread economic slowdown.

In an interview with CNN, Pelosi said she agreed an existing program for small businesses "really needs money right away, because of the demand."

But she said Democrats would have "certain considerations" if they were to go forward with more money for the program. "We want to make sure the program is administered in a way that does not solidify inequality in how people have access to capital, but instead, benefit to everyone who qualifies."

Pelosi also said Trump is undermining the oversight of coronavirus economic relief with his move Tuesday to oust the leader of a watchdog panel. She said the next economic relief bill should have more funding for people's immediate needs and election resources but that infrastructure is not off the table.

Trump earlier in the day removed Glen Fine, the acting inspector general for the Pentagon who was named last week to chair a committee acting as a sort of uber-watchdog over the $2.3 trillion (TL 15 trillion) historic economic stimulus plan that Congress passed to try to cushion the economy from a deep slide caused by the efforts to contain the coronavirus.

He has been replaced by the Environmental Protection Agency's inspector general, Politico reported.

CNCB cited McConnell as saying that he hopes to approve further funding Thursday to buoy businesses devastated by the pandemic.

“I will work with Secretary Mnuchin and Leader Schumer and hope to approve further funding for the Paycheck Protection Program by unanimous consent or voice vote during the next scheduled Senate session on Thursday,” he said in a statement.