US weekly jobless claims back over 1M as virus rages on 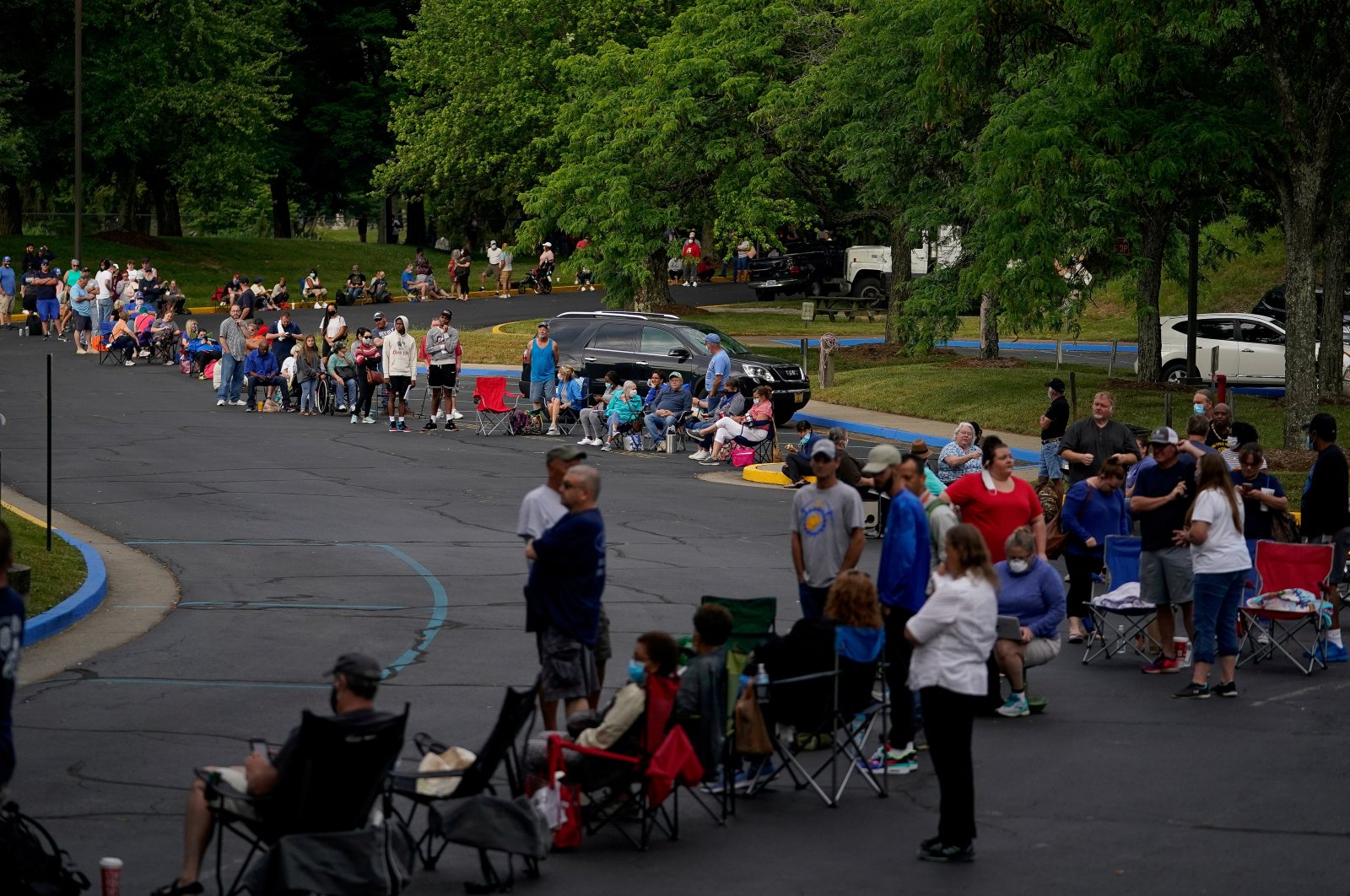 People line up outside Kentucky Career Center prior to its opening to find assistance with their unemployment claims in Frankfort, Kentucky, U.S., June 18, 2020. (Reuters Photo)
by ASSOCIATED PRESS Aug 20, 2020 3:41 pm
RECOMMENDED

The number of laid-off workers seeking U.S. unemployment benefits rose to 1.1 million last week after two weeks of declines, evidence that many employers are still slashing jobs as the coronavirus bedevils the U.S. economy.

The latest figures, released Thursday by the Labor Department, suggest that more than five months after the viral outbreak erupted, the economy is still weak, despite recent gains as some businesses reopen and some sectors like housing and manufacturing have rebounded. Jobless claims had fallen last week below 1 million for the first time since March, to 971,000. A rising number of people who have lost jobs say they consider their loss to be permanent.

The total number of people receiving unemployment aid declined last week from 15.5 million to 14.8 million, the government said Thursday. Those recipients are now receiving far less aid because a $600-a-week federal benefit has expired, which means the unemployed must now get by solely on much smaller aid from their states. The loss of the federal benefit has deepened the struggles for many, including a higher risk of eviction from their homes.

President Donald Trump has signed an executive order to provide $300 a week in federal unemployment aid, with money drawn from a disaster relief fund. Twenty-five states have said they will apply for the federal money, though they would need to revamp their computer systems to do so. Other states are still considering whether to take that step; two have said they will not.

Some states may be hesitating to overhaul their unemployment systems because they expect Congress to eventually pass a new rescue package with an enhanced jobless benefit that might not require any changes.

In states that decide to pay out the $300, the government estimates it would take three weeks, on average, for the states to send the money to the unemployed. And initially only enough money is being allotted to cover three weeks of payments. Even with subsequent grants, analysts estimate that there would be enough money to last only five or six weeks.

The continuing stream of layoffs comes against the backdrop of a modest recovery from a deep recession and a virus that is still paralyzing much of the economy. Home construction and sales have bounced back. So have auto purchases. But spending on travel, entertainment and many other services remains weak. Small businesses are struggling. And unemployment, at 10.2%, remains elevated.

More Americans are eating at restaurants, but the level of seated dining is still 54% below pre-pandemic levels, according to OpenTable. And though some employers are hiring, economists suspect that the pace is weakening.

Thursday’s jobless claims report showed that in addition to people who applied last week for state benefits, roughly 540,000 others sought aid under a new program that has made self-employed and gig workers eligible for the first time. That figure is not adjusted for seasonal variations, so it is reported separately from the state figures.

Including the self-employed and gig workers already receiving benefits, 28 million people are receiving some form of jobless aid, though that figure may include double-counting in some states. That figure is little changed from a week earlier.

Having lost the $600-a-week federal benefit, laid-off workers are having to get by solely on the much smaller state-provided checks. In June, the average state benefit was $308 a week.

In some states, the payouts are much smaller. Louisiana pays the nation’s lowest average jobless benefit: $183. Mississippi is next-lowest, at $187. The largest average is in Hawaii, at $456, followed by North Dakota and Massachusetts at $426.

For John Williams, a former cab driver in Slidell, Louisiana, just outside New Orleans, the loss of the $600 landed him in a food bank line this week, waiting for groceries. He now receives just $107 in state unemployment aid, which is all that he qualifies for based on his previous income.

Before the coronavirus dried up most of his business, Williams, 77, used to pick up fares at the New Orleans airport. Now, besides his jobless aid, he receives about $300 a month from Social Security and a small pension from a previous job as a maintenance man in the city’s school system. He can barely cover his mortgage.

Williams has gone two days without taking his blood pressure medication because when he went to have it refilled, the cost had doubled.

"I’m hanging in there, doing the best I can,” he said.