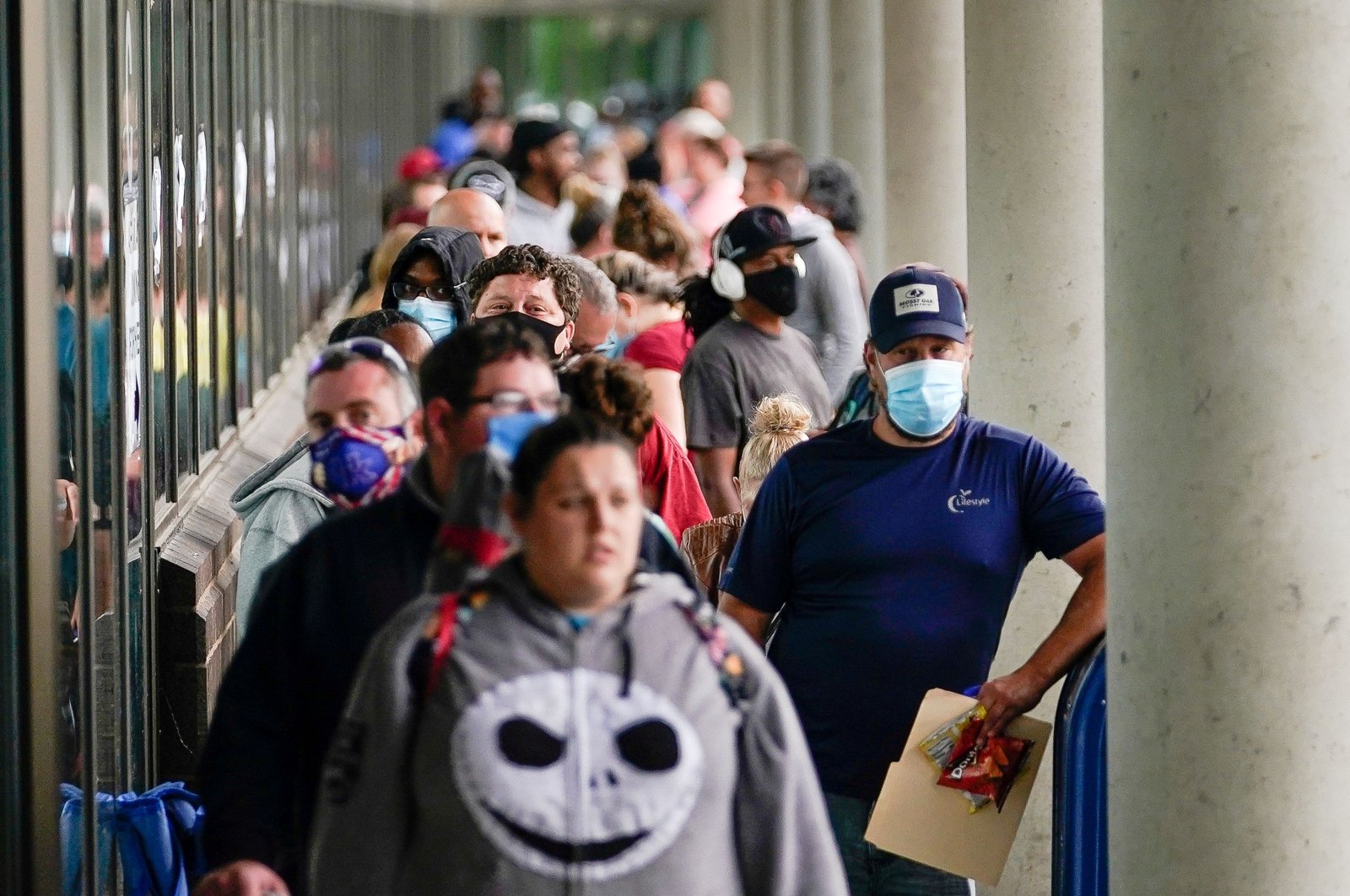 The number of Americans applying for unemployment benefits fell last week to 860,000, a historically high figure that reflects the economic damage from the coronavirus outbreak.

Before the pandemic hit the economy, the number signing up for jobless aid had never exceeded 700,000 in a week, even during the depths of the 2007-2009 Great Recession.

The Labor Department said Thursday that U.S. jobless claims fell by 33,000 from the previous week and that 12.6 million are collecting traditional unemployment benefits, compared with just 1.7 million a year ago.

The outbreak slammed the U.S. economy in the spring, causing the economy to collapse at a 31.7% annual rate from April through June, by far the worst three months on record. Companies and government agencies slashed 22 million jobs.

The outbreak slammed the U.S. economy in the spring, causing the economy to collapse at a 31.7% annual rate from April through June, by far the worst three months on record.

Since then, the economy and job market have been rebounding. Employers added 10.6 million jobs from May through August, but the country has only recovered less than half the jobs lost in March and April.

The recovery remains fragile, imperiled by continuing COVID-19 cases and a failure to deliver another economic rescue package in Washington.

An extra $600 in weekly unemployment benefits ran out July 31, squeezing households that had depended on the beefed-up payments. President Donald Trump issued an executive order on Aug. 8 providing a scaled-back version of the expanded jobless aid. Most states signed up for federal grants that let them increase weekly benefits by $300 or $400.

Charissa Ward, 37, was furloughed in April from her job as a server at a restaurant in Disney’s Hollywood Studios resort near Orlando, Florida. Since then, she’s been helping at her partner’s online retail business, applying for jobs and waiting to see what Disney will do. “We have no idea when we’re going to get called back,’’ she said.

The extra $600 in weekly jobless benefits did not replace all her lost income but helped. The reduced $300 she received briefly from Trump’s program made life “a little less stressful.’’ But Ward said Congress needs to agree to another financial rescue and do “what’s best for working people.’’