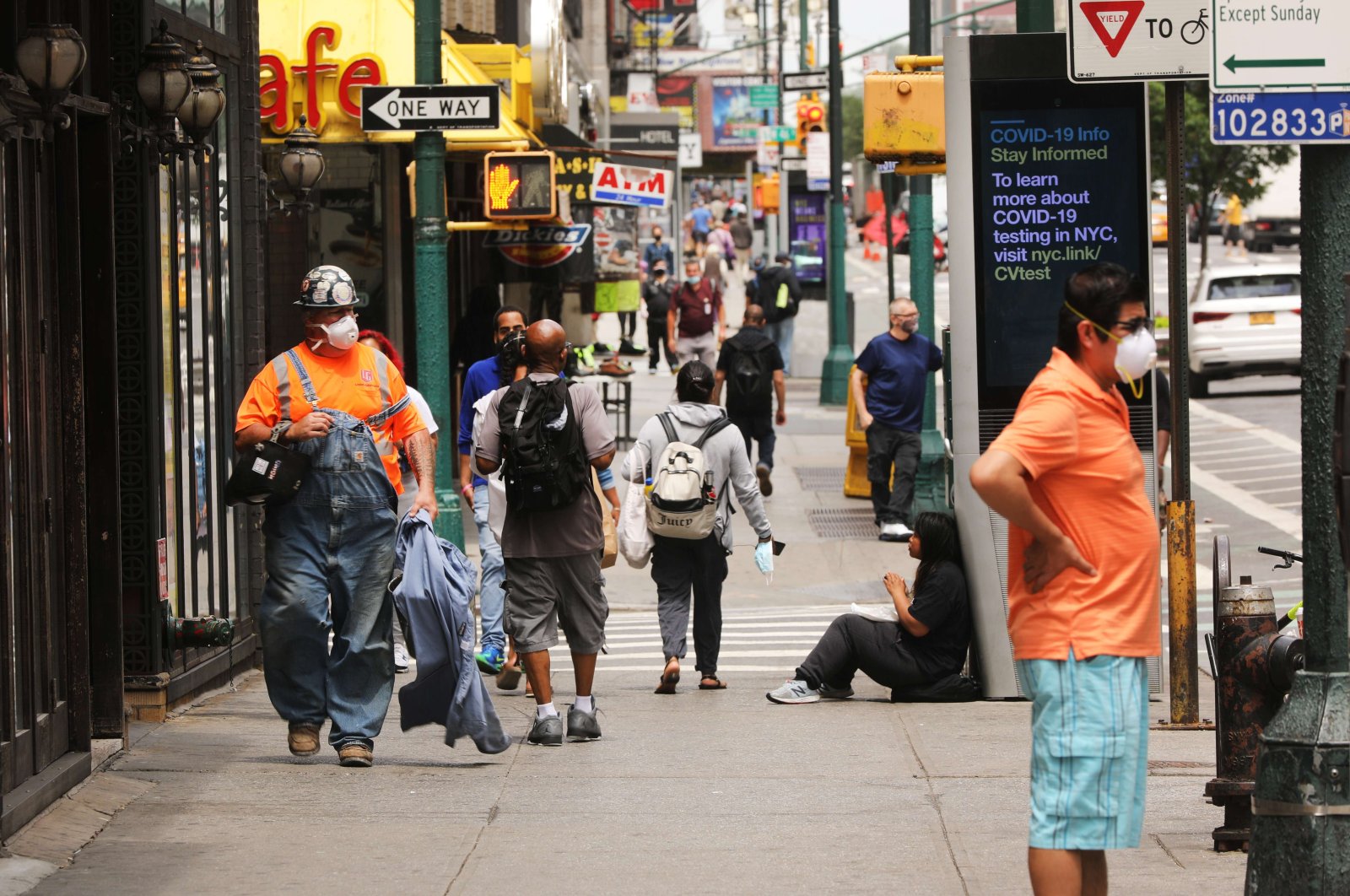 The number of Americans filing new claims for unemployment benefits hovered at high levels last week, strengthening views that the labor market was settling into a more gradual path of recovery from the COVID-19 pandemic.

The number of Americans applying for unemployment benefits was unchanged last week at 884,000, a sign that layoffs are stuck at a historically high level six months after the viral pandemic flattened the economy. Economists polled by Reuters had forecast 846,000 applications in the latest week.

The latest figure released by the Labor Department Thursday still far exceeds the number who sought benefits in any week on record before this year.

The job market is improving fitfully as portions of the economy have reopened and companies are recalling some workers they had temporarily laid off. Employers have so far added back about half the record 22 million jobs that were lost to the pandemic.

But hiring has slowed since June, and a rising number of laid-off workers say they regard their job loss as permanent. The recovery of those jobs will likely take longer to achieve. Jobless people typically find it harder to find work at a new company or in a new industry than to return to a previous employer.

Hiring will likely remain restrained as long as Americans are unable or reluctant to resume their normal habits of shopping, traveling, dining out and engaging in other commerce. The rate of reported infections has dropped over the past several weeks but remains well above where it was during the spring. Most analysts say the economy won’t likely be able to sustain a recovery until a vaccine is widely available.

Last week, the government reported that the nation gained 1.4 million jobs in August, down from 1.7 million in July. It was the lowest monthly gain since hiring resumed in May. The unemployment rate sank from 10.2% to 8.4%, a drop that economists said mainly reflected businesses recalling workers who had been temporarily laid off rather than hiring new employees.

Economists say the recovery is being imperiled by Congress’ failure to agree to another emergency rescue package. The expiration of a $600-a-week federal jobless benefit has deepened the difficulties for America’s unemployed.

The Trump administration is providing a stripped-down version of that benefit – $300 a week. Yet because of a patchwork array of varying rules, some of the unemployed don’t qualify for it, notably, people whose state benefits are less than $100 a week.

The $300-a-week aid program is so far operational in just 12 states, including California, Arizona, Florida and Texas. And some large states, like New York, Michigan and Illinois, haven’t yet started paying the money.

In addition to the laid-off people who applied last week for state benefits, roughly 840,000 others sought jobless aid under a federal program that has made self-employed and gig workers eligible for the first time. That figure isn’t adjusted for seasonal trends, so it’s reported separately.

All told, the Labor Department said 29.6 million people are receiving some form of unemployment benefits from the federal government or states, though that figure might be inflated by double-counting by some states.

Across the country, businesses, particularly small companies, remain cautious about hiring beyond the recalling of workers they had laid off during the spring and summer. A government report Tuesday showed that companies are advertising 9% fewer jobs than they did a year ago, leaving roughly 2.5 unemployed workers for every available position. Before the pandemic, there were more openings than unemployed people.

Some companies are stepping up hiring. Amazon said Wednesday that it’s seeking to hire 33,000 people over the next several months in corporate and tech roles. UPS plans to hire 100,000 temporary holiday workers, about the same as it did last year.

Still, a number of major corporations have announced mass job cuts. The latest to do so, Marriott International, said Wednesday that it will permanently cut 673 corporate jobs – 17% of its workforce – late next month.

Marriott had furloughed two-thirds of its corporate staff in March, when the pandemic intensified, though some of those people are returning to work. But the job cuts announced Wednesday are permanent.