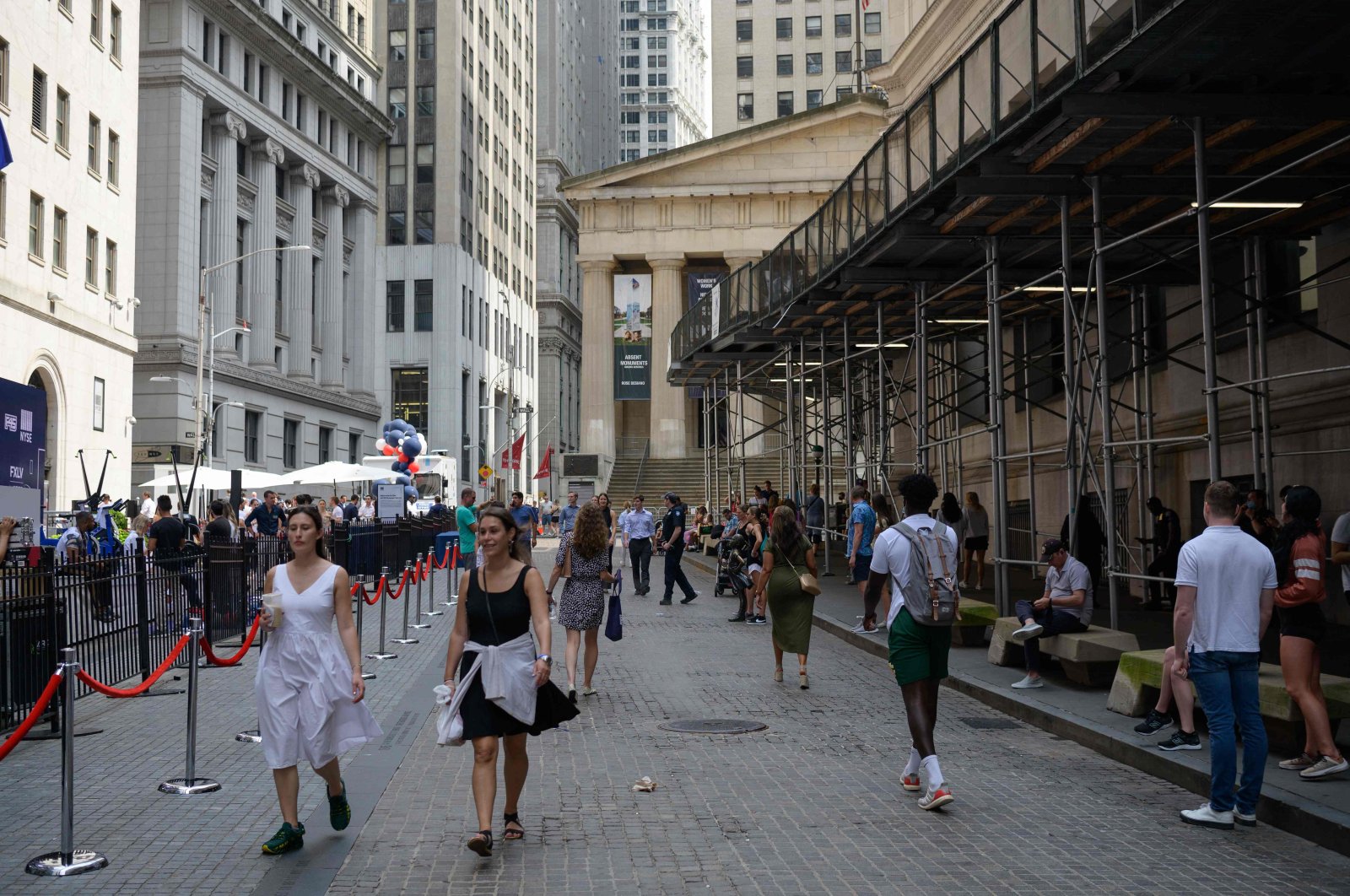 The U.S. economy expanded solidly in the second quarter but the pace came in below expectations as robust consumer spending and business investment on equipment were tempered by a sharp inventory drawdown amid supply chain constraints.

Gross domestic product (GDP) increased at a 6.5% annualized rate last quarter, the Commerce Department said on Thursday in its advance estimate of second-quarter GDP. The total size of the economy has now surpassed its pre-pandemic level.

The economy grew at a 6.3% rate in the first quarter, revised down from the previously reported 6.4% pace.

The quarterly figure was less than market expectations of 8.5%, but the economy was likely held back mainly by supply shortages in goods, components and labor.

With the second-quarter estimate, the government published revisions to GDP data, which showed the economy contracting 3.4% in 2020, instead of 3.5% as previously estimated. That was still the biggest drop in GDP since 1946.

The revisions to growth in other years and quarters were minor. From 2015 to 2020, GDP increased at an average annual rate of 1.1%, unrevised from previously published estimates.

The National Bureau of Economic Research, the arbiter of U.S. recessions, declared last week that the pandemic downturn, which started in February 2020, ended in April 2020.

Even with the second quarter marking the peak in growth this cycle, the economic expansion is expected to remain solid for the remainder of this year. A resurgence in COVID-19 infections, driven by the delta variant of the coronavirus, however, poses a risk to the outlook. Higher inflation, if sustained, as well as ongoing supply chain disruptions, could also slow the economy.

The Federal Reserve (Fed) on Wednesday kept its overnight benchmark interest rate near zero and left its bond-buying program unchanged. Fed Chair Jerome Powell told reporters that the pandemic's economic effects continued to diminish, but risks to the outlook remain.

The recovery has been so rapid, with pent-up demand from consumers driving growth after a year of lockdowns, that one looming risk is a potential spike in inflation that could get out of control. Consumer prices jumped 5.4% in June from a year ago, the sharpest spike in 13 years and the fourth straight month of sizable price jumps.

Some economists have warned that by choosing not to begin withdrawing its extraordinary support for the economy, the Fed may end up responding too late and too aggressively to high inflation by quickly jacking up rates and perhaps causing another recession.

But Powell underscored his belief that recent inflation readings reflect price spikes in a narrow range of categories — from used cars and airline tickets to hotel rooms and auto rentals — that have been distorted by temporary supply shortages related to the economy’s swift reopening. Those shortages involve items like furniture, appliances, clothing and computer chips, among others.

Economists expect growth of around 7% this year, which would be the strongest performance since 1984. The International Monetary Fund (IMF) on Tuesday boosted its growth forecasts for the United States to 7% in 2021 and 4.9% in 2022, up 0.6 and 1.4 percentage points respectively, from the forecasts in April.

President Joe Biden's administration provided $1.9 trillion in pandemic relief in March, sending one-time $1,400 checks to qualified households and extending a $300 unemployment subsidy through early September. That brought the amount of government aid to nearly $6 trillion since the pandemic started in the U.S. in March 2020.

Nearly half of the population has been vaccinated against COVID-19, allowing Americans to travel, frequent restaurants and attend sporting events among services-related activities that were curbed early in the pandemic.

Consumer spending, which accounts for more than two-thirds of the U.S. economy, grew at an 11.8% rate in the second quarter, boosted by demand for services. While spending on goods remained strong, the pace likely slowed from earlier in the pandemic, when Americans were cooped up at home.

Though the fiscal boost is fading and COVID-19 cases are rising in states with lower vaccination rates, consumer spending will likely continue to grow.

The U.S. is now averaging more than 60,000 confirmed new cases a day, up from only about 12,000 a month ago. Should a surge in viral infections cause many consumers to hunker down again and pull back on spending, it would weaken the recovery.

A separate report from the Labor Department on Thursday showed initial claims for state unemployment benefits fell by 24,000 to a seasonally adjusted 400,000 for the week ended July 24. Economists polled by Reuters had forecast 380,000 applications for the latest week.

Claims jumped in the week ended July 17, but economists blamed the surge on difficulties stripping out seasonal fluctuations from the data. Before the pandemic auto plants shut in early July for retooling, which caused a temporary rise in layoffs, which then reversed in the second half of July.

Last month, America’s employers added 850,000 jobs, well above the average of the previous three months. And average hourly pay rose a solid 3.6% compared with a year earlier, faster than the pre-pandemic annual pace.

Despite the job market’s steady gains, unemployment, at 5.9%, is still well above the 3.5% rate that prevailed before the pandemic struck. And the economy remains 6.8 million jobs short of its pre-pandemic total.

A global semiconductor shortage has forced some automakers to either scale back or temporarily idle production lines.

The supply constraints are making it difficult for businesses to replenish stocks. Inventories dropped at a rate of $165.9 billion in the second quarter, subtracting 1.13 percentage point from GDP growth.

Should the economy’s shortages persist well into the future, the economy would likely struggle to maintain its current robust pace of growth.