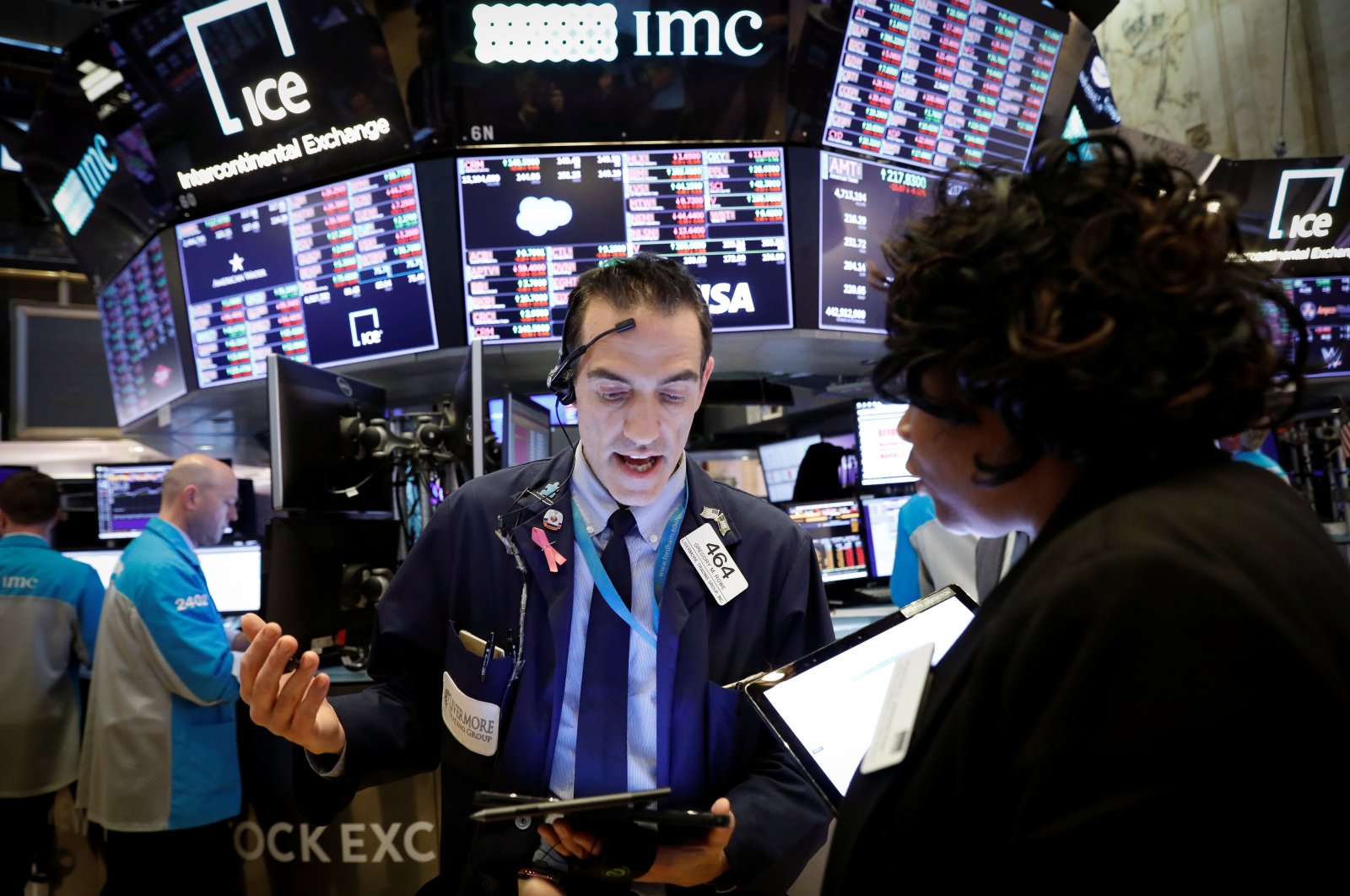 Investors look to policymakers to help ease a liquidity squeeze as cratering stock markets trigger a rush for cash, with hopes more global stimulus will absorb shock from coronavirus pandemic

Global central banks acted to shore up money markets on Friday after cratering share prices drove a rush for cash, hitting many regional currencies and threatening a surge in short-term borrowing costs.

Stocks bounced off their lows on Friday in hopes of more central bank stimulus and government spending but were still set for their worst week since the 2008 financial crisis, with coronavirus panic-selling hitting nearly every asset class.

The avalanche of selling in stocks on fears over the coronavirus outbreak took Wall Street’s “fear gauge” to its highest level since the financial crisis on Thursday.

The Cboe Volatility Index marked its biggest one-day surge on record as U.S. stocks confirmed a bear market in their steepest daily percentage drop since the crash of 1987.

The VIX ended Thursday’s session at 75.47, a more than 21-point jump over its already elevated closing level of 53.9 on Wednesday. The index was at its highest level since November 2008, during the throes of the financial crisis.

Its surge came as the S&P 500, the Dow Jones Industrial Average and the Nasdaq all shrank more than 9% as concerns over the potential economic impact of the coronavirus epidemic mounted.

The steep climb in the VIX reflects concerns over whether U.S. monetary and fiscal policy can effectively mitigate the impact of the virus’s outbreak.

With most developed economies moving into partial shutdown in response to the escalating pandemic, many countries announced stimulus packages.

Germany on Friday pledged to spend whatever is needed to dull the economic impact of the coronavirus, while the European Commission said it’s ready to green light widespread fiscal stimulus if the situation deteriorates.

Its goal was to make sure firms have sufficient liquidity to get through the crisis unleashed by the outbreak, the finance and economy ministries said in a joint statement Friday. Finance Minister Olaf Scholz said there will be no limit to the money available, and Germany may need to take on additional debt to finance the spending spree.

Norway’s central bank offered the first in a series of emergency three-month loans to the banking industry and joined the growing list of monetary authorities that have slashed borrowing costs in recent days with an unexpected half-point cut in its key policy rate.

Sweden’s central bank said it would lend up to 500 billion Swedish crowns ($51 billion) to local firms via banks to ensure they had access to credit.

“We should see more action from central banks because what we need here is a short-term liquidity bridge,” said Mohammed Apabhai, head of Asian trading strategy for Citigroup. “The issue is that if we don’t see that, then this situation risks becoming a more systemic problem.”

Some companies have begun hoarding cash and drawing down credit lines as they look to balance the need to pay wages and overheads as their income is hit by the drop in everyday activity.

Air France KLM, like other major airlines heavily exposed to global flight restrictions imposed to try to limit the coronavirus’s spread, said it had drawn down on 1.1 billion euros ($1.2 billion) worth of its revolving credit facility to help its financial position.

In South Korea, one of the countries on the frontline of the outbreak, the finance ministry met and agreed to cooperate with its central bank, following speculation that an emergency interest rate cut could be in the cards.

The cost of raising dollars through won-dollar swaps surged to a six-year high as demand for the world’s reserve currency soared among brokerages in Seoul.

The succession of central bank moves came after the U.S. Federal Reserve on Thursday surprised markets by injecting $500 billion into the financial system and pledged to add a further $1 trillion.

That unscheduled offer of effectively unlimited dollars came as U.S. stocks plunged nearly 10% in their biggest one-day losses since the 1987 market crash and marked an attempt to avoid the credit market paralysis that occurred during the 2008 global financial crisis.

Heartened by the Fed’s cash bonanza, European stock markets on Friday clawed their way tentatively back from their worst day ever.

Wall Street was also set for a rebound on Friday as investors hoped more fiscal easing would head off a global recession.

The Dow and the S&P 500 indexes, which had crashed almost 10% on Thursday, were still down over 25% from record highs hit in mid-February and headed for their worst week since the financial crisis.

Stocks, however, remained on course for their worst week since the financial crisis and deep-seated concerns about Italy – the epicenter of Europe’s coronavirus outbreak – extended losses for its government bonds after their worst day in nine years.

On Thursday the European Central Bank had announced a more modest stimulus, offering banks loans with rates as low as minus 0.75%, below the ECB’s minus 0.5% deposit rate and so essentially a rebate. It also promised to increase bond purchases but did not cut benchmark interest rates as many investors had expected.

Italy and Spain, meanwhile, imposed trading curbs, banning short-selling of dozens of stocks, to stem a market rout triggered by the outbreak.

But the MSCI world equity index, which tracks shares in 49 countries, hit a three-year low in Asian hours and was down nearly 16% this week so far — its worst run since October 2008 when Lehman Brothers’ collapse triggered the global crisis.

“Markets are quite prepared for a period of falling output. The real fear is that you get second-round effects that result in a nastier, longer recession in the global economy,” said Investec economist Philip Shaw.

“That is going to be very difficult to escape from given the monetary pedal is very close to the floor in many jurisdictions.”

Earlier, Japan's Nikkei fell 10% before paring losses to close 6% lower. Australia's S&P had its wildest trading day on record, falling past 8% before surging in the last minutes of trade to settle 4.4% higher at the close.

MSCI’s broadest index of Asia-Pacific shares outside Japan wobbled 0.1% higher by late afternoon after falling more than 5% in morning trade.

The Bank of Japan’s announcement of extra bond-buying was unscheduled, signaling policymakers’ concern that liquidity could dry up.

“When the BOJ meets next week, it will probably take more steps to provide liquidity,” said Ayako Sera, market strategist at Sumitomo Mitsui Trust Bank in Tokyo. “It could even buy corporate bonds or commercial paper, but this only benefits large companies. Something else is needed to direct support to small firms.”

The Reserve Bank of India said it would provide dollars via currency swaps, with the first such transaction, for $2 billion, to be held on Monday.

The Bank of Canada extended its bond buyback program and pledged to hold more frequent debt exchanges in which banks can exchange older bonds for newer, more liquid ones.