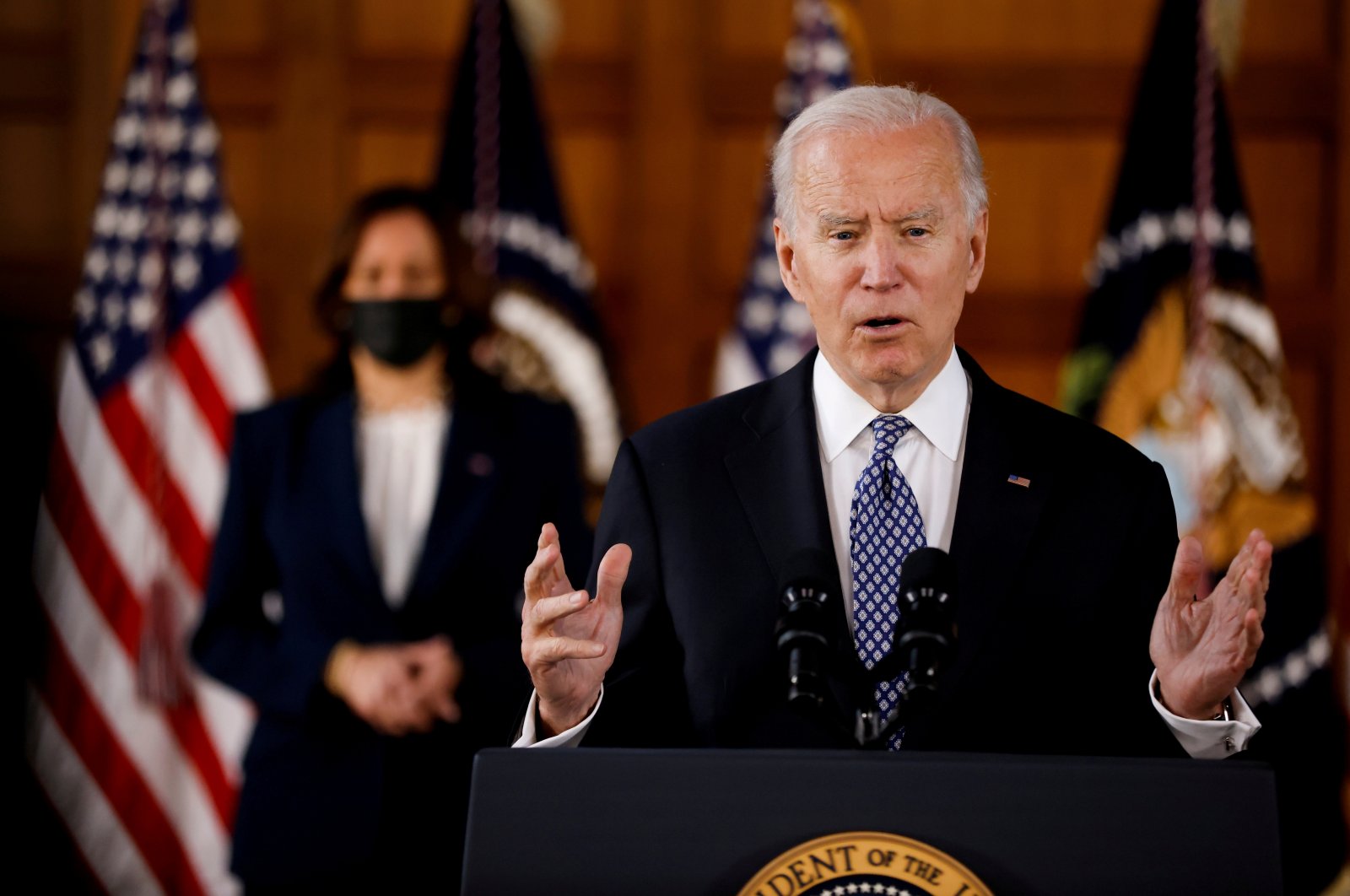 Fresh off the passage of the COVID-19 relief bill, U.S. President Joe Biden is assembling the next big White House priority, a sweeping $3 trillion package of investments on infrastructure and domestic needs.

Biden huddled privately late Monday with Senate Democrats as Congress has already begun laying the groundwork with legislation for developing roads, hospitals and green energy systems as part of Biden's “Build Back Better” campaign promise. Much like the $1.9 trillion virus rescue plan signed into law earlier this month, the new package would also include family-friendly policies, this time focusing on education and paid family leave.

The White House plans are still preliminary, with a combined $3 trillion in spending proposed to boost the economy and improve quality of life, a person familiar with the options who insisted on anonymity to discuss private conversations told The Associated Press (AP).

Biden advisers are weighing a price tag of between $3 trillion and $4 trillion for the new legislative action, including repairing the country’s crumbling infrastructure and tackling climate change, a Reuters report suggested, citing a source.

While the goal is a bipartisan package, Democrats in Congress have signaled a willingness to do it alone if they are blocked by Republicans.

“We need to get it done,” said Sen. Richard Blumenthal, D-Conn., ahead of the virtual meeting with Biden at the senators' annual retreat Monday evening.

Biden's outreach to Senate Democrats comes as the White House is under fire for its handling of the U.S.-Mexico border. Migrant crossings are skyrocketing, with images of cramped holding facilities posing a humanitarian and political dilemma for the administration and its allies in Congress. The focus on infrastructure shifts attention back toward priorities that are potentially more popular with Americans and potentially bipartisan.

An infrastructure package would include roughly $1 trillion for roads, bridges, rail lines, electrical vehicle charging stations and the cellular network, among other items. The goal would be to facilitate the shift to cleaner energy while improving economic competitiveness.

A second component would include investments in workers with free community college, universal pre-kindergarten and paid family leave.

No part of the proposal has been finalized and the eventual details of any spending could change.

The overall price tag first reported Monday by The New York Times has been circulating on Capitol Hill for weeks, since the start of the Biden presidency. With the House and Senate under Democratic control, the proposals are expected to draw support from all corners of Congress.

House Speaker Nancy Pelosi asked the Democratic committee chairperson earlier this month to start working with their Republican counterparts to begin “to craft a big, bold and transformational infrastructure package.”

Pelosi said the goal is to build swiftly on the coronavirus rescue plan by developing an economic relief plan to help “people in every zip code by creating good-paying jobs for the future.”

The administration is positioning its priorities at a politically and fiscally sensitive time, after funding its $1.9 trillion relief package entirely with debt. The Federal Reserve estimates that spending could push growth this year to 6.5%, and additional spending would only add pressure to an economy already expected to run hot.

Biden's campaign proposed higher corporate taxes and increases on people making more than $400,000 annually, effectively undoing much of the 2017 tax cuts by his predecessor, Donald Trump.

A White House official said the president has been very clear about his agenda, even though the details are only just starting to surface. The official insisted on anonymity to discuss private conversations.

On Monday, the House Energy and Commerce Committee debated a $300 billion-plus measure to invest in drinking water, broadband and other priorities. On Thursday, Transportation Secretary Pete Buttigieg is set to appear before the Transportation and Infrastructure Committee. Next week, the Senate Finance Committee is scheduled to release a white paper revisiting the overseas tax code as a way to pay for some of the spending.

Republican leader Mitch McConnell used his opening remarks Monday in the Senate to trash the infrastructure proposal, warning it would only lead to tax hikes and what he called “left-wing policies.”

“We’re hearing the next few months might bring a so-called infrastructure proposal that may actually be a Trojan horse for massive tax hikes and other job-killing, left-wing policies," he said.

He derided the Democratic proposals as similar to the Green New Deal, a sweeping plan to address climate change that he said would cost “unbelievable sums.”

Biden is expected to roll out his budget in the weeks ahead as Congress presses forward on the infrastructure package, which lawmakers have said could be ready by summer.