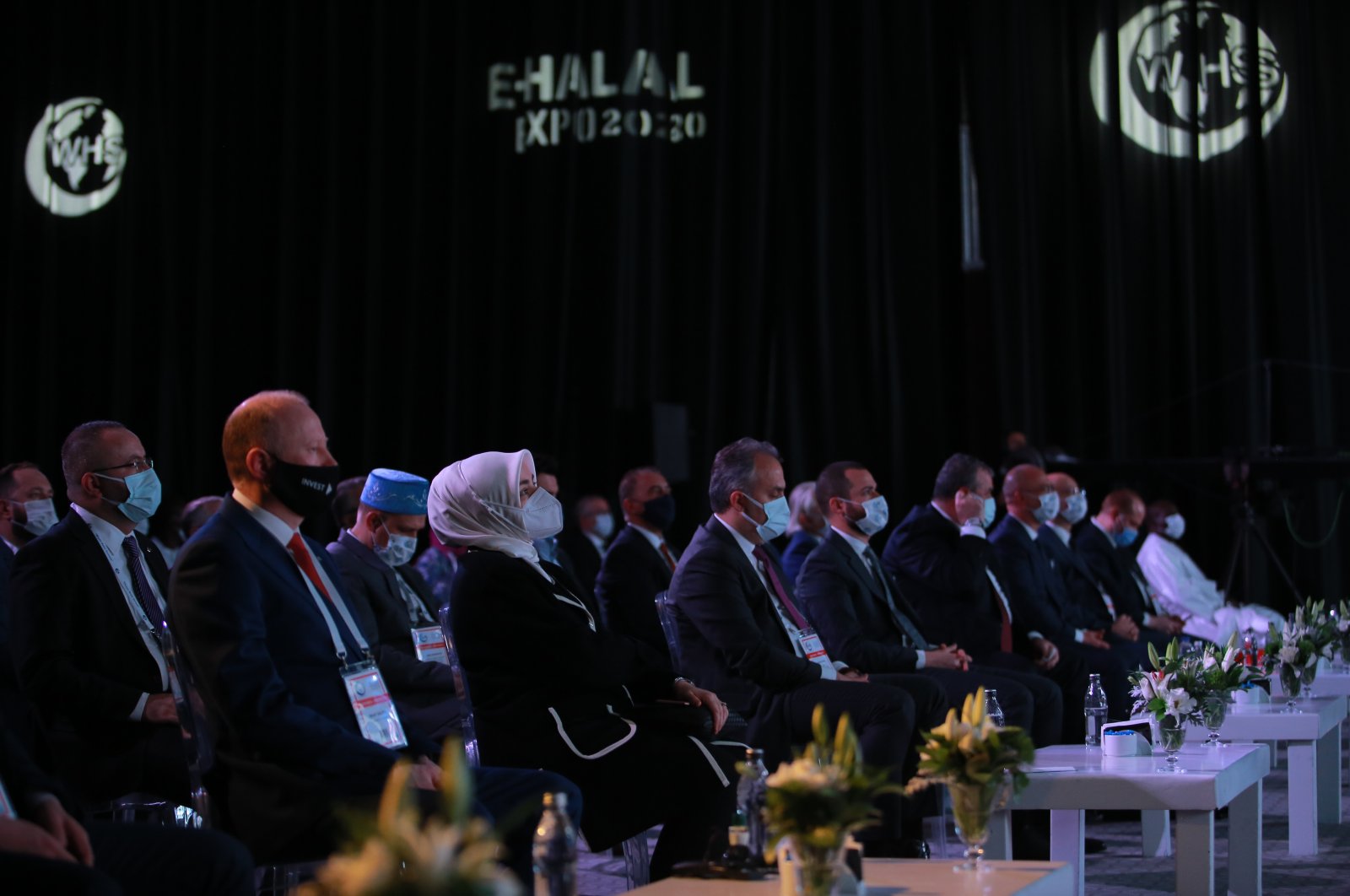 The World Halal Summit, the world’s largest halal event that aims to bring to light the latest developments and updates related to the over $4 trillion-halal market, with international academicians and fiqh experts started Monday with the participation of industry players and investors from all over the globe.

Speaking during the summit, Ihsan Övüt, secretary-general of the Standards and Metrology Institute for Islamic Countries (SMIIC) which is one of the two organizers of the event along with the Discover Events on behalf of the Islamic Centre for Development of Trade (ICDT) said standardization studies regarding the halal market are continuing and that “there are studies on halal pharmacy, halal animal products, halal test materials and halal gelatin.”

Organized under the theme “Halal for All: Halal in All Aspects, from Production to Consumption,” the summit is the sixth of its kind and is taking place at the Pullman Convention Center in Istanbul. Its main media sponsor is Daily Sabah.

Speaking at the opening of the summit, Övüt said the halal sector cannot be considered separate from standardization.

“We are trying to bring together halal and standardization under a professional roof,” he said.

Stating that the halal sector has reached a global dimension in the last 10 years and that they have published 11 halal standards, Övüt noted that every halal standard is a result of technical expertise and these standards are signed and approved by member countries.

“It is signed by Islamic experts alike and by the international Islamic Fiqh Academy. In this way, we try to respond to global demands, combining high quality with a technical and Islamic perspective,” he said.

Zafer Soylu, the head of the Halal Accreditation Agency, also speaking at the summit stated that the halal economy has a value of more than $4 trillion globally and that the importance of halal products is increasing on a global scale day by day.

Stating that they view the issue as a sustainable halal supply chain, taking into account the sensitivities of Muslims or non-Muslims who can prefer halal, Soylu said: “In this context, health, hygiene and quality are important. Stakeholders have difficulties in terms of halal here and have difficulties in accessing halal-certified products. It is very important to certify halal products and to do this based on common standards. It will be with the mutual recognition of these certificates.”

"The size of the halal market, which includes many sectors from food to tourism, from medicine to clothing, has exceeded $4 trillion. With the increase in demand for halal products by 2 billion Muslims, this figure is expected to reach $7 trillion in the next 10 years," which urges to speed up cooperation in the Muslim world.

The summit is set to run through Wednesday. Besides, a virtual halal fair in Turkey, E-Halal Expo, will take place online as of today and run through Thursday.