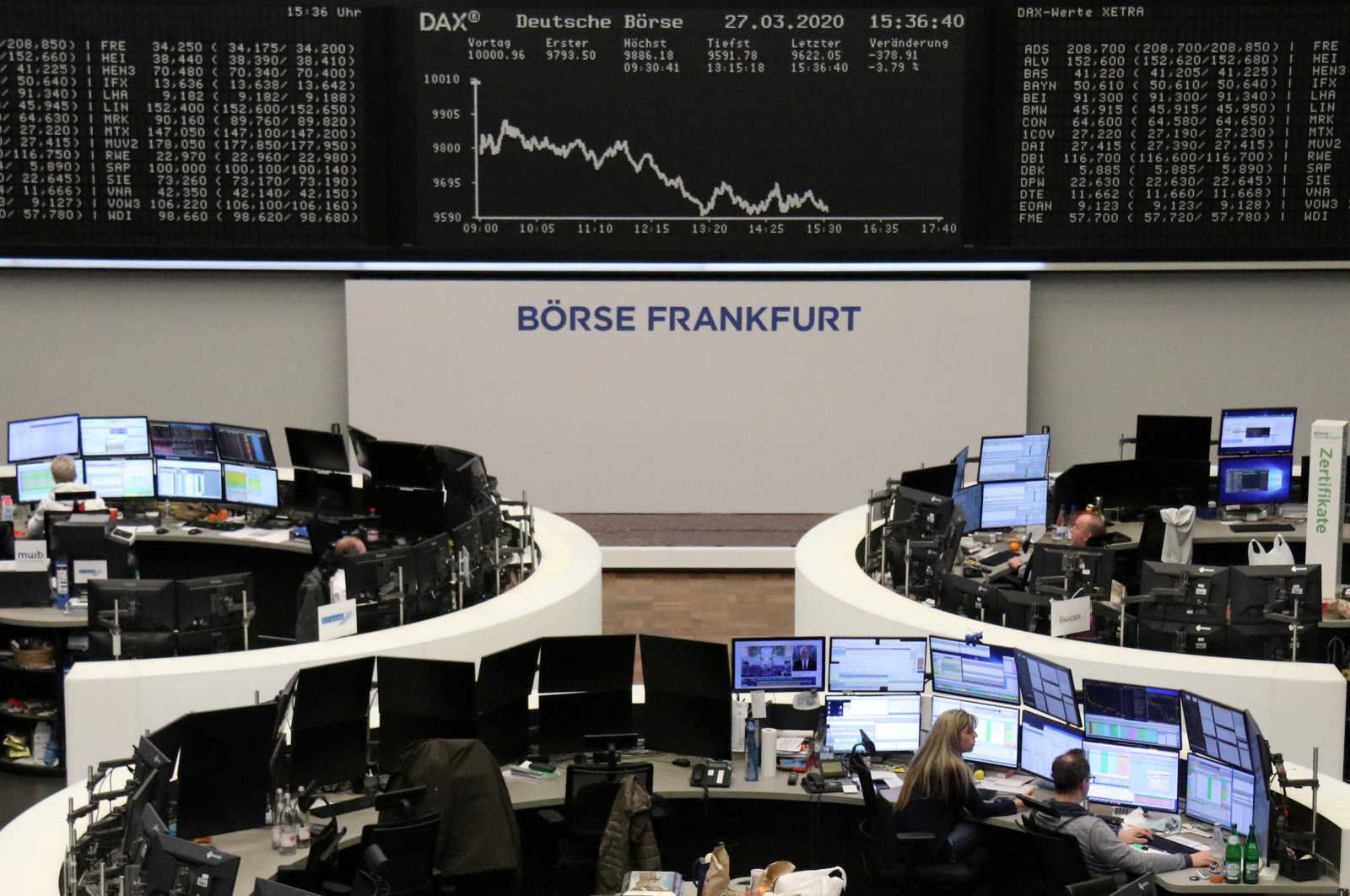 Despite their recent rally, global stocks still remained down more than 20% for the quarter, with European shares having had a particularly nightmarish run as Britain’s FTSE has seen its worst three months since 1987

World stocks were set to close their worst quarter since 2008 on a brighter note, as Chinese factory data on Tuesday held out hope for an economic revival even as much of the rest of the world locked down to fight the coronavirus.

Stocks have rallied since the start of last week but remain down more than 20% for the quarter. European shares have had an even worst time, suffering their worst three months since 2002. Britain’s FTSE last endured such a drop in 1987.

But with policymakers responding with more than $10 trillion and counting of fiscal and monetary stimulus packages, a semblance of calm has returned this week as brave investors bet the worst is behind them.

That followed gains in Asia after China's manufacturing purchasing managers' index rose to 52.0 in March from a record-low 35.7 in February, topping forecasts of 45.0.

Analysts cautioned that underlying Chinese activity probably remained below par, since the improvement measured the net balance of companies reporting an expansion or contraction, but markets cheered the news.

S&P 500 futures rose 0.6%, pointing to a stronger open on Wall Street after a rally on Monday lifted the U.S. index towards a 20% gain since the lows of last week.

The MSCI world equity index, which tracks shares in 49 countries, edged 0.14% higher. It is down 21% for this quarter.

Not everyone is convinced the current rally has legs.

"In spite of the significant sell-off of most growth-oriented assets since mid-February, we are concerned there is further downside ahead," said Salman Baig, an investment manager at Unigestion.

"The violent market action should not be understated, but the underlying cause – an accelerating pandemic requiring large parts of the economy to shut down – is still with us."

The number of coronavirus infections globally is heading towards 800,000. But Deutsche Bank analysts noted that for two consecutive days the global growth in new cases was below 10%, after exceeding that for most of the past two weeks.

Health officials are much more cautious. A World Health Organization (WHO) official warned on Tuesday that even in the Asia-Pacific region the epidemic was "far from over."

"This is probably the most embarrassing statistic for the West that China could possibly release," Charlie Robertson, the chief economist at Renaissance Capital, tweeted, referring to China's factory data release.

"Not only did China stop the virus with just 3,309 deaths, they also appear to have done it with just a one-month shutdown of the economy."

Some analysts dispute China's figures, however.

Oil prices rose off the 18-year lows hit on Monday after the U.S. and Russia agreed to talks to stabilize energy markets.

Crude prices have been hit by a double whammy, with U.S. crude at one point falling below $20 a barrel Monday, as the virus outbreak cut demand worldwide and Saudi Arabia got into a price war with Russia.

The dollar rose for a second day, although the gains were more controlled than those earlier this month that put severe stress on funding markets for the U.S. currency.

The dollar, measured against a basket of currencies, strengthened 0.4% to 99.652.

Analysts say investors rebalancing their portfolios at month-end and quarter-end were probably behind some of the dollar's moves this week.

There was little respite for some emerging-market currencies, with Latin American ones falling again.

The South African rand staged a tentative recovery after dropping to record lows on Monday following the downgrade to its sovereign debt rating.

Bond market moves were more measured than in recent weeks. Italian government bond yields were steady before an auction of debt, amid hopes the country's efforts to contain the spread of the coronavirus may be starting to work.