Worst job loss in history: 20.2 million private-sector jobs in US lost in April amid pandemic 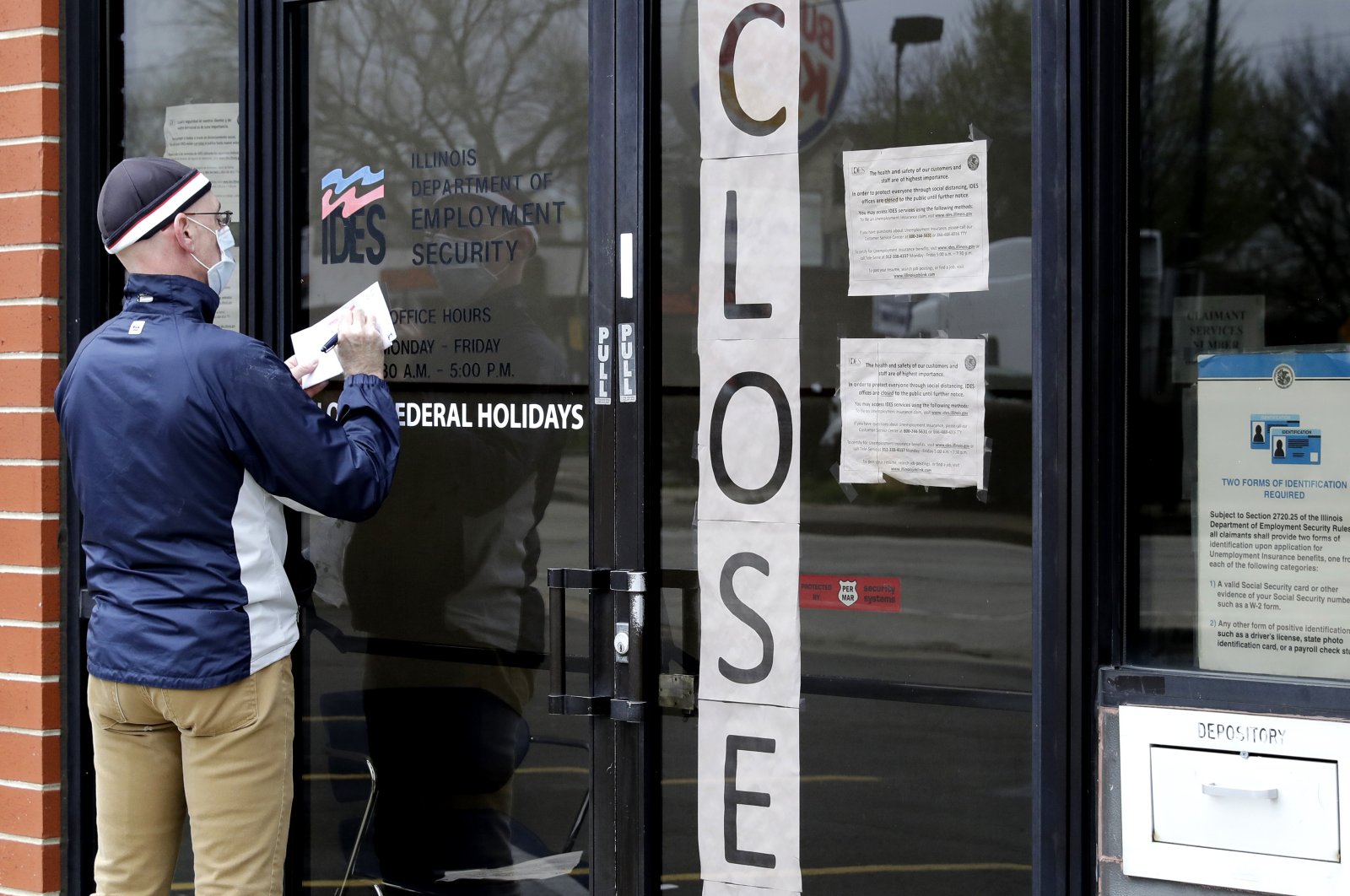 A man writes information in front of Illinois Department of Employment Security in Chicago, April 30, 2020. (AP Photo)
by Compiled from Wire Services May 06, 2020 6:51 pm
RECOMMENDED

The plunge in private payrolls shown in the ADP National Employment Report on Wednesday suggested that national lockdowns to slow the spread of COVID-19, the respiratory illness caused by the virus, could leave lasting scars on the economy, even as large parts of the country reopen non-essential businesses.

"One thing for sure is that this pandemic health crisis has produced depression-magnitude job losses which means this recovery is going to take longer than many are thinking," said Chris Rupkey, chief economist at MUFG in New York.

"The Great Depression lasted three and a half years, and it will be a miracle if the economy gets anywhere near back to normal within the next couple of years."

Data for March was revised to show private payrolls decreasing by 149,000 jobs instead of the previously reported 27,000, which was the first decline since September 2017.

Economists polled by Reuters had forecast private payrolls tumbling by 20.050 million jobs in April. The ADP report is jointly developed with Moody's Analytics.

The staggering numbers were widely anticipated, since 30.3 million people had filed claims for unemployment benefits since March 21, equivalent to nearly one out of every five workers losing their job in just over a month.

The economy contracted in the first quarter at the steepest pace since the fourth quarter of 2008. The slumping economy and rising joblessness are big challenges for President Donald Trump, who is seeking a second term in office in November's election.

Trump has been pushing for businesses to reopen and even supported demonstrations in some parts of the country against the "stay-at-home" orders.

At least 30 states have partially reopened, though health experts and researchers have predicted a surge in infections and deaths.

"The jobs numbers are very, very chilling and I think that it's very important, you know, to let people understand in a very somber way that this is the biggest shock that our economy has ever seen, but it's something that we've done in order to get ahead of the curve on the disease," Trump's economic adviser, Kevin Hassett told Fox Business Network on Wednesday.

According to ADP, the leisure and hospitality sector shed 8.6 million workers last month, accounting for more than 40% of the private sector job losses. Manufacturing Trade, transportation and utilities let 3.4 million people go. Construction firms cut nearly 2.5 million jobs, while manufacturers let go of roughly 1.7 million people. The health care sector cut 1 million jobs, but education services eked out a gain of 28,000 as colleges and universities do not appear to have forced significant layoffs that could come later this year.

More than half of April’s job losses came from smaller companies with 500 workers or fewer. But larger employers cut 8.9 million jobs.

Stocks on Wall Street were trading higher amid hopes of a pickup in business activity as more states ease restrictions on movements, shifting investors' attention from the dismal employment numbers.

The dollar rose against a basket of currencies. U.S. government bond prices fell after the Treasury Department sharply increased the size of its long-dated debt auctions.

"We are at the apex of the job losses," said Moody's Analytics chief economist Mark Zandi. "We should see a turn relatively soon in the job statistics, but we are not going to regain all the jobs we lost in the last couple of months."

The ADP noted that its April report "does not reflect the full impact of COVID-19 on the overall employment situation."

According to a Reuters survey of economists, nonfarm payrolls are forecast to have tumbled by a historic 21.853 million in April, which would blow away the record 800,000 dive seen during the Great Recession. Employment dropped by 701,000 jobs in March, ending a record streak of gains dating to September 2010.

The unemployment rate is seen jumping to 16% in April, which would shatter the post-World War Two record of 10.8% touched in November 1982. In March the jobless rate shot up 0.9 percentage point, the largest monthly change since January 1975, to 4.4%.