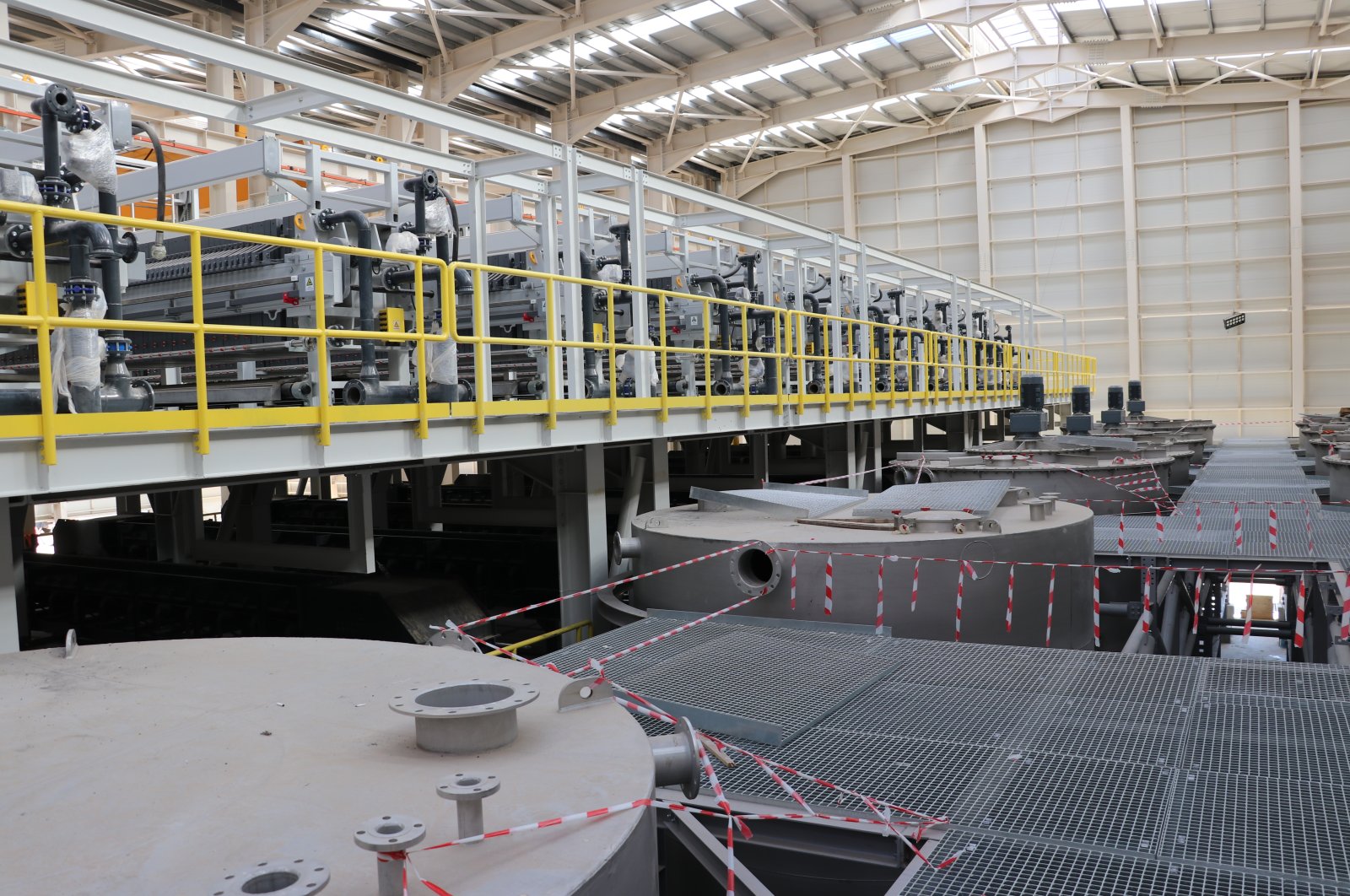 After eliminating terrorist elements in Turkey's eastern and southeastern regions, where the PKK terrorist organization had been conducting terrorist attacks against both civilians and the country’s security forces for decades, investments have started to pour into the provinces in the region.

One of the latest such moves is Lineer Metal Inc.'s zinc facility, which was established through a Turkish-Qatari partnership in an Organized Industrial Zone (OIZ) in southeastern Siirt with the aim of cutting down the country's annual 250,000 tons of zinc imports.

The facility – which is completing construction – consists of three stages. The first was implemented with an investment of $102 million (TL 988.5 million) and will be opened on Nov. 20 with the participation of President Recep Tayyip Erdoğan. The total investment of the facility, of which the remaining stages will be completed by 2023, will reach $500 million.

Turkey imports all of its zinc, which is used in the automotive, iron-steel and white goods industries, causing an average current account deficit of $1 billion.

When the facility becomes operational, it is set to make a strong contribution to the country's economy by cutting this outside dependency.

The facility where the zinc mine is located in the mining areas of Siirt and nearby Şırnak and Hakkari provinces will process zinc on-site, leading to an initial 40% reduction of imports, preventing a deficit of $400 million. When all stages of the facility are complete, imports will be circumvented entirely. The facility, which will provide direct employment to a total of 3,500 in the factory in Siirt and 2,500 in the mines in Hakkari and Şırnak, is set to employ 7,500 people in 2023.

Yasin Aktay, honorary chairperson of Lineer Metal Inc., drew attention to the strategic importance of the investment, noting that Turkey currently imports all of the 250,000 tons of zinc that it consumes annually.

“Our facility will reduce Turkey's zinc imports by 40% with a production of 90,000 tons in the first place. Over time, we will increase the capacity,” he said. Aktay also said that the foundations of two more factories that will process lead-silver and sulfuric acid will be laid as part of the same initiative, on the day of the opening of the zinc smelting facility.

Aktay underlined that the project is the largest industrial investment ever made in the region.

Fikret Baydarman, Lineer Metal Inc. chairperson of the board of directors, stated that all the raw materials needed for zinc and lead production will be sourced from Turkey, adding that rich raw material deposits required for zinc production had been discovered, particularly in Hakkari and Şırnak.

Explaining that 90% of zinc is imported from Spain, Baydarman said: “There was no facility to separate the minerals in Turkey. The found minerals were sent abroad, sorted and brought to our country. We could not process our ore. We will prevent this with domestic and national investment.”