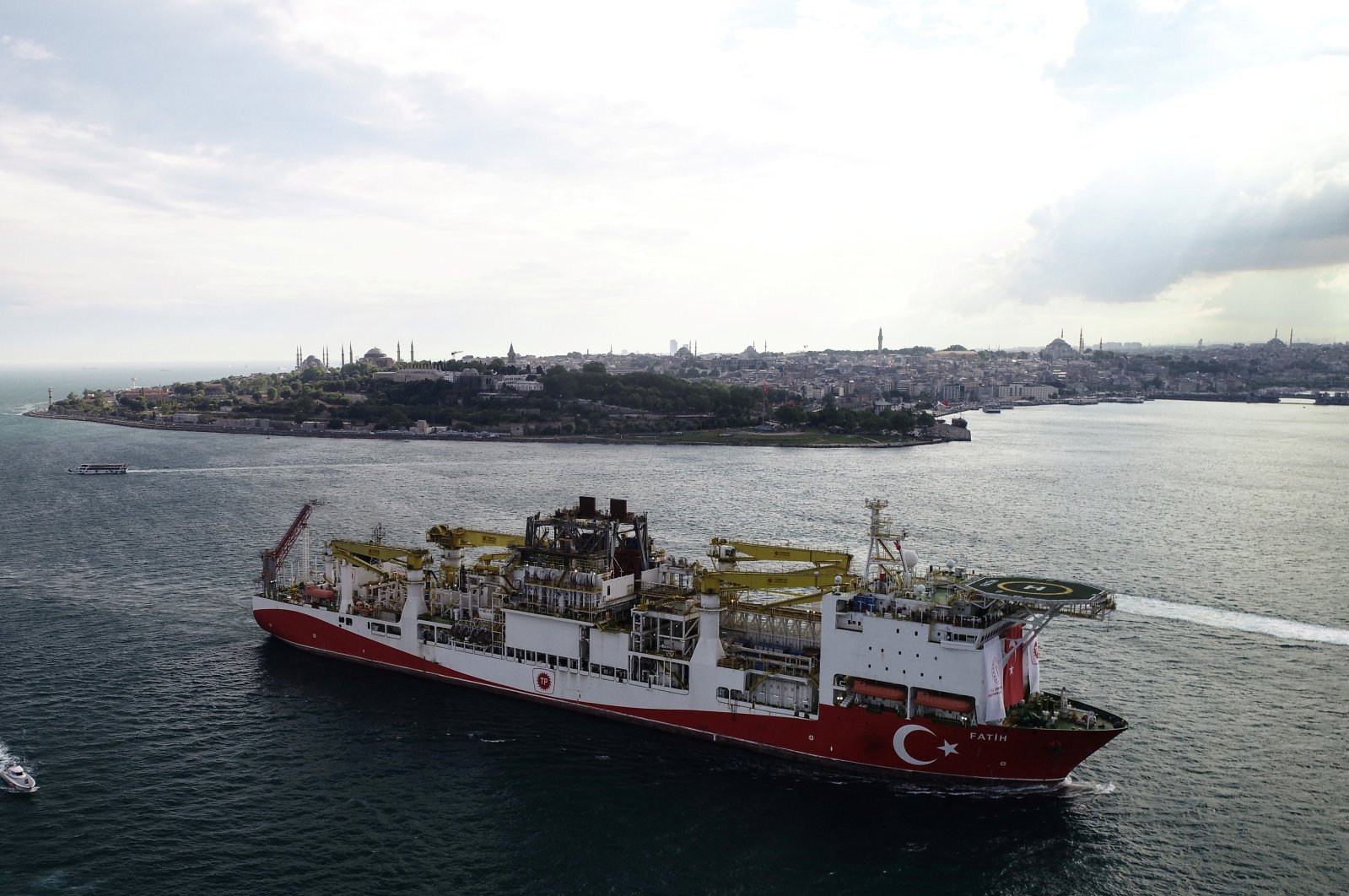 Turkish drilling vessel Fatih sails through Bosphorus as it leaves for the Black Sea in Istanbul, Turkey, May 29, 2020. (Reuters Photo)
by DAILY SABAH WITH AA Dec 29, 2020 1:14 pm
Edited By Alen Lepan
RECOMMENDED

This year was an important one for Turkey’s energy sector and discovering the largest amount of natural gas off the country’s Black Sea shores surely was one of the critical developments. The upcoming year has already been dubbed a turning point for the natural gas sector given that a significant portion of Ankara’s long-term gas contracts will be terminated in 2021, providing the groundwork for a better bargain in future contracts.

Renegotiating those contracts and securing cheaper prices are among the primary demands of Turkey.

The contracts that are set to expire in 2021 cover a total of 15.9 billion cubic meters (bcm) of natural gas out of a total of oil-indexed long-term contracts for 58 bcm. This would be determinative for next year’s sectoral and natural gas expenditures.

Turkey's Petroleum Pipeline Company's (BOTAŞ) 6.6 bcm contract with Azerbaijan will expire in April 2021, while a 4 bcm contract with Russian energy giant Gazprom and 1.3 bcm liquefied natural gas (LNG) contracts will also expire at the end of 2021.

Other contracts amounting to 4 bcm that Botaş handed down to the private sector in 2007 are also set to expire over the course of 2021.

The 2.1 bcm LNG contract with Qatar is also due to expire in September of the coming year.

Investment and consultancy company APLUS Energy's Volkan Yiğit told Anadolu Agency (AA) Tuesday that 2021 is a tipping point for the natural gas contracts of all the shareholders of the energy sector and state institutions.

Yiğit, who defined the recent investments by Turkey in LNG infrastructure as important steps regarding source diversity and flexibility, said increasing the capacity of the storage facilities each year will also accelerate the flexibility of the system and provide benefits and advantages during the low-cost period.

This year, which saw energy sector prices plunging to record lows during the pandemic, was that kind of a period, Yiğit said, as Turkey has decreased its natural gas costs by covering the majority of the needs via LNG purchased during the second quarter of the year when the prices were at historically low levels.

Saying that take-or-pay obligations on Turkey’s existing contracts and limits on exporting the natural gas to other countries are some obstacles, Yiğit emphasized that is why a flexible contract is the top priority demand for Ankara.

“One other expectation from the negotiations is a possible discount on natural gas prices. Whether this would be covering the expiring contract only or will apply for continuing Russian gas contracts will be determined at the end of the negotiations,” he said.

Yiğit stressed that one of the factors that supports Turkey’s discount expectations is Russia providing a 40% discount to Bulgaria at the beginning of the new year. Moscow had also made substantial discounts when sitting at the table with some other European countries regarding similar contracts, he added.

Saying that the changes in the oil prices reflect on oil-indexed natural gas prices six to nine months later, Yiğit noted that following the fall in oil prices this year and the gas import price, which was around $285 (TL 2,105) per 1,000 cubic meters in 2019 decreased to around $210.

He underlined that they expect this figure to decrease further in the first quarter of 2021 and to reach even around $170, then entering into an increasing course depending on the oil prices.

Commenting further on the country’s LNG purchases and investments, Yiğit said that there won’t be a need to renew all the LNG contracts expiring in 2021.

“If we consider that our long-term contracts to decrease by around 40 bcm as an even account, our system can easily manage the remaining part with spot LNG imports. We have broken a new record by importing 12 bcm of LNG during the first nine months of 2020, which demonstrates how valuable the previously mentioned investments are for the flexibility of the system,” Yiğit said.

Out of the nine deepwater wells drilled by Turkey’s fleet in the Mediterranean and the Black Sea, only one – located at the Tuna-1 field – has proven successful so far, with sufficient quantities of commercially viable oil and gas.

On Aug. 21, President Recep Tayyip Erdoğan announced the discovery of 320 bcm of natural gas reserves in the Tuna-1 well in the Sakarya Gas Field, located around 170 kilometers (105 miles) offshore in the Black Sea, which was later revised to 405 bcm after finding an additional 85 bcm.