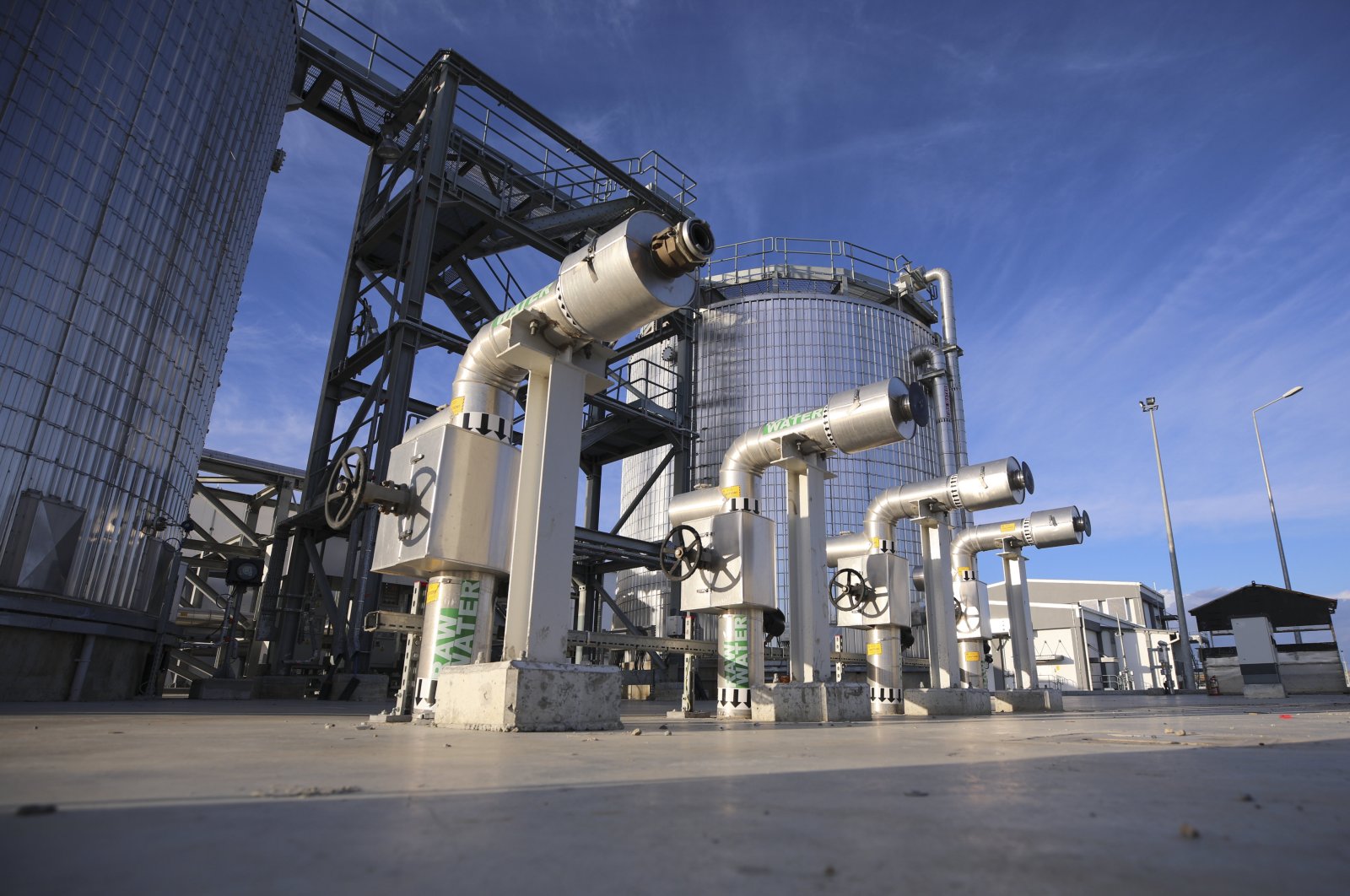 A station of TANAP in the Ipsala district of northwestern Turkey's Edirne province seen in a photo from Nov. 30, 2019. (AA Photo)
by Anadolu Agency Jun 11, 2020 12:15 pm
Edited By Ayşe Betül Bal
RECOMMENDED

In an exclusive interview with Anadolu Agency (AA) on the second anniversary of TANAP's official launch on June 12, Düzyol stated that TANAP's gas deliveries to Turkey have incrementally increased from the first year when it initially delivered 2 bcm.

Commenting on the issue, Treasury and Finance Minister Berat Albayrak expressed satisfaction with the developments in Turkey's energy sector.

“We have worked with all our might in order to make Turkey an energy hub. We have learned that the total natural gas flow to Turkey via TANAP, one of the most strategic steps taken in reaching this goal, will reach 6 billion cubic meters,” he wrote in a statement shared on his Twitter account Thursday.

According to Düzyol, TANAP is a significant symbol of successful cooperation between Turkey and Azerbaijan, with the official launch ceremony on June 12, 2018, presided over by President Recep Tayyip Erdogan and his Azerbaijani counterpart Ilham Aliyev.

The project is also the most important part of the Southern Gas Corridor, which has strategic value for the European Union and global energy geopolitics, Düzyol said.

"With a length of 1,850 kilometers, TANAP is the longest and biggest full-scale natural gas project in the Middle East and Europe," he said.

TANAP, with investments of over $7 billion, is the largest section of the Southern Gas Corridor project. The pipeline stretches from the Turkish-Georgian border to the Turkish-Greek border to supply natural gas to both Turkey and European countries.

A total of 16 bcm of gas will be delivered through the project out of which TANAP will deliver 6 bcm to Turkey while transferring 10 bcm via the Trans Adriatic Pipeline (TAP) on the Turkey-Greece border. The delivery capacity of TANAP is projected to expand to 24 bcm-31 bcm over time.

Düzyol explained that TANAP is a new source of supply for Turkey while also creating supply and route diversity. Azerbaijan will now become Turkey’s second-biggest gas supplier after Russia with gas flow through TANAP and a new supplier for EU countries.

“The project will contribute to the energy security of these countries and increase gas-to-gas competition,” he said.

It will also allow Azerbaijan, for the first time, to export its gas to Europe, which Düzyol said would increase the country's revenues and also develop its relations with the EU.

TANAP connects with the 878-kilometer Trans Adriatic Pipeline (TAP) at the Turkish-Greek border in Kipoi, which then crosses Greece, Albania and the Adriatic Sea before coming ashore in southern Italy.

The completion of the TANAP section from Eskişehir to the Turkish-Greek border on July 1 last year ensures that TANAP is ready to deliver gas to Europe, but this cannot go ahead without first completing TAP.

However, good progress has been made on this, according to Düzyol.

"TAP's territorial part is largely complete, and we have delivered 21.4 million cubic meters of natural gas to TAP for testing," he said.

The TAP AG company also recently announced that they completed the 105-kilometer offshore section of the pipeline under the Adriatic Sea, according to a statement from the company on June 9.

Düzyol said they will increase gas volumes to TAP in line with the demands of the project with the aim of starting commercial gas flows as soon as possible after testing and commissioning studies are completed.

Activities to connect the Italian and Albanian coasts began in mid-January, with pipes welded and tested onboard the semi-submersible pipelay vessel, Castoro Sei. The pipes were then laid on the seabed of the Adriatic Sea in a continuous stretch from the Italian shore toward Albania, the statement said.

A broad range of measures to protect the health and safety of all people involved were taken due to the COVID-19 pandemic, the company said in the statement.

Approximately 9,000 pipes were used for TAP’s offshore section and laid at depths of approximately 810 meters below sea level.

TAP's contractor Saipem’s Castoro Sei laid pipes covering an average of 1.2 kilometers per day but reached a peak on one single day of 2.8 kilometers, the statement said.

"Completing the offshore pipeline section marks another key milestone towards the finalization of our project. Once operational, the TAP will bring a new source of natural gas to Europe, supporting decarbonization, energy security and diversification," Luca Schieppati, TAP’s managing director, was quoted as saying in the statement.

The TAP project is currently more than 95% complete and the first gas delivery to Europe is scheduled for the end of this year, the statement said

The pipeline is expected to deliver 10 billion cubic meters of natural gas annually.