A year on, TurkStream proves Turkey to be trustworthy international energy partner 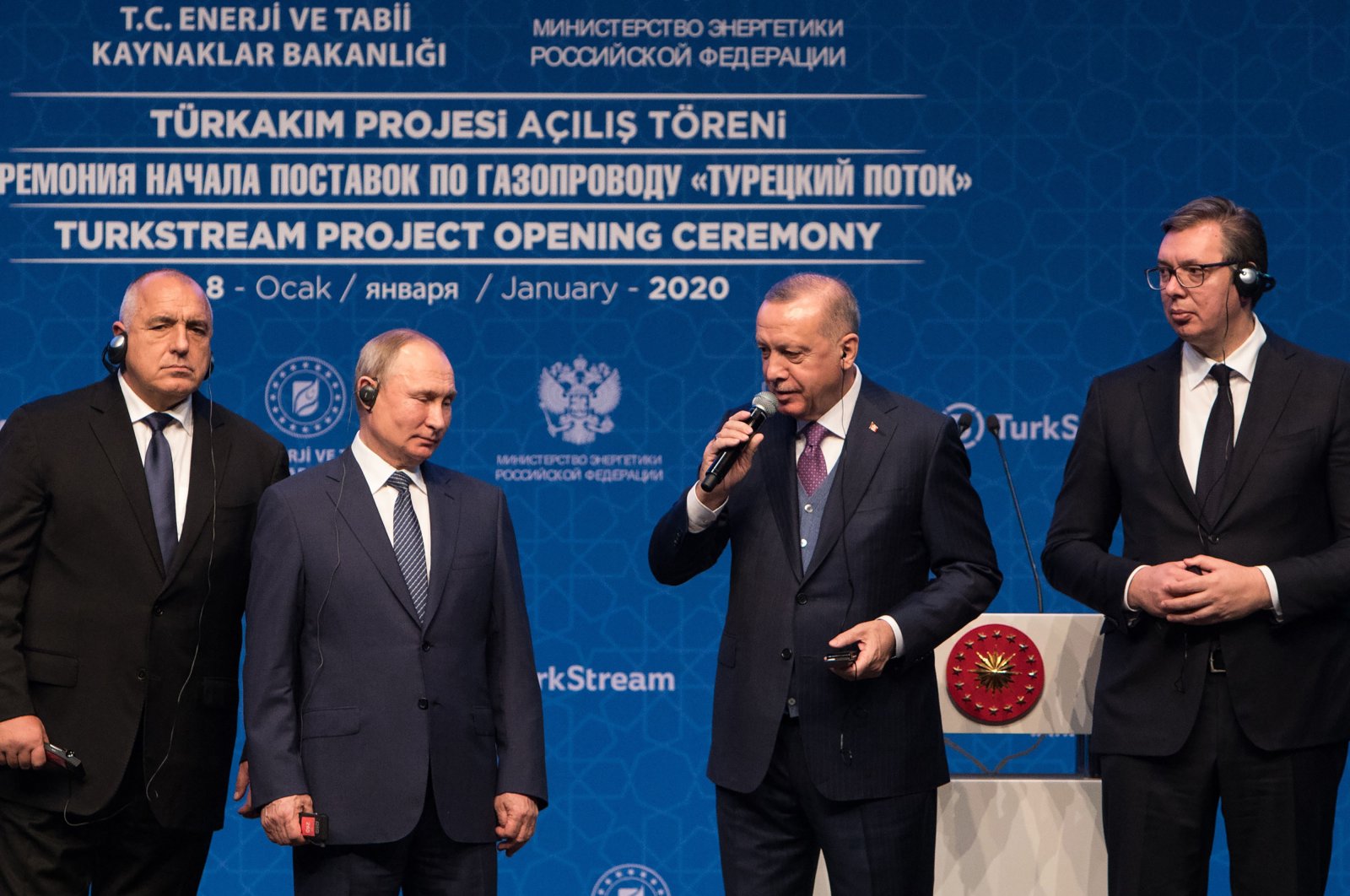 The TurkStream natural gas pipeline, dubbed a milestone between the two countries and an excellent example of Turkish-Russian cooperation in energy, has continued to deliver Russian gas to Turkey and European markets for more than a year, the head of the operating company on the Turkey side said Thursday.

TurkStream Gas Transport Inc. General Manager Şakir Arıkan, speaking to Anadolu Agency (AA) on the first anniversary of the inauguration of the project, said, “With the expropriation, acquisition, construction and commissioning operations completed in record time in 2019, a total of 5.8 billion cubic meters (bcm) of gas was safely transported to Europe without interruption.”

He also said TurkStream Gas Transport Inc. was established to realize the “milestone project of Turkey-Russia relations” in energy.

"We have successfully completed 2020 activities despite the pandemic that coincided with the starting period,” he said, adding that they have carried the Russian gas belonging to Gazprom Export, a Russian energy giant Gazprom subsidiary responsible for export businesses, “through the pipeline, ensuring the highest level of operational safety.”

“At the end of the first year in TurkStream, an exemplary project in Turkish-Russian cooperation, we have earned Europe's full confidence,” he added.

Arıkan said that the natural gas entering the Bulgarian pipeline system from the Istranca (Strandzha) Gas Metering Station in Bulgaria reached millions of consumers in Greece, Romania and Macedonia, as well as in Bulgaria.

Emphasizing that TurkStream is progressing in line with the schedule and that it is an exemplary project in terms of commercial balance, Arkan stressed that this project showed to the world once again that Turkey is a reliable partner and is sought after for international energy projects.

“With the direct gas supply from Russia, the supply security coefficient of our country has also increased,” he said, adding: “Our next goal will be to fulfill the duty our country has given us through the intergovernmental agreement by keeping our safe business operations at the highest level and to provide the best quality and economic service to our partners and stakeholders.”

Expressing that they carry out the annual maintenance of the line simultaneously with other operators, Arıkan explained that they manage the planned controls and maintenance except for heavy maintenance from the center in Kırklareli province in northwestern Turkey, and the gas flow from the headquarters in Istanbul.

TurkStream was first announced in December 2014 by Russian President Vladimir Putin during his visit to Turkey.

The intergovernmental agreement for the project, which was designed to operate for at least 50 years, was signed between then-Energy and Natural Resources Minister Berat Albayrak and Russian Energy Minister Aleksandr Novak on Oct. 10, 2016.

The official opening of TurkStream, which consists of two 930-kilometer-long (578-mile-long) sea lines extending from the Russian city of Anapa to Turkey's Kıyıköy district in Kırklareli and two separate landlines of 142 and 70 kilometers each, was presided by President Recep Tayyip Erdoğan and Putin on Jan. 8, 2020.

Each line of the TurkStream has a capacity of 15.75 bcm, making the pipeline’s total capacity 31.5 bcm, with one line transferring natural gas to Turkey and the other one to European markets.

A 142-kilometer pipeline from Kıyıköy to Bulgaria was built by TurkStream Gaz Transportation Inc., in which Turkey's Petroleum Pipeline Company (BOTAŞ) and Gazprom Export hold 50% shares each.

Within the scope of the project, the Kıyıköy Gas Receiving Terminal was built by the South Stream company, which is fully owned by Gazprom.

The 70-kilometer line, which is connected to the national grid in the northwestern Turkish province of Tekirdağ from the reception terminal in Kıyıköy, is among the investments made within the scope of the project.

The Serbian leg of TurkStream was put into operation during a ceremony held on Jan. 1.