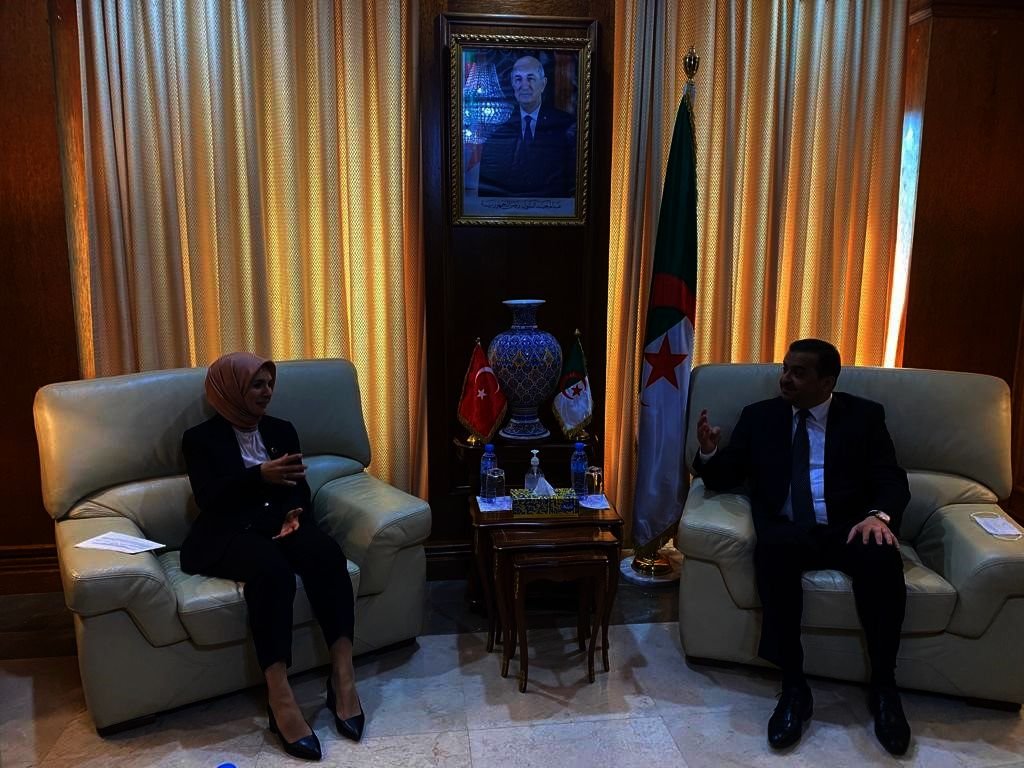 Algeria’s Energy Ministry said the country is aiming to form new partnerships with Turkey in the energy and mining sectors under a new hydrocarbons law.

The statement said the two officials reviewed the two countries' "excellent" bilateral cooperation and partnership relations and discussed prospects to further develop them.

They explored possibilities of further increasing cooperation in the field of energy and mining in particular, as well as other business and future investment opportunities, it added.

Arkab offered "the possibility of implementing Turkish investments in the fields of research and oil exploration, developing the petrochemical industry and the production and transmission of electricity," the statement read.

They discussed ongoing preparations to hold a joint governmental committee between Algeria and Turkey during which a business forum will also be organized, it also noted, without providing additional details.

In December 2019, Algeria adopted a new hydrocarbons law which, according to officials, included incentives for foreign companies such as tax and customs exemptions, especially during research and exploration.

For her part, Ambassador Göktaş conveyed the interest of Turkish companies in strengthening their presence in Algeria.

The project's total financial cost is $1.4 billion, with Renaissance Holding owning a 66% stake and Sonatrach 34%. The project aims to produce polypropylene plastic used in several industries, including cars and textiles.