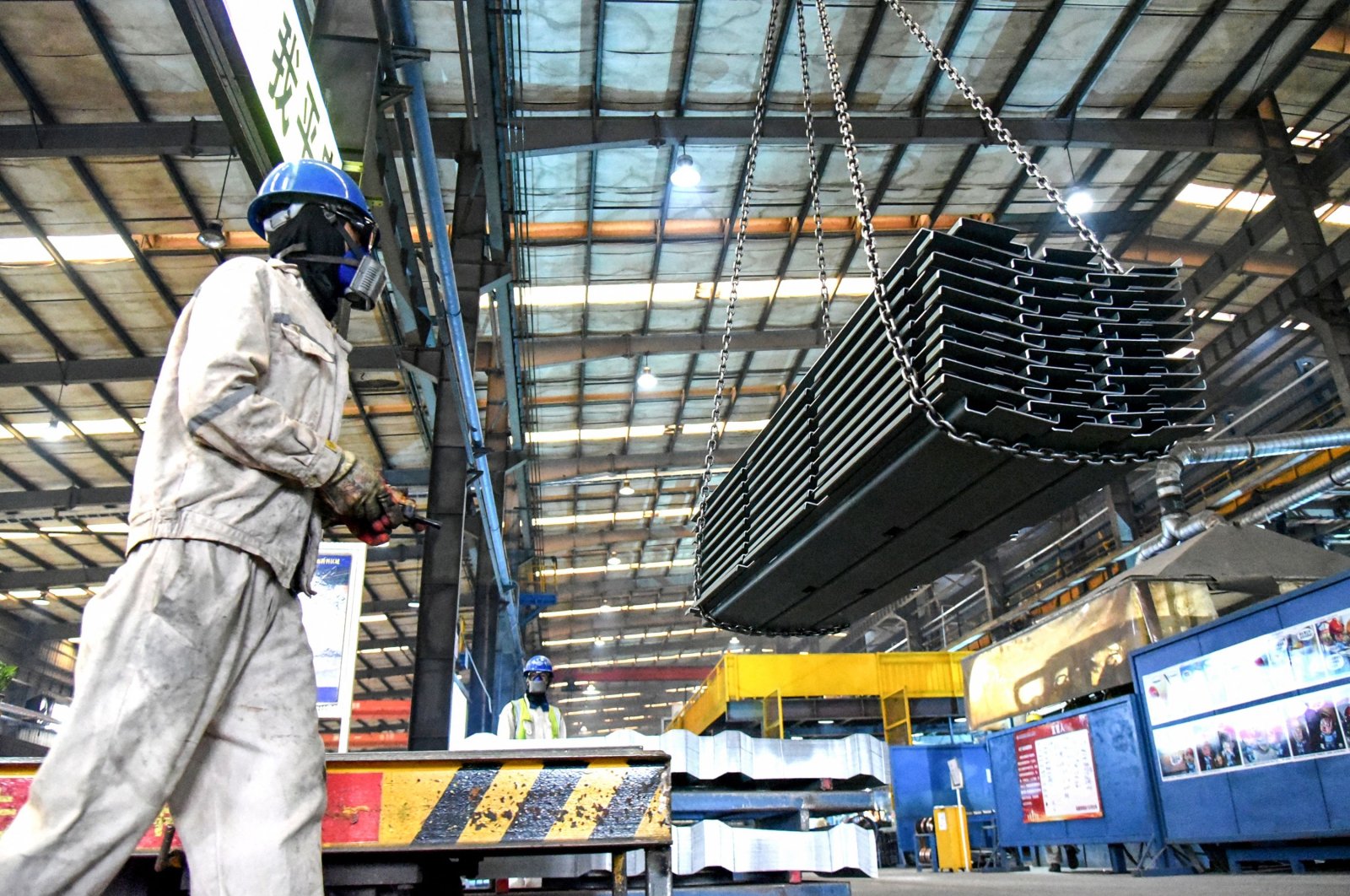 Chinese coal prices held near record highs on Thursday as cold weather swept into the country’s north and power plants stocked up on the fuel to ease an energy crunch that is fueling unprecedented factory-gate inflation.

A widening power crisis in China – caused by shortages of coal, record-high fuel prices and booming post-pandemic industrial demand as it shifts to greener fuels – has halted production at numerous factories, including many supplying big global brands such as Apple.

Producer prices have risen due to output curbs caused by a power crunch at a home and a monthslong global commodity price rally. But Chinese businesses have been reluctant to pass on the higher costs to local customers due to already soft orders.

Data on Thursday showed consumer inflation eased last month, weighed by weak demand for goods from clothing to household appliances, as well as a decline in volatile food prices.

“On one side, the relatively weak domestic demand requires a certain degree of easing to support a recovery in demand while on the other side, record high PPI restricts the room of easing,” said Jianwei.

Underpinning producer prices, global commodity prices surged in recent months driven by increased demand for coal and metals as economies around the world reopened after being shut due to the COVID-19 pandemic. Labor shortages and transportation bottlenecks have also lifted prices globally.

Adding to the price pressures in China, widespread power cuts in September disrupted output across the cement, steel and aluminum industries. China's power crunch has stemmed from a coal shortage amid efforts to meet decarbonization goals and record prices of the fuel.

Prices rose in 36 out of 40 industrial sectors last month, up from 32 sectors in August, the data showed. Prices in mining and coal jumped 74.9%, up sharply from August’s 57.1% rise.

But the consumer price index rose 0.7% year-on-year in September, slowing from a 0.8% increase in August.

Cold winter weather is likely to worsen the situation.

China’s National Meteorological Center on Wednesday forecast strong winds could knock the average temperature by as much as 14 degrees Celsius (25.2 degrees Fahrenheit) in large parts of the country this week.

The three northeastern provinces of Jilin, Heilongjiang and Liaoning – among the worst hit by the power shortages last month – and several regions in northern China including Inner Mongolia and Gansu, have started winter heating, which is mainly fueled by coal, to cope with the colder-than-normal weather.

Beijing has taken a slew of measures to contain coal price rises including raising domestic coal output, rationing of power at factories and assuring energy supplies will be secured for the winter heating season.

China is confident in achieving full-year goals even though economic growth slowed in the third quarter, Premier Li Keqiang said, reiterating Beijing’s message that the country will ensure power supply this winter and next spring.

Earlier this week, China in its boldest step in a decadeslong power sector reform said it would allow coal-fired power plants to pass on the high costs of generation to commercial and industrial end-users via market-driven electricity prices. That has boosted expectations that this would encourage power generators to raise output.

Beijing will allow coal-fired power prices to fluctuate by up to 20% from base levels, an increase on previous limits.

However, others believe it still would not make up for the high costs of coal.

The effort to restore power supplies in the country “relies a lot more on administrative pressure and orders than on economic incentives to power plants,” said Lauri Myllyvirta, lead analyst with the Centre for Research on Energy and Clean Air in Helsinki.

“At current coal prices, the tariff increase allowed by the wider price band is a modest sweetener at most,” Myllyvirta said adding “at 1500 yuan a ton ($233 per ton), the fuel cost per kilowatt-hour is 0.6 to 0.7 yuan whereas the benchmarks are generally less than 0.4 yuan per unit.”

In a sign that consumer inflation is not indefinitely immune to broader price pressures, Foshan Haitian, China’s largest manufacturer of soy sauce, said this week it plans to raise prices by as much as 7% from Oct. 25 due to rising costs for raw materials, transportation and energy.

Beijing had been trying to reduce its reliance on polluting coal power in favor of cleaner wind, solar and hydro.

“Making sure people are warm and keep businesses running – that’s obvious, of course, you need to that. Even as an environmentalist you don’t want to get into a situation where you risk turning society against the climate transition,” said Dimitri de Boer, chief China representative with the European environmental consultancy ClientEarth. “But that should be coupled with deploying renewables as fast as possible, to avoid similar situations in the future.”

Local governments in top Chinese coal-producing areas Shanxi and Inner Mongolia have ordered some 200 mines to boost output but flooding in top coal producer Shanxi has worsened the supply outlook, with analysts expecting electricity shortages and rationing to continue into early next year.

Daily coal output has reached the highest since February at more than 11.2 million tons, while average coal stocks at its power plants can support about 15 days of use, according to an official from the National Energy Administration in a news briefing Wednesday.

China would like to grow its coal trade with Mongolia, state news agency Xinhua reported on Tuesday. Beijing has also asked Russia to double electricity supplies from November to December, according to Russian news agency TASS on Thursday.

More than half of the regions in Mainland China managed by State Grid have enforced power consumption cuts since last month.

The most active January Zhengzhou thermal coal futures were up 3% at 1,608.8 yuan per ton earlier on Thursday. The contract traded near record levels hit on Wednesday and have risen more than 200% year-to-date.