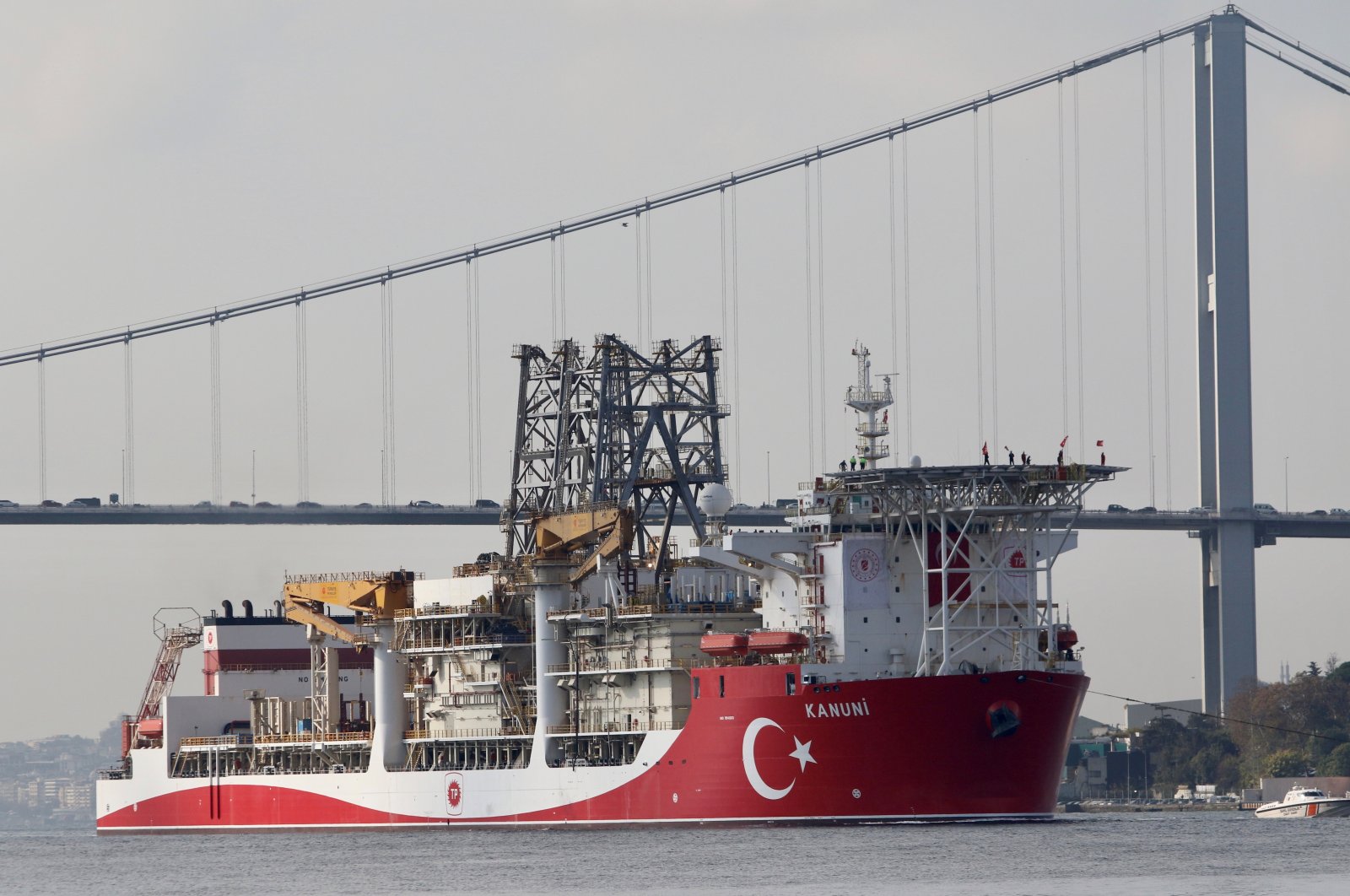 Turkey’s third drilling ship, Kanuni, is preparing to set off for the Black Sea, the country's energy and natural resources minister said Sunday.

"Kanuni is preparing for drilling in the Black Sea. The (ship's) tower has been assembled. The countdown has begun," Fatih Dönmez said on his Twitter account.

The vessel departed from Istanbul in mid-November for maintenance at the Port of Filyos on the sea's coast before starting its mission at the Sakarya gas field.

It will join the drillship Fatih, which also set sail from the same location on May 29 for the Black Sea where the vessel discovered 405 billion cubic meters (bcm) of gas.

To attain similar results in the Black Sea, Kanuni was added to Turkey's fleet at the beginning of this year.

After conducting required maintenance and upgrades in Mersin's Taşucu Port, the ship arrived at Haydarpaşa Port on Oct. 19. There the ship's towers were dismantled to pass under bridges over Bosporus.

The Kanuni is expected to start its first drilling in the Black Sea early next year.

The 227-meter-long, 42-meter-wide vessel has been equipped with the latest technology.

The sixth-generation ultra drillship was built by South Korea's Samsung Heavy Industries in 2012 and used by Brazil's Petrobras between 2012 and 2015.

The drillship has a draft of 12 meters and its equipment can reach up to 11,400 meters below sea level and drill to a depth of 3,000 meters below the seabed.