COVID-19 update on economy: Over 200 US firms file for bankruptcy due to low oil prices 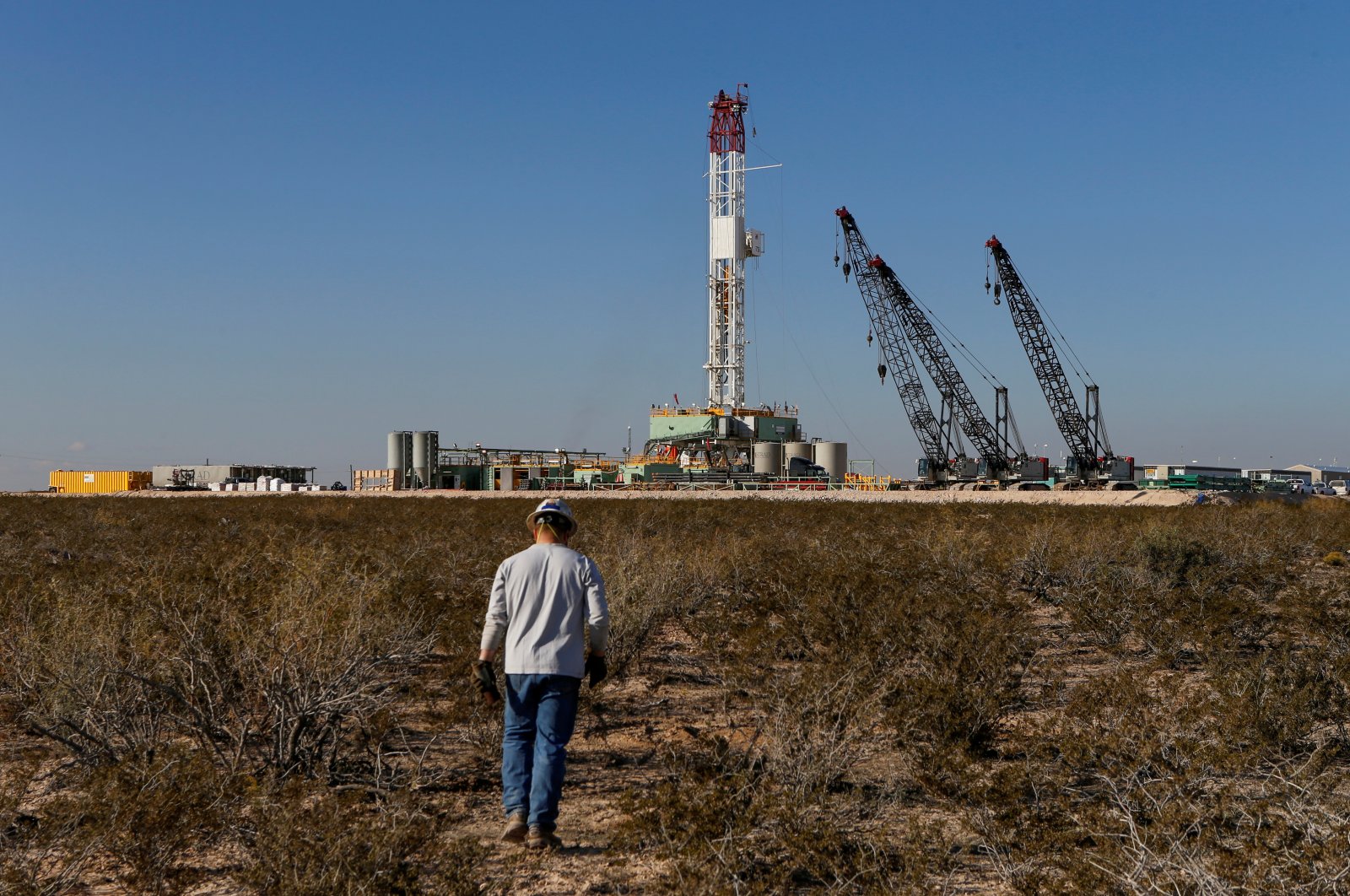 An oil worker walks toward a drill rig after placing ground monitoring equipment in the vicinity of the underground horizontal drill in Loving County, Texas, U.S., Nov. 22, 2019. (Reuters Photo)
by Compiled from Wire Services May 26, 2020 12:55 pm
RECOMMENDED

The number of U.S. oil-producing companies filing for bankruptcy has exceeded 200 in the first quarter of 2020, and as billions of dollars in revenue have vanished amid low oil prices, thousands of workers have also lost their jobs.

Due to the coronavirus, crude oil prices last month hit their lowest level since 1999, taking a major toll on the U.S. oil industry.

"Thousands had already lost their jobs before COVID-19 because the companies cut back their drilling programs significantly," Ed Hirs, an energy economist at the University of Houston, told Anadolu Agency (AA).

"The oilfield service workers lost their jobs first. Now, the producers are cutting back on staff and field workers," he added.

The number of oil rigs in the U.S., an indicator of short-term production in the country, plummeted to 258 for the week ending May 15, marking it the lowest level since July 2009, according to the latest data released by oil field services company Baker Hughes.

"If we assume that one rig could drill 12 wells per year at $8 million per well, then the rig would generate $96 million per year of revenue. Extrapolating this, the loss of drilling revenue is more than $60 billion to the industry," Hirs explained.

He said the ripple effects from this across the economy will be devastating for the people living in the Permian basin, the Eagle Ford and North Dakota, referring to the most prolific shale basins in the U.S.

April's historic price crash, which has left U.S. crude prices down 50% since January, already put tens of thousands of oil service veterans out of work. The cuts have gone deep into the ranks of managers, taking seniority and skills gained through past downturns.

Such cuts, which are expected to accelerate this year, spell trouble for firms when it comes to restaffing and tapping know-how from prior busts, said some industry executives interviewed by Reuters.

Halliburton this month cut 22% of its headquarters staff while Schlumberger recently reshuffled its executive team and warned of "significant" expenses for job cuts this quarter. Oil major BP plans to cut half its senior managers in the coming months.

Since March, some 66,300 oil field jobs, or 8.5% of the sector's workforce, disappeared, according to an analysis by trade group Petroleum Equipment and Services Association. For all of 2016, when crude oil prices slumped amid a supply glut, employment in the sector fell 17.4%.

"Losing talented people is a concern," said Kevin Broom, a PESA director who did the analysis. "We're going to need that knowledge and expertise when demand returns."

Career website LinkedIn.com has dozens of goodbye posts from workers with 15 to 30 years experience in the oil field, many with top firms Schlumberger, Halliburton and Baker Hughes Inc. More than two dozen tributes appeared recently from mid to senior-level Schlumberger executives.

As for potential investment losses, Hirs said the estimated amount is already in the billions.

"It is difficult to forecast the amount of money that will be lost. But, just for Texas the lost GDP is more than $135 million per day and more than $24 billion if the oil price stays down in the $30s versus the $60/bbl (per barrel) it was on Jan. 1," he said.

And, it is even more difficult for oil producers to find loans in a low price environment, given that crude prices are down, global oil demand is very low and quarantine measures are suppressing oil consumption all around the world.

"Many of the endangered companies had some amount of hedging in place to help them survive 12 to 18 months of a price collapse," Hirs said, but he warned, “the write-downs of asset values and the lack of new loans from banks and other lenders will spell the end for many companies.”

The worst oil bust in decades has slashed the bounty that flowed to millions of rural Americans like those in Texas where shale-related jobs had also lifted the employment rate to a multiple of the national average.

Cumulative debt over $129B

The total number of bankruptcy filings in the North American oil sector has exceeded 200 in the first quarter of 2020, according to a report by Texas-based international corporate law firm Haynes and Boone.

The law firm has monitored the number of North American oil and gas producer bankruptcies since 2015. The firm said after the initial wave in the low oil price environment of 2015-2016, more than 100 bankruptcy filings were recorded.

Since January 2020, oil prices fell from $63 per barrel to below $20 during some days in March this year, the firm said, adding: "It is not clear at this point where oil prices will end up over the succeeding quarters, but the trend is clear. Lower for longer is the watchword for producers and their creditors."

"As of early April, there is reason to expect that, just like the COVID-19 virus in the U.S., it will get worse before it gets better," the firm said in its report.

For the five years up to April 1, 2020, the cumulative debt of oil-producing companies in the U.S. reached more than $129 billion in aggregate, according to the report.

If the price of American benchmark West Texas Intermediate (WTI) remains low and averages around $30 per barrel this year, 170 more companies in the U.S. oil and gas industry may file for bankruptcy in 2021, according to Norway-based Rystad Energy.

"U.S. oil and gas operators, including producers of all sizes, amount to just above 9,000. The number might seem high, but most of these operators represent small, family-owned businesses operating a single-digit number of wells," the independent energy research company said in a report.

"The smaller operators are also the most vulnerable in this crisis, as they often don’t have the cash stack to navigate the downturn and if they shut their wells, they are not likely to ever restart them again," it added.

During the previous oil price crash from mid-2014 to 2016, when the price of Brent crude plummeted from $115 per barrel to below $30, more than 250 oil firms in the U.S. went bankrupt, nearly 300,000 workers lost their jobs and more than $250 billion in investments evaporated.

The U.S. shale industry responded to the low price environment by lowering expenditures and introducing innovations such as cloud technology and artificial intelligence to more accurately and efficiently access reserves during the exploration stage.

This ultimately made the U.S. the world's largest crude oil producer in November 2018, surpassing Saudi Arabia and Russia.

The U.S.' crude oil production climbed to a record high of 13.1 million barrels per day (bpd) last month. This fell dramatically, by 1.6 million bpd, in the past two and a half months due to low prices and COVID-19 to 11.5 million bpd for the week ending May 15, according to the country's Energy Information Administration (EIA).