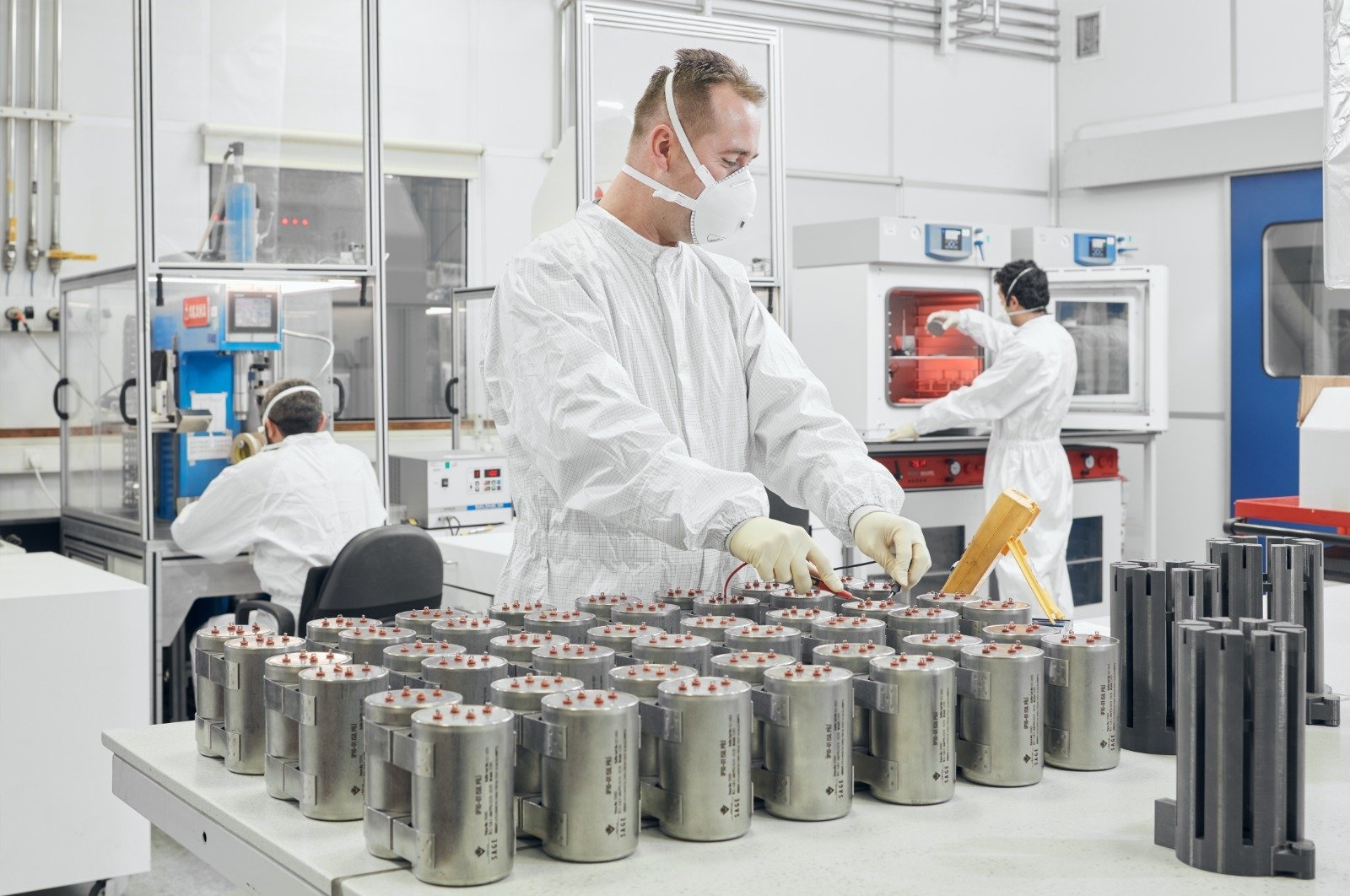 Turkey’s domestic manufacturing of thermal battery, a device that stores and releases high levels of electrical energy, has helped the country’s economy save $91 million (TL 630 million) since the start of its production in 2006, the technology minister said Tuesday.

"Thirty-eight of these models have been in production and have been qualified with respect to globally accepted military standards," he said.

Thermal batteries are widely used as primary and secondary power sources in various military and aerospace applications, due to their reliable, maintenance-free and durable structure, as well as their capability of meeting long shelf-life requirements of more than 20 years. They are single-use (non-rechargeable) devices, custom-designed according to the system’s specifications.

The batteries are supplied to Turkish defense companies such as ASELSAN, ROKETSAN and Turkish Armed Forces (TSK) for smart munitions systems. The product also acts as the main power supply to domestic missiles, including SOM cruise missile, HGK guidance kit, air to air missiles, the Gökdoğan (Peregrine) and Bozdoğan (Merlin).

Varank said SAGE has helped the country become self-sufficient to meet the entire domestic demand for thermal batteries and added that the country started to export the product since 2012.

"The product has great export potential. We recently received a pre-order from another European Union country and are at the stage of signing an important contract," he added.