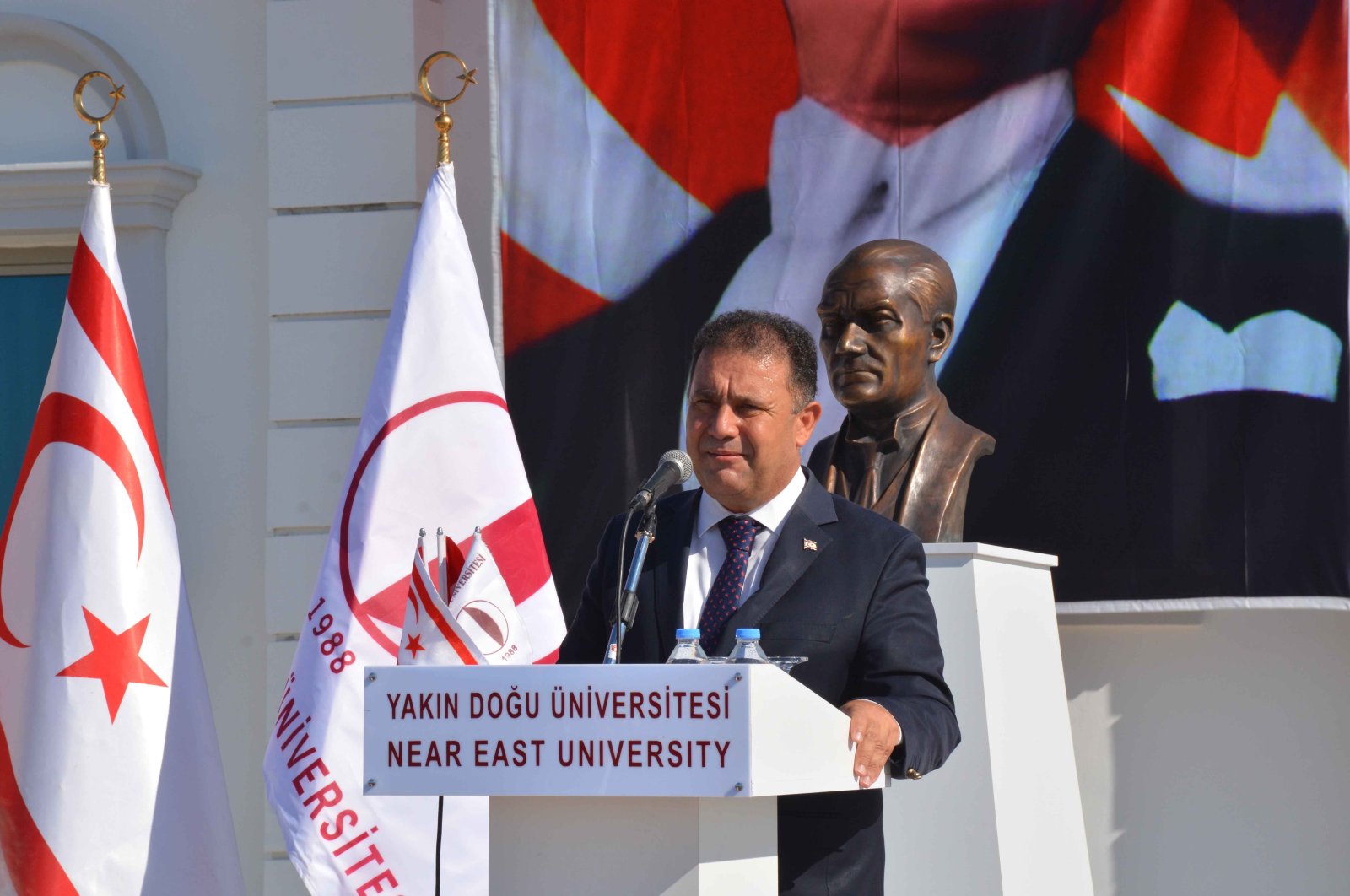 Turkish Republic of Northern Cyprus (TRNC) has established a crisis management desk in response to an oil leak in the Mediterranean from a power plant in Syria, Prime Minister Ersan Saner said Tuesday.

Saner noted that the TRNC is monitoring the spill, which is expected to reach the island soon, in cooperation with Turkey, according to a statement from the prime minister's office.

TRNC Minister of Tourism and Environment Fikri Ataoğlu noted that they have taken all precautions against the oil spill from Syria and technical teams have launched work in this regard. He said TRNC Coast Guard Command and security forces have been deployed in the Karpaz area and have been monitoring developments.

Meanwhile, a team of experts from Turkey is also expected to arrive on the island Tuesday, Ataoğlu said.

Three vessels are headed to the island from Turkey to intervene, upon the instructions of Turkish Transportation Minister Adil Karaismailoğlu, he said.

The size of the leak ranges from 2 to 4 tons of fuel, Syria's electricity minister told the pro-regime Al-Watan newspaper on Monday, adding that a committee had been formed to investigate the cause.

Initial satellite imagery showed an oil sheen 36 kilometers (22 miles) long but newer imagery shows that the spill is larger than anticipated and is reaching deeper into the Mediterranean.

Turkey is taking all measures to prevent an oil slick from Syria from spreading to the Karpas coast of Northern Cyprus, the Turkish vice president said Monday.

"We are taking the necessary measures by mobilizing every means available that we have without giving any chance to the spill to turn into an environmental disaster," Fuat Oktay told Anadolu Agency.

The relevant ministries "rapidly" discussed the situation during the day, said Oktay, adding Turkey’s Transport and Infrastructure Ministry will take the necessary measures at sea and the Environment and Urbanization Ministry on the Karpas coast.

Stressing that President Recep Tayyip Erdoğan is also following the developments closely, Oktay said: "We are in contact with Turkish Republic of Northern Cyprus (TRNC) President Ersin Tatar and the TRNC authorities as well. The Turkish Embassy is [also] monitoring the matter closely."

Air and sea units of the Turkish Coast Guard Command plan to carry out flights to determine the current position of the slick in the sea, he added.

A delegation with the General Director of Environmental Management will also head to the TRNC on Tuesday, he said.

The aim is to control the slick in the open sea before it reaches the shore, he said.

"In this context, all relevant organizations are mobilized and are closely following the issue," he added.