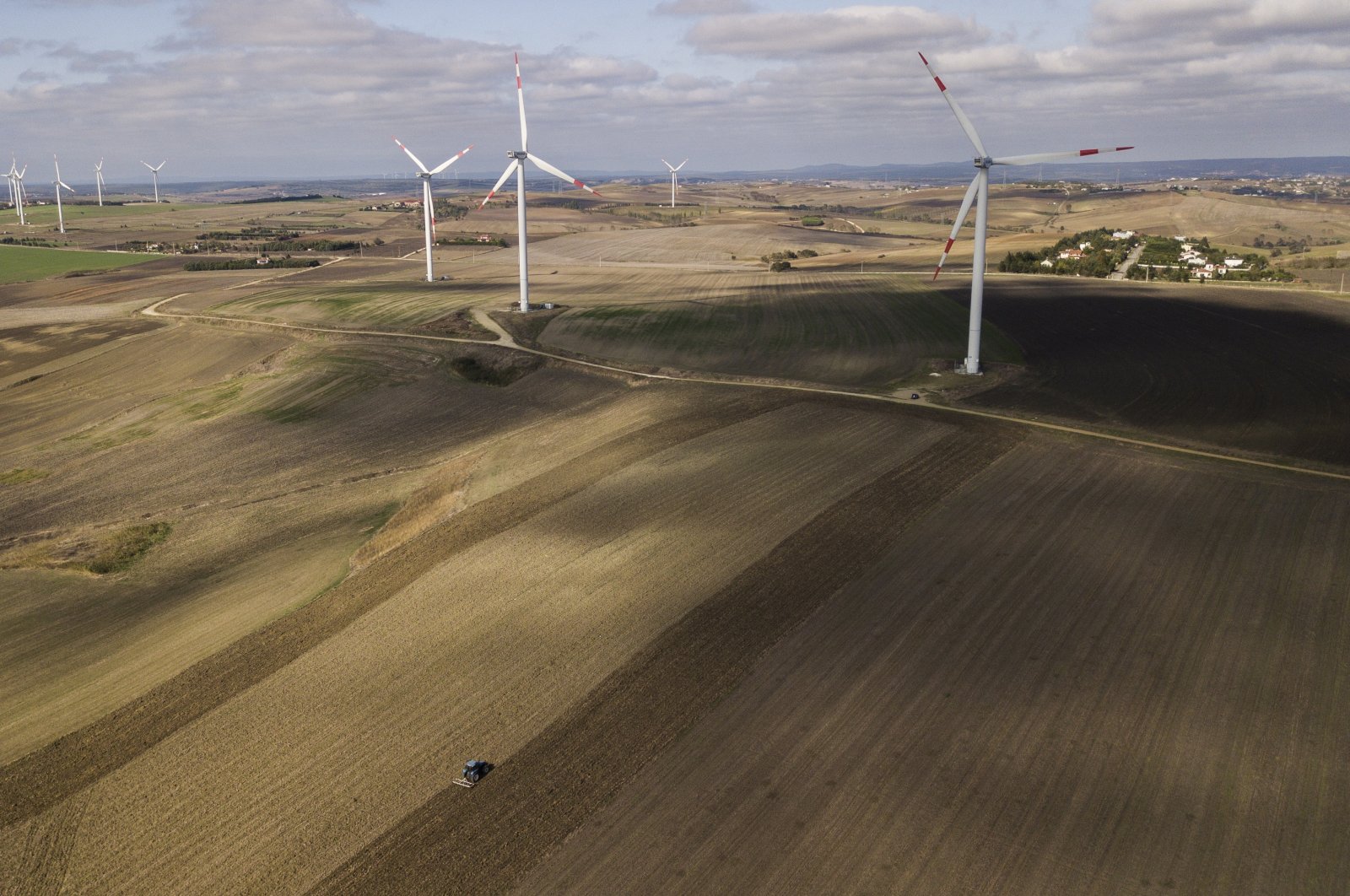 A Turkish farmer plows his fields with a tractor near wind turbines in the Istanbul countryside, Turkey, Oct. 22, 2020. (EPA Photo)
by Daily Sabah with AA Jan 13, 2021 2:17 pm
RECOMMENDED

Dönmez’s remarks came in his address at an online conference titled Renewable and Smart Energy Applications in Municipalities, organized by the Union of Municipalities of Turkey (TBB).

The minister said Turkey’s energy intensity, a measure of the energy inefficiency of an economy calculated as units of energy per unit of the gross domestic product (GDP), is higher than developed countries, such as Germany and Japan, and stands above the average of Organisation for Economic Co-operation and Development (OECD) countries.

If Turkey is to achieve its aim of becoming one of the world's top 10 economies it must decrease its energy intensity, boost energy efficiency and fully utilize its own resources, he said.

Stressing the importance of energy efficiency, Dönmez emphasized that this efficiency was responsible for the 1,000 megawatts capacity of power production from 10 plants.

The annual contribution of local and renewable energy resources to Turkey's economy amounts to nearly $100 million, he said.

The renewal of the country's regulations pertaining to rooftop solar PV installations will allow for their greater expansion with the support of local authorities, whom Dönmez describes as key shareholders in energy efficiency efforts.

To further bolster renewables, Dönmez announced that there was no longer a limit on unlicensed power production, which had been capped at 5 megawatts.

“From now on, municipalities are now allowed to produce the renewable energy they need, including solar, depending on the power levels of the electrical connection,” he said.

He added that local authorities would be able to sell the surplus energy produced and generate additional income.