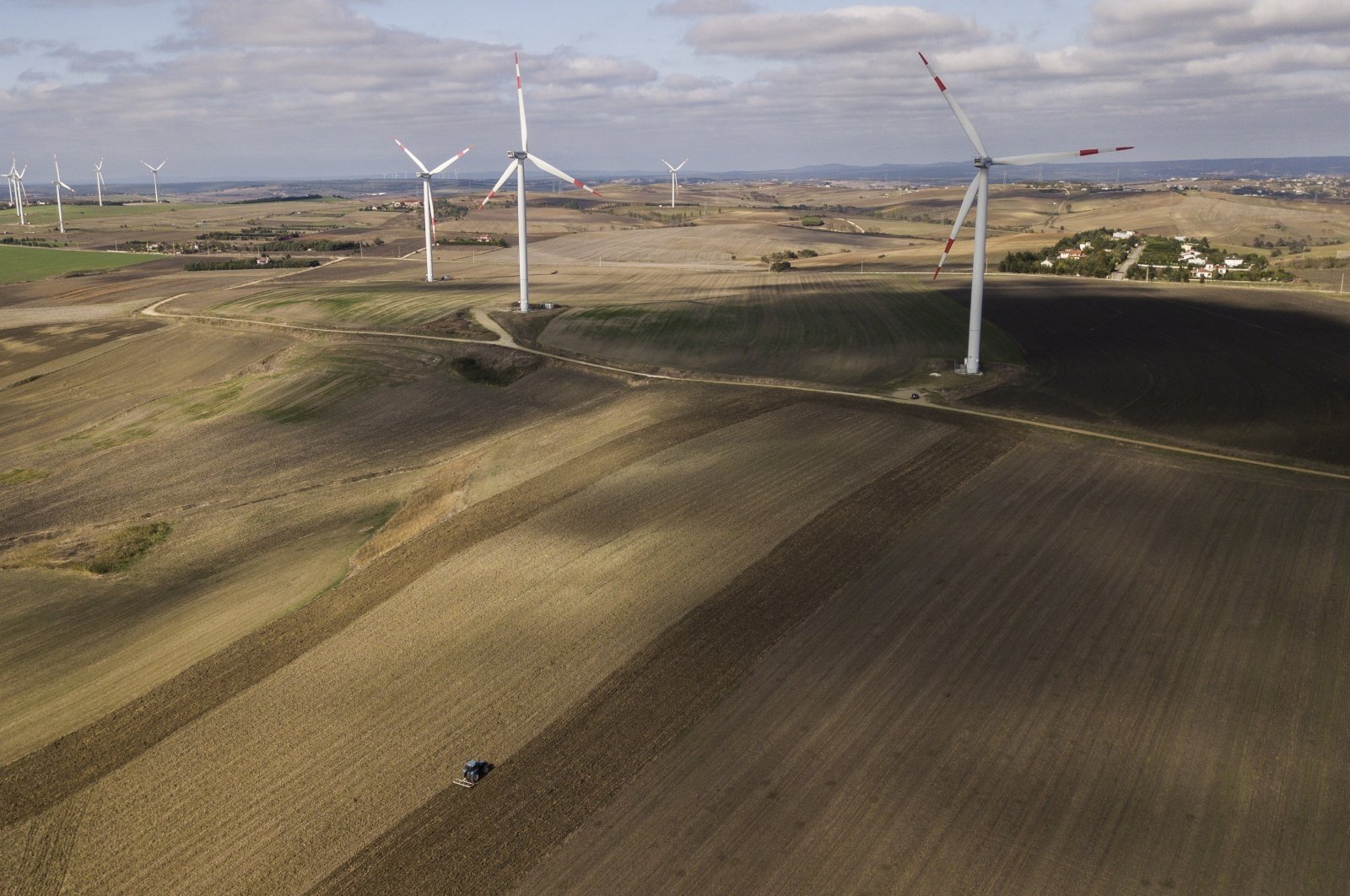 A Turkish farmer plows his fields with a tractor near wind turbines in the Istanbul countryside, Turkey, Oct. 22, 2020. (EPA Photo)
by Anadolu Agency Apr 07, 2021 1:33 pm
RECOMMENDED

The minister was speaking at the Eurasia Cogeneration Conference via videoconference.

He said that thanks to energy efficiency measures, the industrial sector saved 170,000 tons in final energy demand per year between 2003 and 2018.

"We announced our National Energy Efficiency Action Plan in 2017. With six thematic topics and 55 actions, we put a target of a 14% reduction in our primary energy consumption and 66.6 million tons of carbon dioxide equivalent emissions reduction by 2023. We made a total of $4.8 billion in investments for energy efficiency between 2017 and 2020. In return, we made savings of 3.19 million tons of oil equivalent and $1.2 billion cumulatively," he explained.

As part of Turkey’s aim to promote energy efficiency in the industrial sector since 2009, Dönmez said that through Efficiency Enhancing Projects, known as VAPs, 434 projects valued at TL 307 million have been launched, some have been completed, while others are ongoing with the support of TL 83 million to date. This, in turn, allowed for savings of 90,000 tons of oil equivalent worth TL 173 million.

"We are broadening the scope of VAP to commercial buildings, energy, services and agriculture sector facilities. With the presidential decision in August 2019, a 15% energy efficiency target was set for public institutions up to the end of 2023. Savings have already reached considerable levels," he said.

Turkey plans to invest around $11 billion for energy efficiency in all related sectors by 2023 in line with the National Energy Efficiency Action Plan.

The country foresees savings of $30 billion by 2033 thanks to these investments and by invoking the 55 action points to develop energy efficiency measures throughout various sectors, including industry, transport, construction, agriculture and energy generation and transformation.