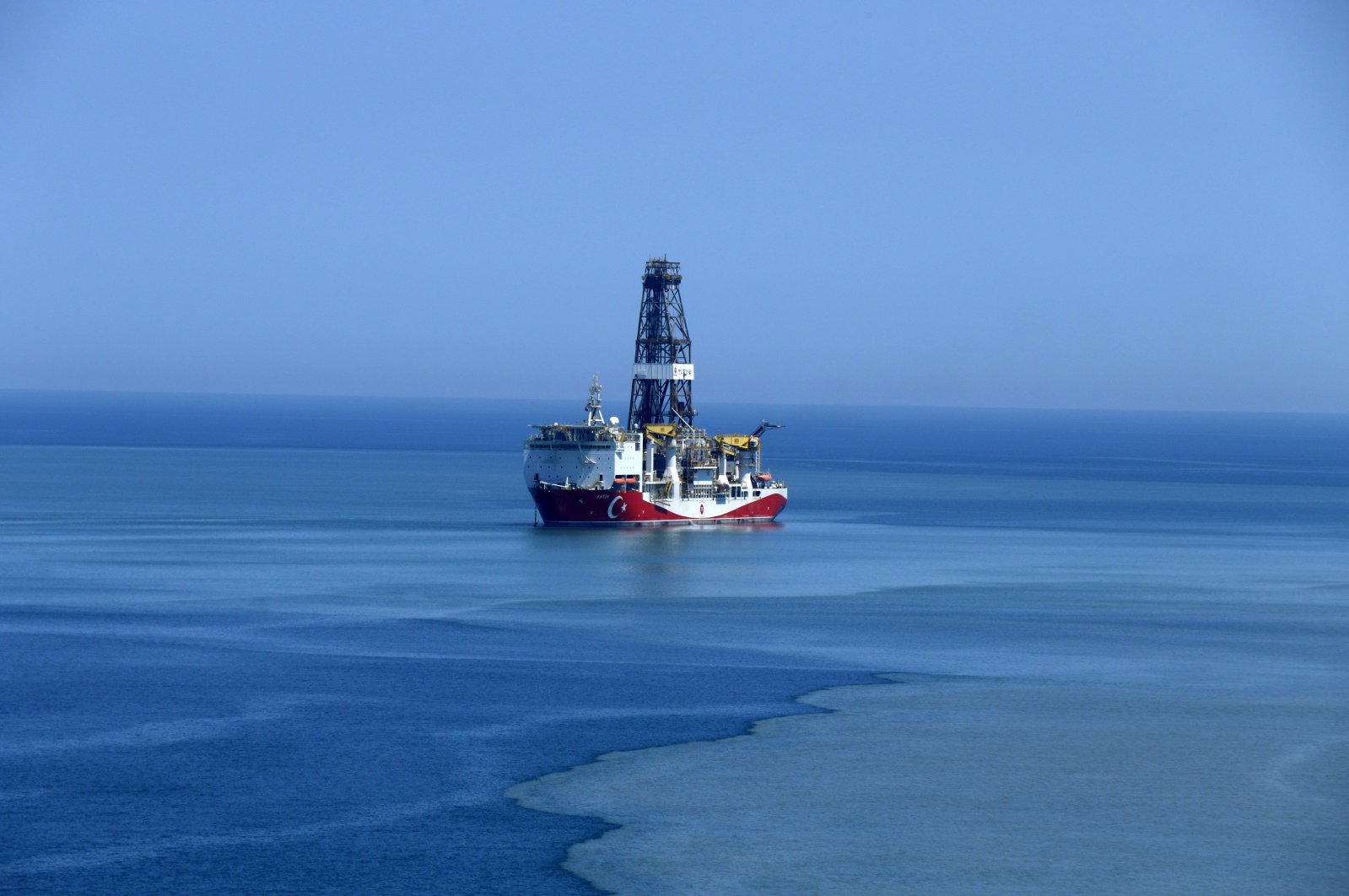 With engineering work already underway, Turkey aims to develop its natural gas field in the Black Sea with a suitable model and prepare it for production, the country’s energy and natural resources minister said Friday.

“Our goal is to bring this gas to our coast and connect it to the system by 2023, the 100th anniversary of our Republic," Fatih Dönmez said in a statement.

Turkey says the discovery, the largest in the country’s history, which was announced last month, contains 320 billion cubic meters (bcm) of recoverable gas. The field is located in the Tuna-1 location of the Sakarya Gas Field in the Black Sea.

“High volume production at such sites does not occur in the first phase. The production planning itself is an optimization job. We anticipate that we will need a certain period of time to get to the highest level of production, but in 2023, we will make the first delivery of gas on land,” Dönmez said.

“We plan to drill 30 to 40 wells in total. Our friends are doing this work right now. We do not see any problem, God willing, we will extract it," he said.

“The timeline we announced is for the first gas delivery,” he told reporters. “It’s not going to be the plateau production, which will take at least an additional two or three years.”

He pointed to the good quality of gas from the Sakarya field, meaning there is no need for a huge investment in processing. Also, he noted that the Sakarya Gas Field lies just 170 kilometers (106 miles) from an existing pipeline along the Black Sea coast.

The official said there was little reason for Turkish Petroleum (TPAO) to ponder partnerships with foreign oil companies, considering the close proximity of the field to the coast and domestic demand. He said, however, that enlisting the help of service companies is likely.

The gas will be brought onshore from a suitable location and will be connected to the main transmission line, Dönmez continued.

“BOTAŞ (Petroleum Pipeline Company) is currently planning the land efforts where there is work to be done, like a coastal terminal. We will be working on structures under the sea. On other hand, we will increase our drillings. By drilling new wells according to the size of the field, we will make the field ready for production,” the minister noted.

Dönmez had earlier said that data suggested more gas will be found as drilling continues deeper under the sea bed. On Friday, he noted there are two more similar layers under the current level and they will need to go another 1,000 meters (3,280 feet) in depth.

“Progress there continues. I hope that tests and analyses will be carried out soon. If we get a positive result from there as well, we will share it with the public,” he said.

A senior energy ministry official said the country expects to find out the full potential of its historic gas discovery next month when drilling of the prospects is scheduled to be completed.

“The timeline will most likely be in October because we are trying to analyze two additional potential reserve areas” under the current level, the official noted. He said there could be an upside potential after the exploration reaches its targeted depth of around 4,500 meters.

The discovery is critical for an economy that heavily relies on imported resources to meet its energy demand. It imports 92% of its crude oil needs and almost the entire gas demand. The country has been paying around $44 billion per year for energy imports over the last decade. Turkey expects the field to meet 30% of its domestic gas demand when plateau production is reached, which is currently planned for 2025.

Dönmez also reiterated the country’s aim of becoming a trading hub in the region for both natural gas and electricity, emphasizing the importance of natural gas discovery in achieving this.

Natural gas that is transported from close geographies like Iran, Azerbaijan, Russia and, if possible, Iraq along, along with gas from the country’s own resources, coupled with possible discoveries in the Eastern Mediterranean, can be brought and stored in Turkey, which already has four liquefied natural gas (LNG) terminals, Dönmez said.

He underlined that the purchases to be traded in Turkey provide a significant supply source, as some amount of that natural gas will be consumed within the country while the rest will be sent to neighboring regions. Southeastern Europe will be the initial target, but exports could possibly extend to the center of the continent.

“The important thing in this respect is to determine the price of the gas in competitive conditions,” he said, noting that there are places in Europe with natural gas markets. “Why can one not exist in Turkey, too?"

Dönmez went on to say that with the discovery of natural gas in the Black Sea, Turkey was proven to be a country capable of achieving success on its own, with its own resources, creating know-how in the field, developing technological opportunities and increasing its own competence.

“Our priority is Turkey, but foreign drilling services can be provided in time depending on conditions,” he added, noting that the TPAO, with its many years of experience, can make a difference in the field as a new player. Dönmez underlined that the upcoming period may reveal new cooperation opportunities for the TPAO as it is not only operating within the country but also has international partnerships, for example, in Azerbaijan, an important Caspian gas exporter.

Dönmez added that they expect cooperation opportunities to gain momentum in regard to both existing partnerships – like those in Iraq, Afghanistan, various parts of Russia, Libya and some parts of Africa – and new ones.