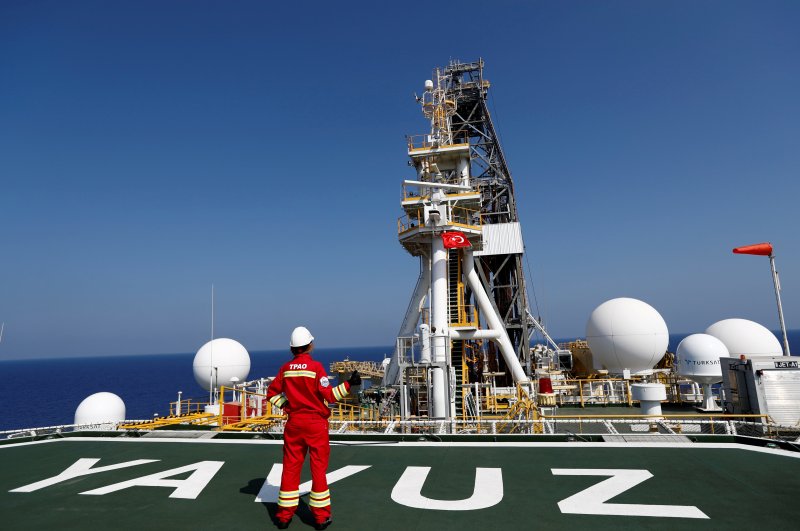 Turkey on Friday slammed the European Union for moving to slap sanctions on two Turkish oil executives over Turkey's legitimate energy exploration in the Eastern Mediterranean, calling the EU action "unlawful" and invalid.

The European Union on Thursday imposed an entry ban and asset freeze on two Turkish citizens from the Turkish Petroleum Corporation (TPAO) involved in Turkey's hydrocarbon exploration and drilling activities in the Eastern Mediterranean off the coast of Cyprus.

The European Council did not name the individuals, as part of a move that follows November’s decision to impose economic sanctions. “These persons are responsible for or involved in planning, directing and implementing offshore hydrocarbon exploration activities in the Eastern Mediterranean that have not been authorized by the Republic of Cyprus,” the EU said in a statement.

"The European Union's adoption of the sanction list against Turkey on Feb. 27, which includes the names of two Turkish Petroleum officials, is a new example of its biased and unlawful attitude under the pretext of union solidarity," said a Foreign Ministry statement.

The sanction "has no value for us, and it is null and void" as it violates both international law and the EU acquis, it added.

"It is most unfortunate to see that the EU still keeps ignoring the rights of Turkey and Turkish Cypriots," said the statement. "The EU should have rather supported dialogue and cooperation in the Eastern Mediterranean."

The sanctions "will not affect Turkey's determination to protect its own rights and that of Turkish Cypriots' in the Eastern Mediterranean. On the contrary, it will further strengthen our resolve," said the ministry.

Over the last few years, efforts to find common ground to allow for the sharing of the Eastern Mediterranean reserves between all actors concerned – namely Turkey, the Turkish Republic of Northern Cyprus (TRNC) and the Greek Cypriot administration – have failed.

Turkey is a guarantor nation for the TRNC and has consistently contested the Greek Cypriot administration's unilateral drilling in the Eastern Mediterranean, asserting that the TRNC also has similar rights to the resources in the region and that Ankara has the right to conduct hydrocarbon drilling there.

Turkey has the longest shoreline in the Eastern Mediterranean, making it a natural candidate for seeking reserves in the region in accordance with international law. The presence of the Turkish Cypriot government in Northern Cyprus also strengthens Turkey's hand as the country defends the rights of the Turkish Cypriots in the region and insists that their consent is needed for any type of drilling activities.

Ankara is currently carrying out hydrocarbon exploration activities in the Eastern Mediterranean with two drilling vessels, Fatih and Yavuz, along with Oruç Reis and Barbaros Hayrettin Paşa seismic vessels in the same region.

Turkey's active position in regional matters was further grounded Nov. 27, 2019, when it signed a memorandum on an exclusive economic zone (EEZ) with the Libyan Government of National Accord (GNA).

The Turkey-Libya agreement has established a bilateral maritime delimitation regime between the countries to secure the Turkish rights in the Mediterranean and protect them from acts of infringement of the third parties.