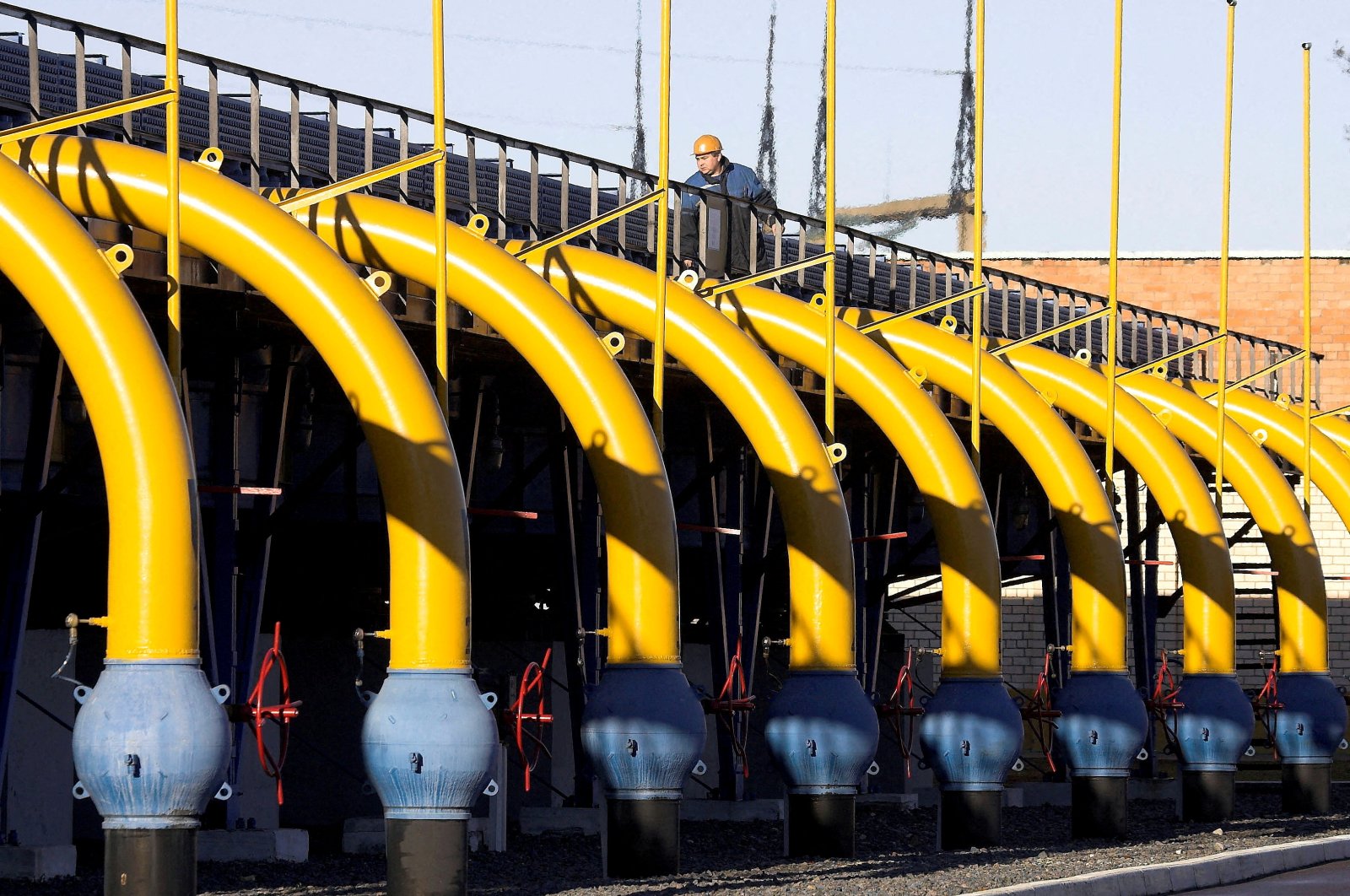 It all raises the question: How exactly is Europe, which imports most of its energy, going to make it through the winter without a gas disaster, especially if the season turns out to be colder or longer than usual?

Here's how the European Union, home to 447 million people, will try to deal with the crisis:

Utilities turn to gas stored in underground caverns to handle sudden additional demand for gas for heating or electricity. But Europe started 2020 with gas storage only 56% full, compared with 73% a year earlier. The reasons vary: cold weather last winter, lack of Russian deliveries on the spot market and robust demand in Asia for liquid natural gas that comes by ship. Europe's association of pipeline operators says cold weather would mean needing to import 5% to 10% more gas than the maximum volumes observed in recent years to avoid the risk of shutoffs.

The benchmark price in Europe is around 80 euros per megawatt hour ($91.74 per megawatt hour), more than four times its level of 19 euros at the start of 2021 and up from as low as 4 euros in 2020. Prices have eased from as much as nine times their level at the start of last year. That price shock is feeding through to utility bills, alarming consumers and politicians.

Analysts at Rystad Energy used ship-tracking data last month to watch 11 tankers bringing liquid natural gas, or LNG, to Asia make U-turns in the middle of the ocean to take advantage of lucrative sales in Europe. With prices so high, traders were tempted to divert cargoes to Europe even if they had to offer 100% of the price as compensation, analysts at data firm Energy Intelligence said.

“I wouldn't say that LNG is 100% enough, but it will play a very important role" in Europe's energy solution, said Xi Nan, head of liquid natural gas markets at Rystad. But she added a caveat: “Depending on how much Europe is willing to pay.”

State-owned Gazprom has sold less short-term gas through its pipelines crossing Poland and Ukraine and hasn't filled as much of its European storage as it normally does, though it appears to be fulfilling its long-term contracts. Analysts believe Russia may be underlining its desire for Europe to approve the Nord Stream 2 pipeline to Germany that bypasses Poland and Ukraine. There also are increased tensions with Europe over Russian troop deployments near the Ukraine border.

As storage caverns are depleted toward winter's end, the pressure falls and gas comes out more slowly. That means reserves might not fall all the way to zero but might deliver gas too slowly to meet a sudden surge in demand.

European governments are offering cash subsidies to consumers to soften the blow in the short term. Sweden became the latest Wednesday by announcing 6 billion kronor ($661 million) to help households most affected by higher electric prices.

For the longer term, the solution is more investment in renewables such as wind and solar. Yet officials concede gas will play a role for years during that transition.

The resource-rich Central Asian country supplies oil to the EU – but not gas – and the oil flow wasn't affected by violent protests that began over soaring fuel prices but quickly spread, reflecting wider discontent over Kazakhstan’s authoritarian government.

A late-winter cold snap in 2018 sent energy prices skyrocketing. Britain warned that some industrial uses of electricity powered by natural gas could face shutoffs. It didn’t come to that, but no one wants to see that scenario. Nor a repeat of the disruption from January 2009, when a pricing dispute between Gazprom and Ukraine led to a two-week shutoff in southeast Europe. It cut off gas heat to 70,000 apartments in Sarajevo, the capital of Bosnia-Herzegovina, forcing people to stay with relatives and emptying stores of space heaters.

“If all else fails”

EU legislation requires countries to help each other in the case of a gas shortfall. Governments can declare a gas emergency and shut off industrial customers to spare households, hurting the economy but sparing a humanitarian and political disaster.

In theory, they can demand cross-border gas supplies from each other. In recent years, Europe has built more reversible pipeline connections but not enough to cover the entire continent, leaving some countries more exposed than others.

Yet the system has never been tested, and there are questions about how willing countries would be to share gas in a crisis. The European Commission, the EU's executive branch, is working on revising the rules to include joint gas purchases but on a voluntary basis, said Ruven C. Fleming, energy law blogger and assistant professor at the University of Groningen in the Netherlands.

The revision “is a quite clear indication that even those who installed the mechanism don't think it would work very well,” Fleming said.