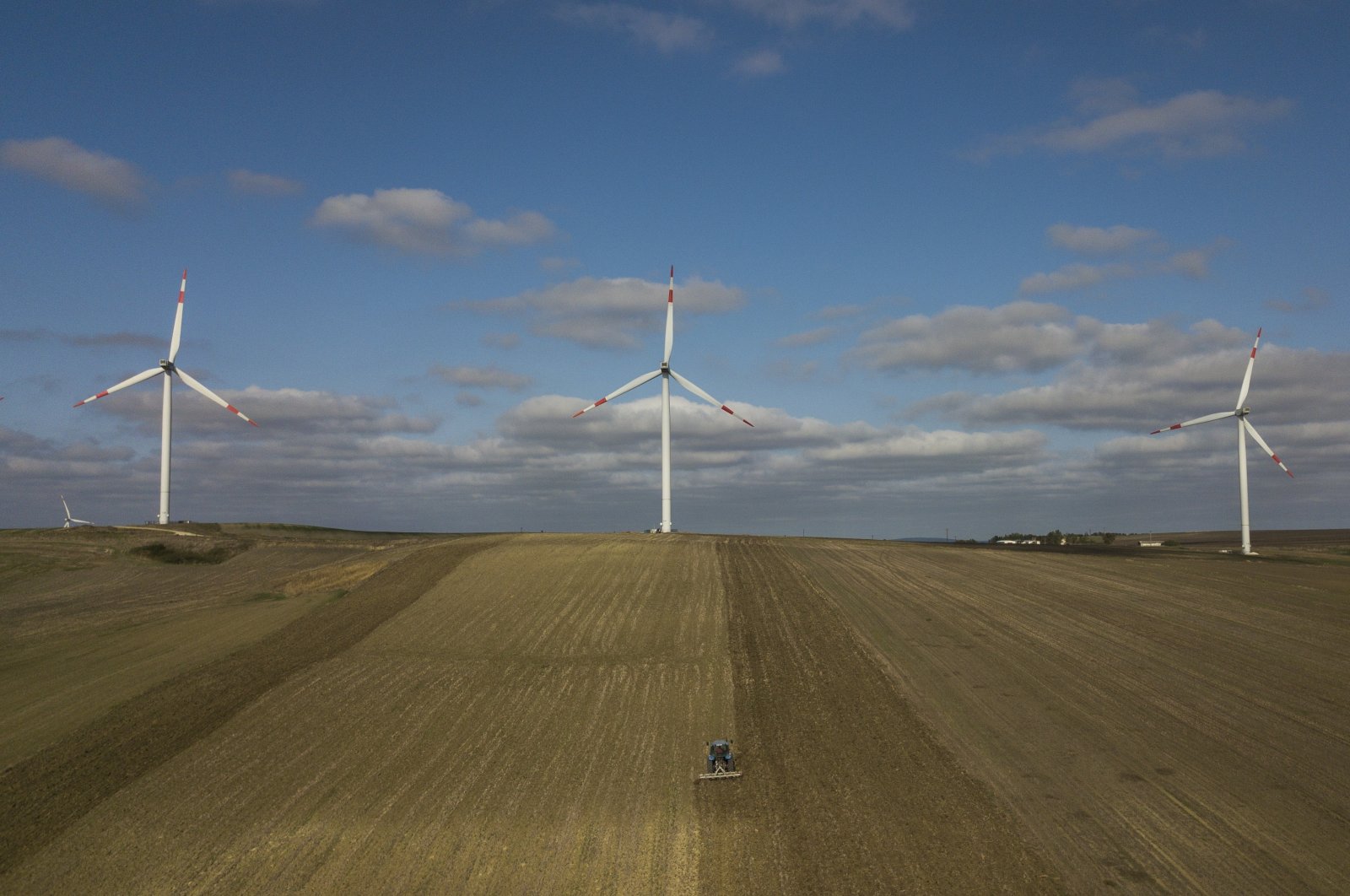 An aerial picture taken with a drone shows a Turkish farmer plowing his farmland with a tractor in front of wind turbines in the countryside of Istanbul, Turkey, Oct. 22, 2020. (EPA Photo)
by Anadolu Agency Oct 27, 2020 12:32 pm
RECOMMENDED

The European Union's Green Deal plan will have a direct impact on Turkey's trade relations with the bloc which can be used as a means of transforming the country's production infrastructure, said a senior business figure in the country.

"There is a funding opportunity of 1 billion euros ($1.2 billion) under the Green Deal plan," stressed Rifat Hisarcıklıoğlu, the head of Turkey's Union of Chambers and Commodity Exchanges (TOBB) on Monday.

Urging all stakeholders to make the most of these programs, he said that as TOBB, they would continue to raise awareness and encourage businesses to reap the benefits of EU funding.

"Considering Turkey's export volume to the EU, the deal can affect many areas such as energy, environment and transportation," said Hasan Mandal, the head of the Scientific and Technological Research Council of Turkey (TÜBİTAK).

"We'll consider this as an opportunity, not a threat," he added.

The EU considers climate change and environmental degradation a great threat to Europe and the world.

To overcome these challenges, it plans to form a new growth strategy that would transform the union's economy into a sustainable one. The bloc aims to be climate neutral by 2050.

To reach this target, it plans to invest in environmentally friendly technologies and support industries that innovate and roll-out cleaner, cheaper and healthier forms of private and public transportation.

The plan will also provide financial support and technical assistance to help those most affected by the move toward the green economy, in an initiative dubbed the Just Transition Mechanism.

It will help mobilize at least 100 billion euros between 2021 and 2027 in the most-affected regions.