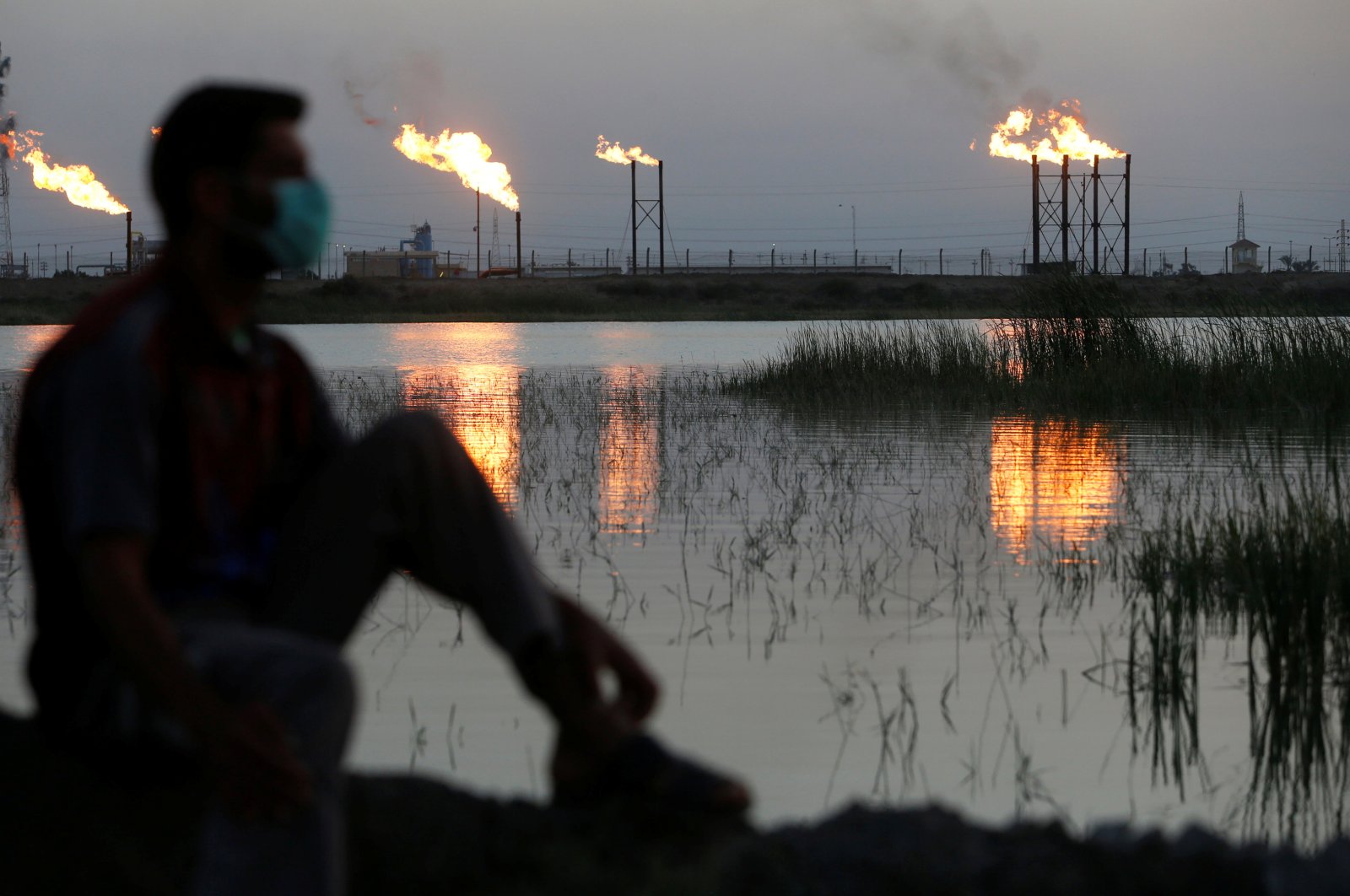 The world has been plunged into a period of uncertainty with the rapid spread of the coronavirus and clash of oil titans Saudi Arabia and Russia, developments with the potential to tip the global economy into recession

With the ever-expanding impact of the new coronavirus on countries' economic output and the latest duel between Saudi Arabia and Russia on oil production, experts are worried about a global economic recession.

The world economy seems to have stepped into a very cloudy March, mostly because of the rapid spread of the virus in Europe and the U.S. and shock waves sent to markets by the world's top oil exporter, Saudi Arabia.

On Friday, the Saudi-led Organization of Petroleum Exporting Countries (OPEC) and Russia-spearheaded non-OPEC oil-producing countries failed to reach a deal to further cut their oil production levels. Soon after, Saudi Arabia, in an aggressive move, said over the weekend it would reduce oil prices and ramp up production, triggering a price war.

The clash of the two oil titans sparked a more than 25% slump in oil prices on Monday, triggering panic selling and heavy losses in global markets, already hit badly by the coronavirus outbreak.

Oil prices managed to recover some of their losses, and Brent oil prices jumped 10% on Tuesday above $37 per barrel after Russian Energy Minister Alexander Novak said Moscow was ready to discuss new measures with OPEC, effectively offering an olive branch to Riyadh.

But in response, Saudi Arabia’s energy minister Prince Abdulaziz bin Salman appeared to rebuff the idea. “I fail to see the wisdom for holding meetings in May-June that would only demonstrate our failure in attending to what we should have done in a crisis like this and taking the necessary measures,” Prince Abdulaziz told Reuters.

The country seemed to be raising the stakes in its price war with Russia and effectively rejecting Moscow’s overtures for new talks after it said Tuesday it would increase its crude oil supply to a record high.

Amin Nasser, chief executive of Saudi Aramco, said the oil giant would increase supply to 12.3 million barrels per day (bpd) in April for customers inside the kingdom and abroad. That’s 300,000 bpd above its maximum production capacity, indicating Aramco may also free up crude from storage.

Saudi Arabia has also agreed with Kuwait to resume output from jointly operated oilfields in the so-called Neutral Zone, production which is not accounted for under Aramco’s output capacity of 12 million bpd.

Saudi Arabia has been pumping around 9.7 million bpd in the past few months. The kingdom holds hundreds of millions of barrels of oil in storage so it can supply oil above its production capacity.

Riyadh’s unprecedented hike in crude supply follows the collapse of talks between OPEC and other producers led by Russia – a grouping known as OPEC+ – which had sought to extend their joint efforts to curb supply beyond the end of March.

Three years of cooperation among OPEC+ producers ended in acrimony Friday after Moscow refused to back deeper production cuts to support prices hit by the coronavirus outbreak.

OPEC responded by removing all limits on its own output. Oil prices plunged as the development revived fears of a repeat of the 2014 price crash, when Saudi Arabia and Russia fought for market share with U.S. shale oil producers, which have never participated in agreed output curbs.

As oil is an industrial commodity, the recent nosedive in its price will impact several fields, including petroleum chemistry, shipping and transportation.

Many economists observed that Saudi Arabia started the oil price war while the spread of coronavirus is crumbling global demand growth, raising risks for global markets. If Saudi Arabia and Russia cannot reach an agreement on an oil production cut, the global economy could enter a turbulent period.

The "global economy is set to enter a recession period with the cost of the virus rising day by day," said Erhan Aslanoğlu, an economics professor at Piri Reis University in Istanbul.

Global economic growth is projected at 2.5% in 2020, and interest rates and commodity prices are falling across the globe.

Aslanoğlu said with the latest coronavirus cases confirmed in Europe and the U.S., global economic activity is being dragged down by more uncertainty.

Among the warning signs was the U.S. Federal Reserve’s urgent decision to lower its policy rate by 50 basis points to the 1-1.25 band last Tuesday, according to the expert. The Fed cited increased risks due to the coronavirus for its decision. Such extraordinary decisions are rare in the history of the Fed and therefore prompted panic in the global markets.

Aslanoğlu argued that governments would have to take concrete steps if the coronavirus continued spreading.

These steps could be adding urgency to the need to rebuild macroeconomic policy space, as well as undertaking reforms to stimulate productivity.

"Governments around the world would enable additional support for their health systems, tax reductions or restructure their public receivables," he said, adding this could offset the limits of expansionary monetary policies.

The governments are expected to raise their health expenditures in the coming period, rather than implementing expansionary monetary policies to support the demand.

It is also thought that budget deficits and social expenses will increase all over the world, leading governments to start discussing social expenditures to be applied in order to eliminate the situations like coronavirus which will adversely affect individuals in the coming period.

The next step for governments may be to look at ways of increasing the basic welfare level, such as universal basic income, to ensure that all individuals are able to meet their personal needs.

How do countries deal with budget deficits?

Given the current circumstances, it is difficult to say that sunny days are ahead for the global economy.

"Risks are on the rise due to the fact that Saudi Arabia and Russia are playing poker with each other, yet sooner or later they have to end this play," an economist from U.S. investment bank JP Morgan told Anadolu Agency (AA) on the condition of anonymity.

He argued that Saudi Arabia's hand is as not as strong as Russia's since its economy is more dependent on revenues from oil sales.

With the sharp cut in oil prices, Saudi Arabia could have difficulty in dealing with its budget deficits and could start selling its assets via the Public Investment Fund, its sovereign wealth fund.

The world’s top two oil exporters each have war chests of around $500 billion to weather economic shocks, according to Reuters.

Saudi Arabia, whose economy largely depends on crude exports, needs oil prices in the region of around $80-$85 per barrel to balance its budget. Russia, however, requires oil prices to be around $42-$45 per barrel.

Moscow said Monday it could withstand oil prices of $25-$30 per barrel for six to 10 years. Riyadh, meanwhile, can afford oil at $30 a barrel but would have to sell more crude to soften the hit to its revenue, according to sources familiar with the matter.

A war of attrition would nonetheless be damaging and force both countries to make difficult adjustments to their economies the longer it dragged on.