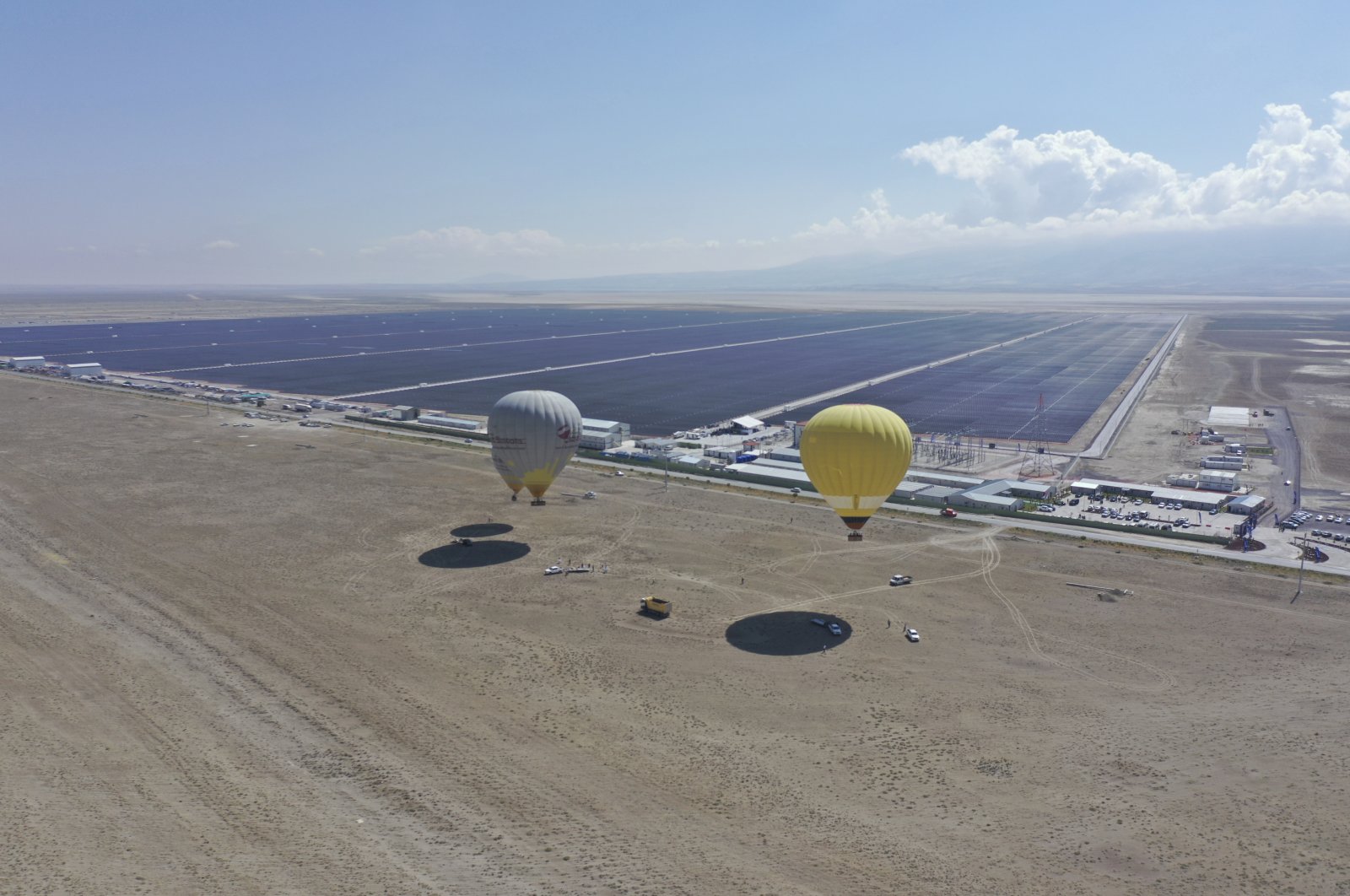 Speaking at the groundbreaking ceremony for the Supervisory Control and Data Acquisition (SCADA) Center at the Karapınar plant in Turkey's central Anatolian province of Konya, Dönmez said the plant is the result of Turkey's first renewables energy YEKA tender, also known as YEKA GES-1, which garnered much attention from both local and international companies, encouraging Turkey to take further steps in renewable energy.

"Today, Turkey ranks 13th globally and seventh in Europe with 7,154 MW of solar capacity. Hopefully, these numbers will increase every year," he said.

The SCADA facility, the foundation of which has been laid today, marks a milestone in localizing energy technologies in Turkey, Dönmez said.

"Our SCADA center will manage and control the plant, while also acting as an information and technology base for the sector and professionals," he added.

Industry and Technology Minister Mustafa Varank said at the ceremony that with the project, the region, which is Turkey’s only desert area, will begin contributing to the economy. "I would like to express my gratitude to the team who prepared this project," he said.

Environment and Urban Planning Minister Murat Kurum said that the whole project will be completed by the end of 2022 and will make significant contributions to the economy.

"Thirty percent of the project has been completed. The entire area will be filled with solar energy and fossil fuel use will be prevented. It will also provide employment for people in Konya," he said.

The Karapınar SPP, which is 20% complete, will be fully operational by the end of 2022 but has already started electricity production.

A Kalyon-Hanwha consortium won the first solar energy YEKA tender bid on March 20, 2017, for the construction of the plant in Karapınar at a cost of 6.99 cents per kilowatt-hour. However, Hanwha withdrew from the project and China Electronics Technology Group Corporation (CETC) stepped in to construct the facility.