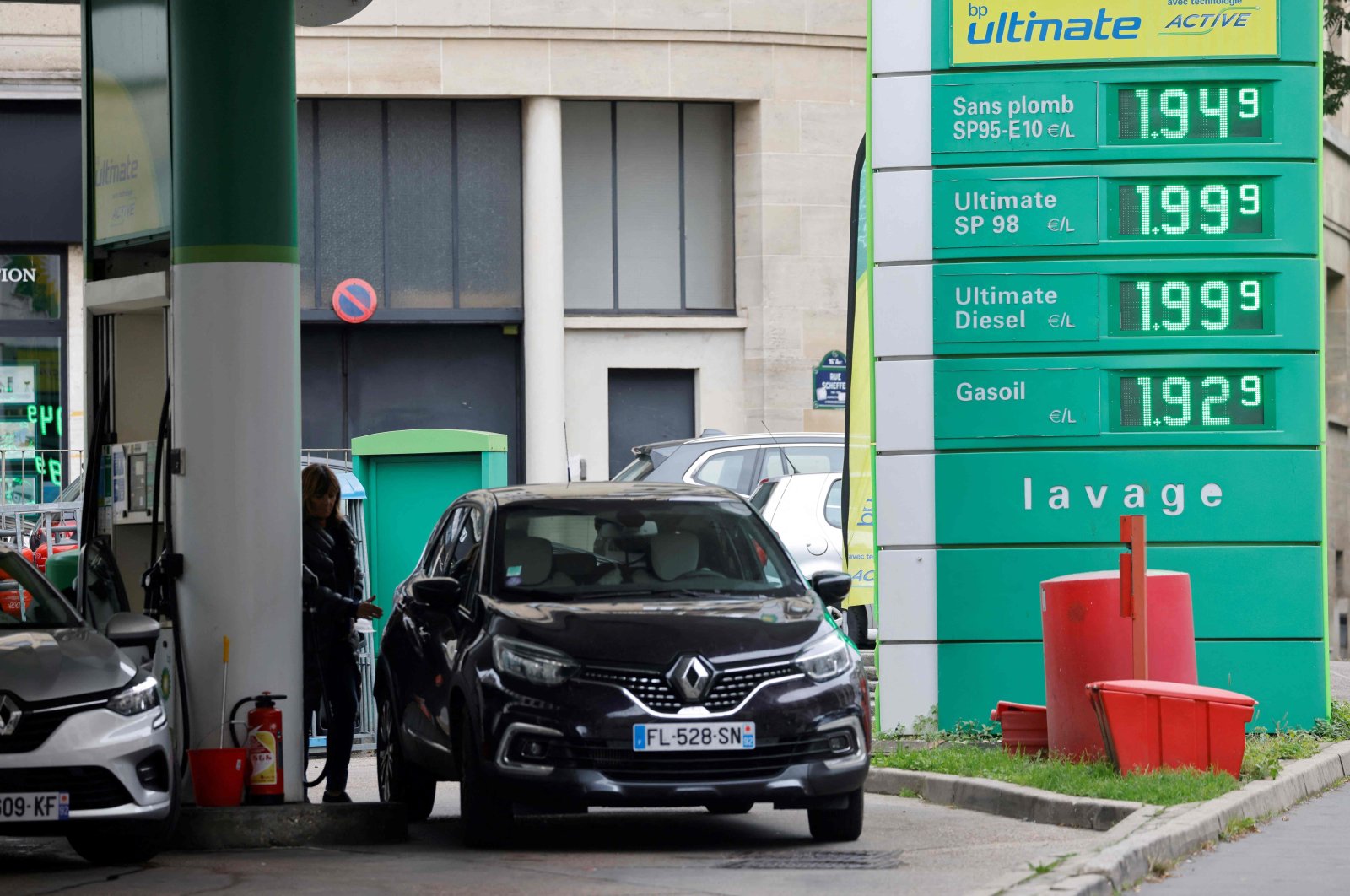 A gas station in Paris where fuel prices rose to nearly 2 euros per liter amid soaring global energy prices as economies bounce back from the effects of the coronavirus pandemic, Paris, France, Oct. 20, 2021. (AFP Photo)
by Reuters Oct 22, 2021 10:18 am
RECOMMENDED

French Prime Minister Jean Castex introduced on Thursday a 100 euros ($116) bonus from the government for lower-income households to help mitigate the impact of rising energy prices, particularly those at the petrol pump.Castex called the payment an "inflation payout" that would be made to citizens earning less than 2,000 euros net per month. It would cost the treasury 3.8 billion euros.President Emmanuel Macron, six months from a presidential election, is seeking to limit damage to his economic record from spiraling energy prices."We believe that this increase in prices is temporary," Castex said in an interview on TF1 television, "but we cannot let it hobble the recovery."The government had already scrambled in recent weeks to cap gas and electricity prices and to help the poor pay winter heating bills as energy prices jumped worldwide on the post-pandemic economic recovery.In late September, Castex said that after an increase in October, household gas prices would likely remain at the same level until the spring. However, on Thursday he said the decrease in world prices would be slower than anticipated and that the cap would remain in place until the end of 2022.As petrol prices steadily climbed in recent weeks, the government faced growing pressure to cut taxes paid at the pump, which can amount to up to 60% of what drivers pay.Finance Minister Bruno Le Maire argued that step would be costly to public finances and would also amount to a subsidy for fossil fuels at a time when the government was trying to wean the economy off them.Taxes on energy and gasoline can be a sensitive issue in France. They sparked waves of weekly demonstrations by protesters known as "Gilets Jaunes" due to the high-visibility yellow vests they wear.Castex said the 100 euro payout would be automatic, and would come on private sector workers' payslips in December, while civil servants and pensioners would receive it in January or a bit later.He added that the 2000 euro threshold would be calculated per person, not per household, and that the government would stick to its 2022 budget deficit target of 5% of gross domestic product (GDP) by compensating the payout with new income and budget savings.