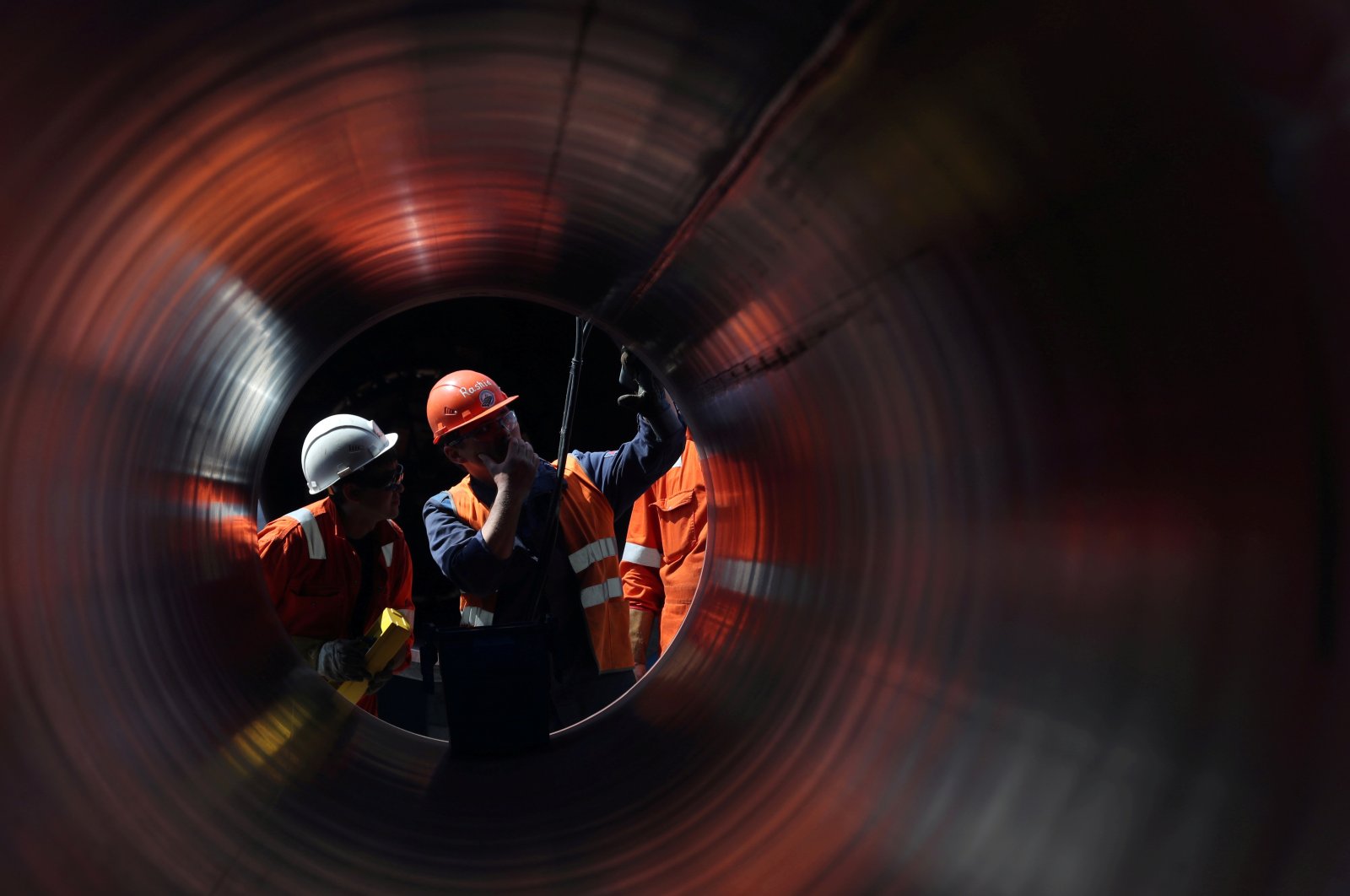 Workers are seen through a pipe at the construction site of the Nord Stream 2 gas pipeline, near the town of Kingisepp, Leningrad region, Russia, June 5, 2019. (Reuters Photo)
by German Press Agency - DPA
Sep 01, 2020 9:34 pm

Chancellor Angela Merkel reaffirmed the German government's determination to complete the construction of the Nord Stream 2 gas pipeline from Russia, despite attempts by the United States to kill the project.

Merkel was visiting her constituency in northern Germany when she spoke about the sanctions Washington has imposed on entities associated with the Baltic Sea pipeline which, once completed, will deliver natural gas to Germany and the broader European market.

"We do not consider these extraterritorial sanctions, that is those that go beyond the territory of the United States, to be legal," Merkel said in Stralsund.

Nord Stream 2 has an important role in the state of Mecklenburg-Vorpommern, which is home to Merkel's constituency.

For instance, the pipes needed in the project's current construction are being shipped from the small port of Sassnitz. And once finished, the Russian gas is eventually expected to arrive in the coastal town of Lubmin.

The U.S. says the pipeline will increase the European Union's dependence on Russia for the commodity, giving Moscow greater political leverage on the continent and a tool to potentially cut off energy supplies.

Critics accuse the U.S. of trying to force its ally Germany to buy natural gas from the U.S. at a higher price than from Russia.

The U.S. began imposing sanctions on the Nord Stream 2 project last year that directly targeted the construction of the underwater pipeline.

Last month, three Republican senators wrote a letter to the port operator in Sassnitz that warned it could be subject to "crushing" sanctions for providing goods, services and support for the pipeline. These so-called secondary sanctions could mean economic ruin for the port.