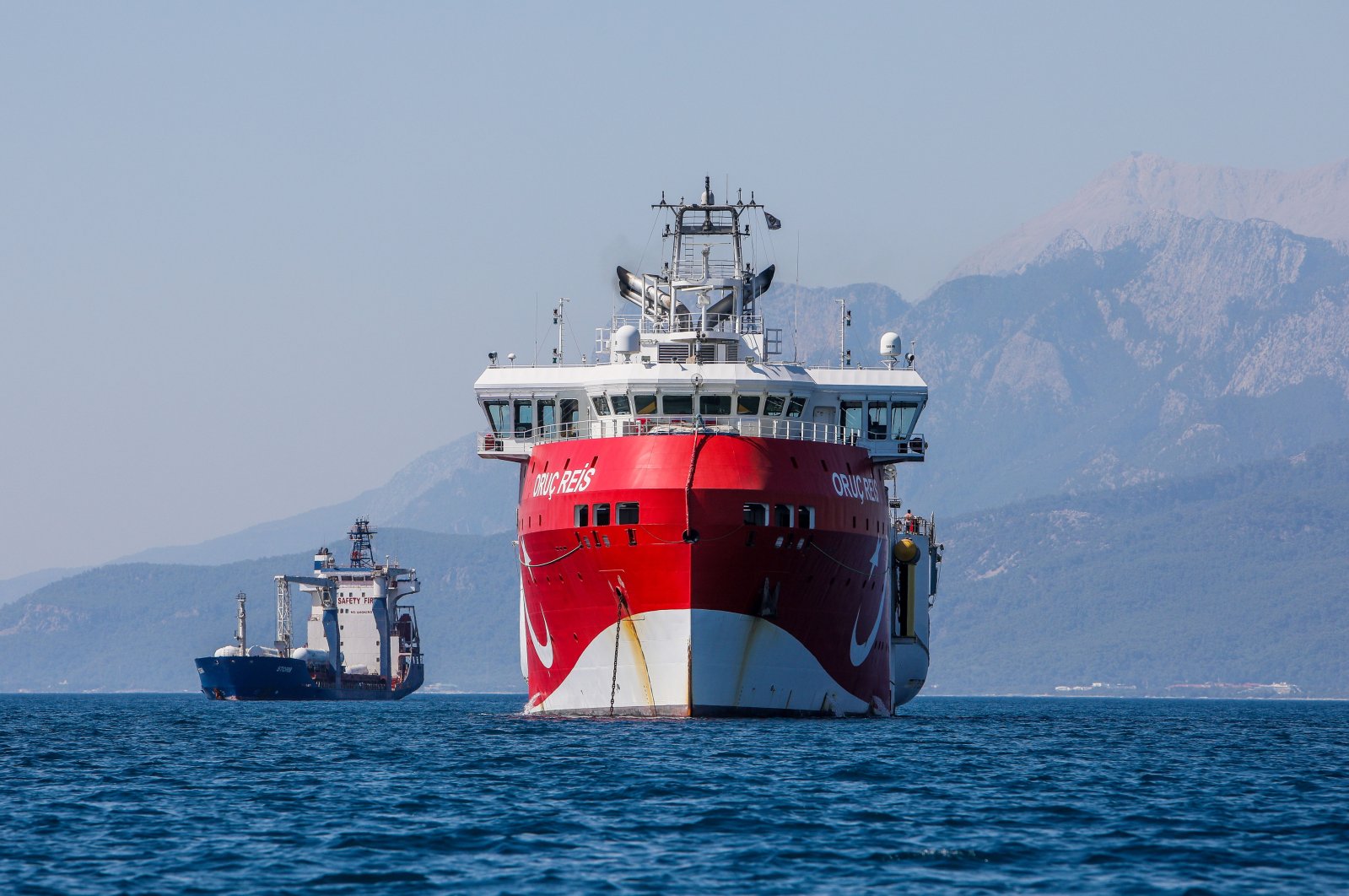 Greece on Tuesday said it was ready for dialogue with Turkey after several days of heightened tensions over hydrocarbon explorations in the Eastern Mediterranean.

Greek Foreign Minister Nikos Dendias said, "Our only problem with Turkey is the determination of the continental shelf and maritime zones."

"We are ready for dialogue with Turkey without any force or threats," he added while speaking in a joint news conference with the visiting Spanish Foreign Minister Arancha Gonzales Laya.

Laya said Ankara also wants dialogue with Athens. She said she hopes the will shown by her Turkish counterpart, Mevlüt Çavuşoğlu, to open a dialogue on oil drilling in the Eastern Mediterranean will be followed by an actual dialogue.

"This has to be put into action. It’s not enough to say you want to talk," she told the conference in Athens following a visit to Turkey on Monday.

Laya on Monday said talks helped reduce tensions between some European Union members and Ankara over energy natural resource explorations in the Mediterranean and that her counterpart mentioned a will to pause exploration in the area for at least a month.

"I hope this message will materialize," Laya said.

Presidential spokesman Ibrahim Kalın on Tuesday said Turkey could pause energy-exploration operations in Eastern Mediterranean for a while, pending talks with Greece.

In an interview with broadcaster CNN Türk, Kalın said President Tayyip Erdoğan had requested that operations be put on hold as a constructive approach to negotiations.

He said Greece was an "important neighbor" to Turkey and added, "We are ready to discuss (all disputes) with Greece without preconditions.”

Turkey has historical relations with Greece, Kalın said, adding that the two countries would work on how to reconstruct this geography together without a fight.

Meanwhile, on Tuesday, Turkish Defense Minister Hulusi Akar warned that any energy project that proceeds in the Eastern Mediterranean without Turkey's participation is "doomed to fail."

"Turkey, as a country with the longest continental coastline in the Eastern Mediterranean has sovereign rights in its maritime areas," Akar told a virtual conference hosted by the Washington-based Turkish Heritage Organization.

"Turkey's hydrocarbon-related activities in the East Mediterranean are completely based on her legitimate rights and international law. Energy projects in the Eastern Mediterranean that exclude Turkey from the energy equation are doomed to fail. We strongly believe peace and stability in the region can be achieved through dialogue," he added.

Ankara had last year sent drilling vessels to the Eastern Mediterranean, asserting the rights of Turkey and the Turkish Republic of Northern Cyprus (TRNC) to the resources in the region. The areas fall entirely within the Turkish continental shelf, registered with the U.N., and in the permit licenses granted to the state-owned Turkish Petroleum Corporation (TPAO).

The Greek authorities on Monday said Turkey has reduced the number of navy vessels in the Eastern Mediterranean.

Tensions in the long-standing dispute between the NATO allies flared last week after Turkey’s navy issued an advisory, known as a NAVTEX, for seismic surveys by Oruç Reis and two support vessels in waters south of the Greek islands of Rhodes, Karpathos and Kastellorizo (Meis in Turkish, Megisti in Greek) through Aug. 2.

It said Greece’s continental shelf claims based on islands far from its mainland incompatible with international law and court decisions.

Kalın said Turkey is ready to do whatever it takes to turn the Eastern Mediterranean into a "sea of peace," and that the area where the Oruç Reis is expected to conduct exploration and drilling activities is 180 kilometers (112 miles) away from the Greek island of Kastellorizo.

"Despite this our president said while the negotiations are continuing, let's be constructive and hold (the energy search) for a while," Kalın said.